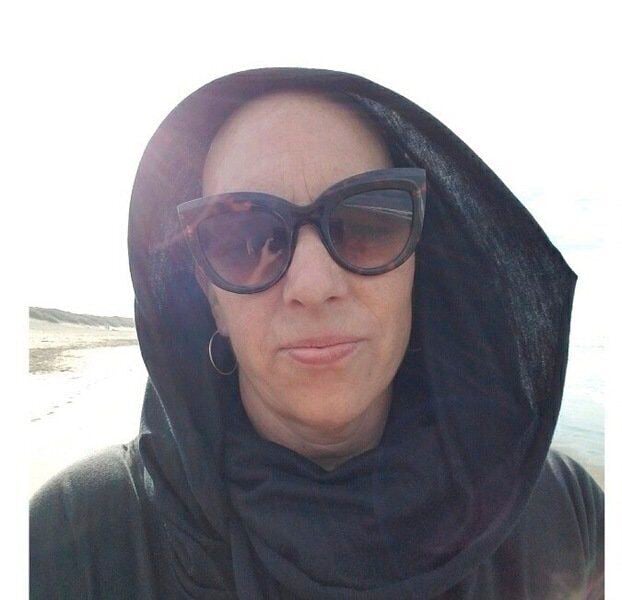 Courtesy photoDoreen DiSalvo, a longtime Salem resident who now lives in California, drew upon her inner strength and got powerful support from others following her diagnosis and during her treatment for invasive ductal carcinoma. 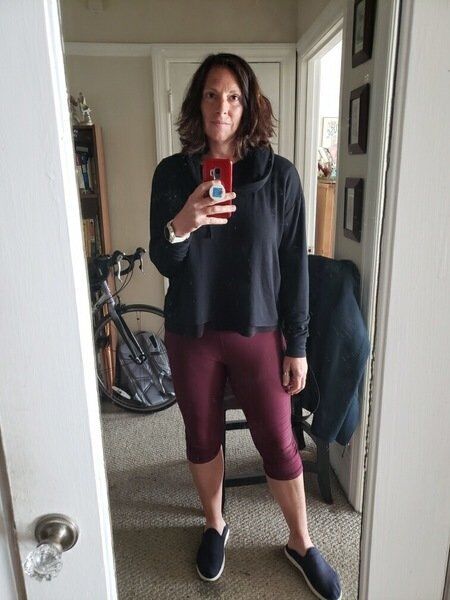 Courtesy photoDoreen DiSalvo, a longtime Salem resident now living in California, was diagnosed in 2017 with invasive ductal carcinoma of the left breast. She says the stigma of being seen as someone who has cancer is challenging, but staying active and connecting with others can be therapeutic. 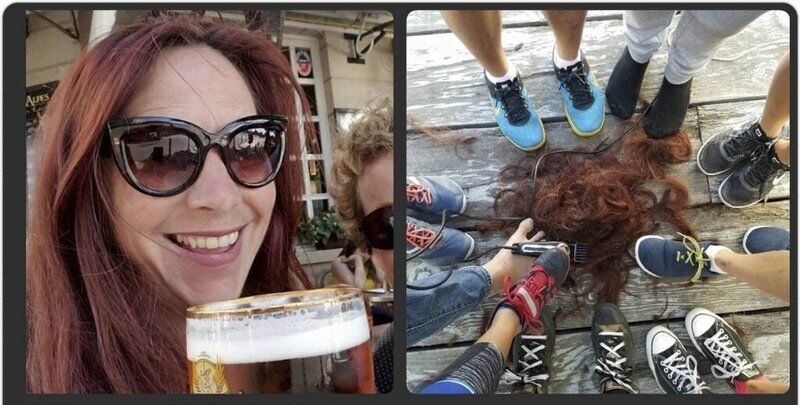 Courtesy photosDoreen DiSalvo gets help from her friends in cutting her hair. It’s better to just shave your head then to worry about your hair falling out during chemotherapy, she says.

Courtesy photoDoreen DiSalvo, a longtime Salem resident who now lives in California, drew upon her inner strength and got powerful support from others following her diagnosis and during her treatment for invasive ductal carcinoma.

Courtesy photoDoreen DiSalvo, a longtime Salem resident now living in California, was diagnosed in 2017 with invasive ductal carcinoma of the left breast. She says the stigma of being seen as someone who has cancer is challenging, but staying active and connecting with others can be therapeutic.

Courtesy photosDoreen DiSalvo gets help from her friends in cutting her hair. It’s better to just shave your head then to worry about your hair falling out during chemotherapy, she says.

By the end of a wide-ranging conversation about her breast cancer, our last question for Doreen DiSalvo was this: A penny for your thoughts?

Three years ago, she wouldn’t have imagined being so vocal.

But breast cancer has changed DiSalvo; or, if not changed her, then pushed parts of her personality to the fore. Spirited parts.

Transplanted to San Francisco in 2007 for work, the former resident of Salem (10 years on Derby Street) and Swampscott with East Boston roots had Boston tendencies.

She was a bit reticent, a bit guarded. And like any self-respecting person from eastern Massachusetts (her mother, Elizabeth Sullivan, still lives in Marblehead, while her father, Anthony DiSalvo, is in Connecticut), she had a healthy aptitude to respond, if provoked.

On Sept. 2, 2017, DiSalvo was more than provoked. Maybe ambushed describes it better.

She was diagnosed with invasive ductal carcinoma of the left breast. It was triple positive, meaning it was aggressive and needed a swift response.

At the time, she likened her diagnosis to white-knuckled air travel.

She’s in sales and flies often for her work selling construction power tools for the Hilti company, as she did for previous employers, including Del Monte foods and Heineken beer.

In her blog, badboobsite.wordpress.com, she wrote the following:

“I have been known to be a seat gripper, in-flight prayer and have asked many random people to hold my hand and talk to me when a flight is turbulent (seriously). Being diagnosed with breast cancer feels a lot like this right now.”

In the coming months, she would endure radiation, chemotherapy and surgery. Feel pain, fear, anger, appreciation and connection.

She would lean on friends, enlarge her circle, look forward to vacations and nurture a newfound love for ice cream.

She thought a lot, wrote a lot and stayed active a lot — continuing to work, to cross train and to fully engage with family, friends and even with strangers (at least most of the time) inquiring about her cancer.

The stranger interactions were wide ranging — from a family who embraced her and prayed for her (she accepted their expression of care) to a woman who, out of the blue, asked her if she had cancer and, then, to call her son and tell him to quit his habit of making jokes about people with cancer. DiSalvo, offended by the request, understandably rejected it.

The key for DiSalvo has been to stay involved, stay on the field of play, not be a spectator. A natural inclination for an athlete.

DiSalvo was a soccer player. After graduating from St. Mary’s High School in Lynn in 1986, she played for Franklin Pierce University in New Hampshire on an athletic scholarship. She graduated with a degree in graphic communications.

Over the years, cycling, running, weight training, pushups and such have been reliable means to physical and mental health for DiSalvo. Especially after cancer.

There’s a heavy stigma to having cancer, to losing your hair and carrying the burden of knowing that others see you as someone with cancer, she said.

Going to the gym put her in touch with more people. She didn’t like to ask people if she looked OK. But being seen by more people made more opportunities for people to tell her she looked good or to offer help.

No fewer than 10 friends helped her endure the ordeal of cutting her hair after it started to fall out during treatment.

She believes the fear of losing your hair is much harder to deal with than just shaving your head.

“Unless you have a weird-shaped head,” she said, “then all bets are off.”

It also helps to have a healthy sense of humor: “Hoop earrings offset a bald head and tend to solve all worries,” she quipped.

Being unable to taste food was the worst, she said. She could smell amazing stuff, then take a bite.

But at its core, she said, having cancer means pain and fear.

Early on, after her diagnosis, she repeatedly worried about dying before she found the guy to spend the rest of her life with.

“For some of you, this is not important,” she wrote in her blog. “For me, it is. I know I am loved and I want more. More life, more love, more travel, more fun, just more of all the good stuff. I am tired of all the bad stuff.”

DiSalvo got stronger. Her hair grew back.

After 140 appointments and being declared cancer-free, her treatments stopped abruptly, which felt strange.

“You are dropped like a hot potato,” she said. “You have so many appointments and people in your life for two years and then when it is over, there is nothing.

“Support goes away ... and everyone is ready to move on from your diagnosis. It is so mentally hard to deal with.”

She filled the void with dream vacations — to Greece and India and a trip of a lifetime to Africa seeing elephants, lions and leopards.

DiSalvo lives with the hope that the cancer is gone, never to return, but any new pain causes her to wince and worry.

She also knows she has made it through the turbulence and has words for those who are just being confronted with a cancer diagnosis.

“Your hair will come back,” she said. “You are pretty no matter what. Take trips. Go on vacation. Eat and drink whatever you want.

“Exercise and get outside because that will change you. See things. Meet people. Have conversations and let it happen and know you will get through it.”