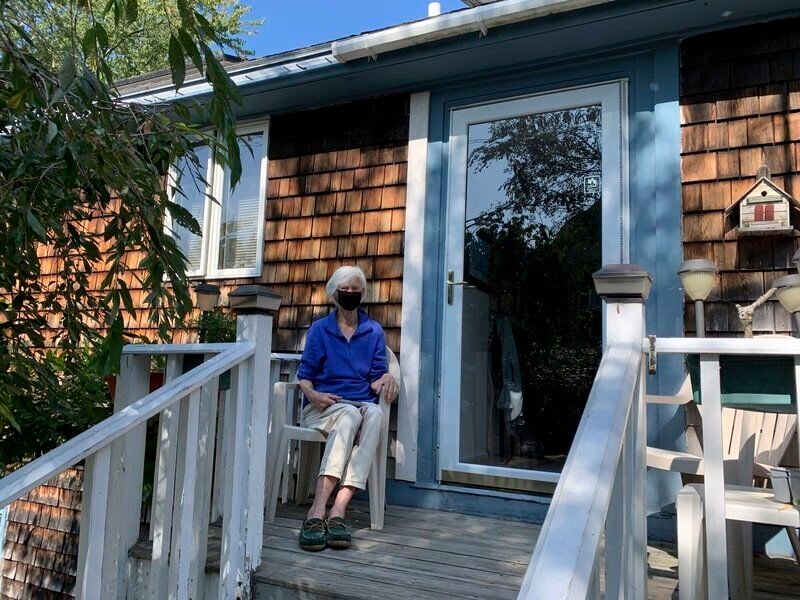 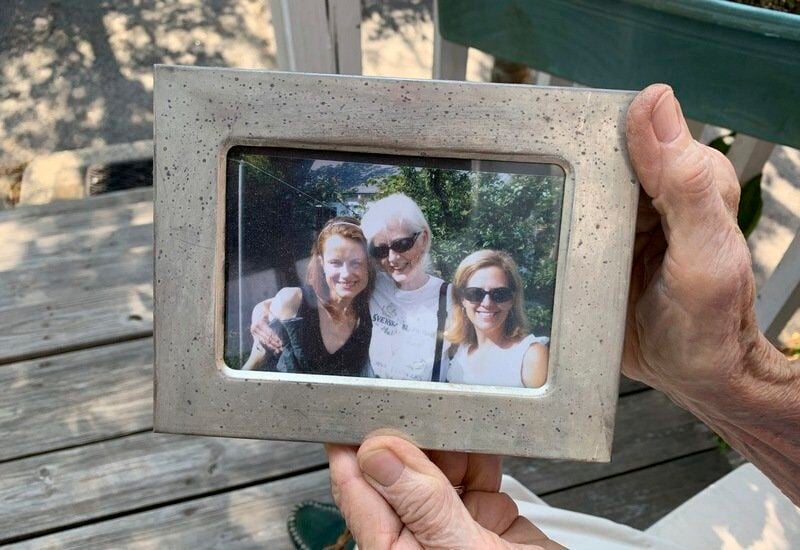 Eva Korpi, of Rockport, holds a photo of her flanked by her daughters, Anna Quigley, right, and Karin Koga.

Eva Korpi, of Rockport, holds a photo of her flanked by her daughters, Anna Quigley, right, and Karin Koga.

Eva Korpi, of Rockport, recalls that her daughter had a lot of fears after being diagnosed with what was an aggressive form of breast cancer in 2016.

One of her biggest concerns was facing the loss of her hair, Korpi said.

For many, the trauma of hair loss while undergoing cancer treatments can be immeasurable.

“It’s kind of a mark of breast cancer, and it wasn’t something I wanted people to know about or have people worry for me,” Korpi’s daughter, Anna Quigley, said. “I just wanted to go out and be myself. I also work with children with autism and severe issues, and I didn’t want to scare a child or have them not recognize me.”

Korpi said her daughter spent a lot of time researching various treatments in hopes of minimizing the trauma of hair loss.

Through her research, Quigley, who now lives in Virginia, outside of Washington, D.C., discovered scalp hypothermia. The therapy involves patients wearing caps frozen with liquid nitrogen during chemotherapy treatments to prevent hair loss.

“It was a fairly new concept back in 2016,” Quigley said. “People hadn’t really heard of it. When I went to my oncologist, she tried to talk me out of it, but my surgeon said, ‘Why not? Let’s give it a try.’”

Quigley would bring heavy coolers filled with Penguin Cold Caps every time she went for a round of chemo, which was about two to three times a week from October 2016 to January 2017. She credits these caps — which can be rented on a monthly basis for $449 a month, according to the Penguin Cold Cap website — for keeping 50% to 60% of her hair intact.

“Having my hair was a good thing (through the chemo treatments),” Quigley said. “It was one less thing to worry about. There’s a bonus, too. All day long (during treatments), you’re sitting in this awful, tragic place. The cold cap kind of numbs your brain to the point where you don’t know what’s going on. It really soothed me.”

She said her oncologist came to recognize the benefits as well.

“My oncologist looked at me and said, ‘I’m sorry, I was wrong,’” Quigley said.

Today, hospitals, including the one where Quigley was treated, are installing in-house scalp-cooling machines that tout even higher success rates of preventing chemo-related hair loss.

The DigniCap, developed by Swedish medical technology company Dignitana, is a large cooling cap machine designed for hospital use only. Both of its models have been certified by the Food and Drug Administration and are available at select hospitals across the country.

The Paxman Scalp Cooling System, which has also been cleared by the FDA, is available at many of the major hospitals in Massachusetts as well as New Hampshire.

It’s something her mother believes strongly in, too.

“I really want to be an advocate for people going through it just to help them understand (what’s available),” Quigley said.