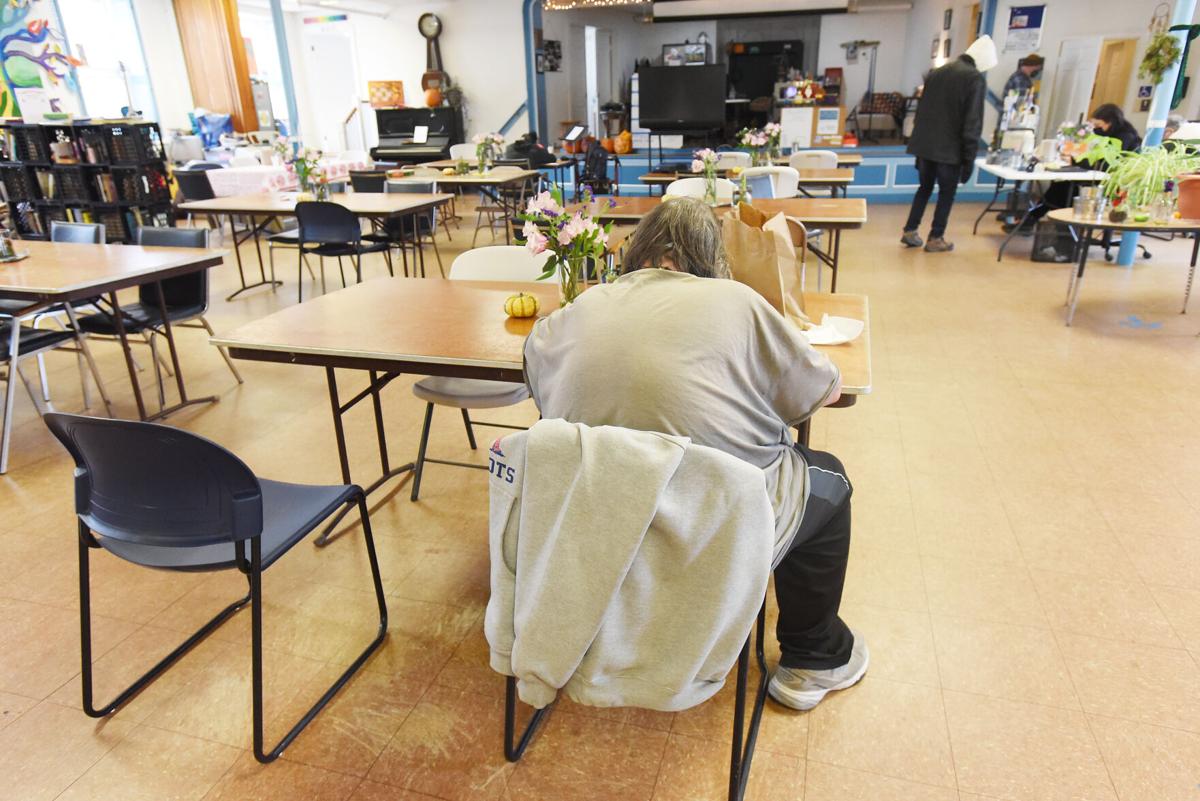 A client quietly reads his book at The Grace Center in Gloucester. 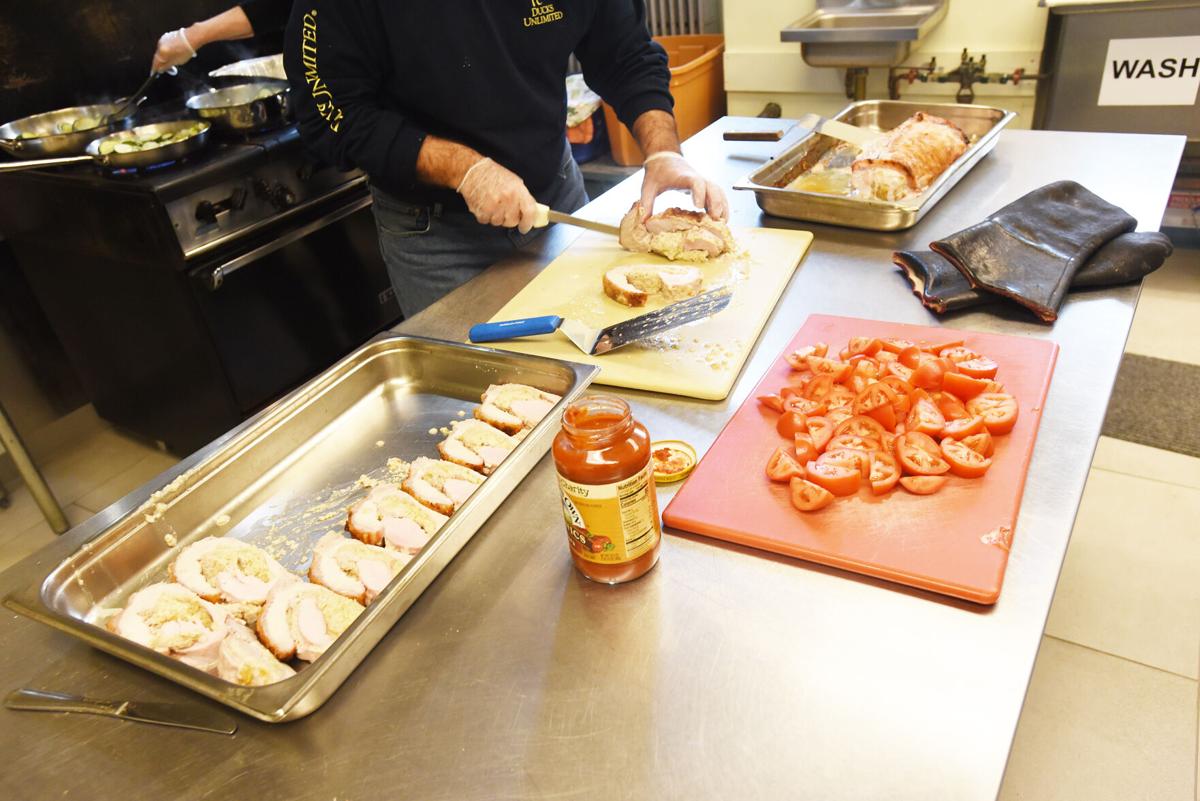 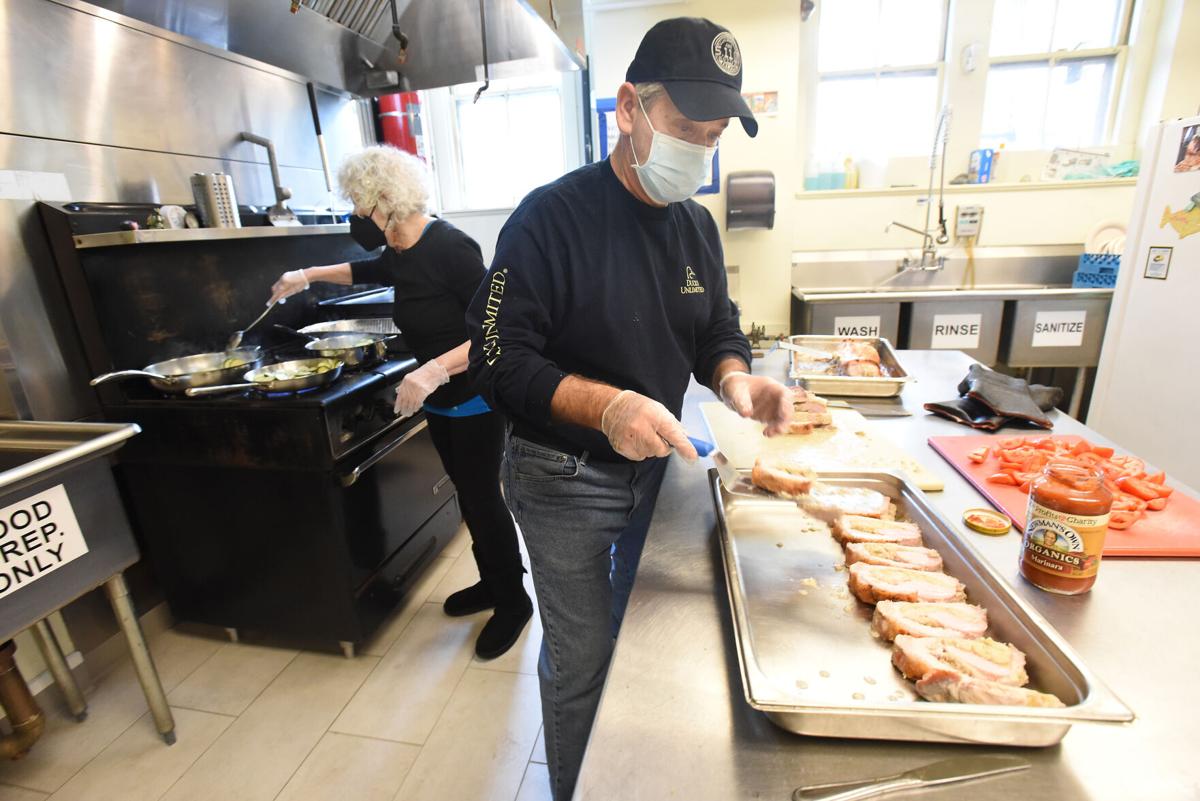 A client quietly reads his book at The Grace Center in Gloucester.

Local shelters are meeting the needs of homeless residents left out in the cold, but COVID-19 is forcing them to use their imaginations to figure out how to make it work amid the ongoing pandemic.

A cold snap Tuesday brought temperatures to single digits, with 8 degrees recorded in Gloucester during the evening (and that’s without the wind chill), according to historical data on the Weather Underground.

Shelters throughout the region scrambled to ensure their homeless communities were indoors.

“We’re fine at the moment. We have everybody accounted for,” said Jason Etheridge, executive director of Lifebridge in Salem and River House in Beverly. Lifebridge also operates The Grace Center, a day shelter open Monday through Friday from 8 a.m. to 4 p.m. at 10 Middle St., and on Sundays from noon to 4 p.m. at St. John’s Episcopal Church, 48 Middle St.

“Right now, the challenge is that some of the places where people would normally go don’t exist anymore,” Etheridge said.

That’s because the ongoing pandemic, which is entering its third year, presents new challenges each month. Shelters have had to significantly reduce occupancy to ensure beds are socially distanced, and many places previously accessible to the homeless aren’t like they were.

After all, it’s a lot tougher to just hang out in a Dunkin’ Donuts and warm up during a global pandemic, according to Etheridge.

But the issue hits harder on staffing, since the virus is spreading so fast now and continuing to break through among vaccinated populations. As a result, many organizations have workforces where staff come and go as the need to quarantine rises and falls, unpredictably.

“Omicron is probably where we saw the most infections, and it isn’t an astronomical number. We’ve had five or six positives with clients. Keep in mind, we didn’t have a positive in the first year of the pandemic. With delta, we had three or four,” Etheridge said. “This version hit our employees pretty hard. There was one week where I watched eight employees test positive. That was a week and a half ago.”

The Open Door, which serves as a community food resource center for low-income residents of Gloucester, Rockport, Manchester, Essex, Ipswich, Hamilton, Boxford, Rowley, Topsfield, and Wenham, and operates food pantries on Emerson Avenue where it is based and in Ipswich, is also feeling the pinch of staff shortages.

“We have definitely felt the impact,” said Julie LaFontaine, president and CEO of The Open Door. She said COVID-19-related staffing shortages have had her and everyone else stepping up to fill the gaps, from packing and picking orders in the fulfilment center, to making home deliveries, restocking shelves or helping to prepare meals in the kitchen.

“All hands have been on deck,” LaFontaine said.

“For the nearly 5,000 households that depend annually on The Open Door for food, we can’t miss a single day of service,” LaFontaine said in an email. “The latest variant challenges all the contingency plans we had previously put in place to keep our programs running and connect people to good food.

“Omicron,” she added, “has sent us back to the drawing board to find the best solutions to serve people in the safest way possible. We are feeling the crunch of a workforce reduced by rise in COVID case counts at a time when people who are in isolation themselves or unable to work need us the most.”

Action Inc., a human service agency working in Gloucester, Essex, Manchester, Rockport, and Ipswich, also has not been immune to staffing issues related to the need to isolate or quarantine due to the latest surge of COVID-19 cases amid the appearance of the omicron variant.

As of Wednesday morning, Joe McEvoy, Action Inc.’s chief strategy officer, said 12 staffers were out, about 13% of the nonprofit’s 90 staffers. The challenge for an agency that provides front-line services such as affordable housing, a homeless shelter, fuel assistance and energy conservation programs is one can’t work remotely.

The agency’s emergency shelter, which in pre-pandemic times had a capacity of 30 beds and was full each night, now has 16 due to COVID-19 safety precautions. McEvoy said Action Inc.’s director of housing services has had to take shifts at the shelter due to staff shortages.

“It’s not an easy job,” McEvoy said of such work. “In the middle of the pandemic, it’s a real tough job.”

Similarly, the state is still running a well-oiled process that has only improved with each passing month within the pandemic, according to Etheridge.

“The systems around us improved,” he said. “Back in time, it was, ‘Hey, how do we respond with the resources we have?’ Now, the state has stood up quarantine sites in various hotels around the commonwealth. If we have a positive client, it’s a call to what we call the ‘Isolation Center.’ They’ll call, pick this individual up, and they’ll stay there now for five days.

“We’ll hold their bed until they complete their isolation and come back. We didn’t have that option before,” Etheridge continued. “It’s certainly a process, but it’s one we’re accustomed to, and it allows us to focus on the other 40 people sleeping here.”

Action Inc. also is in the midst of expanding its energy service programs, which involves new hires shadowing existing staff conducting home energy audits. McEvoy said they have to be careful, because if there is an infection, it could mean a loss of three or four staff for five days who have to isolate or be in quarantine. “We already have this capacity problem,” McEvoy said.

“We’ve gone back to people working more remotely,” he said, a muscle memory from when the pandemic first hit, there were no vaccines and people stayed home to keep each other safe. But, McEvoy said, there are many in the community who don’t have a home, which is why it’s important for agencies such as Action Inc., The Grace Center and Lifebridge to be able to operate.

“No matter what happens,” McEvoy said, “we need to be able to be there and provide that lifeline for folks.”