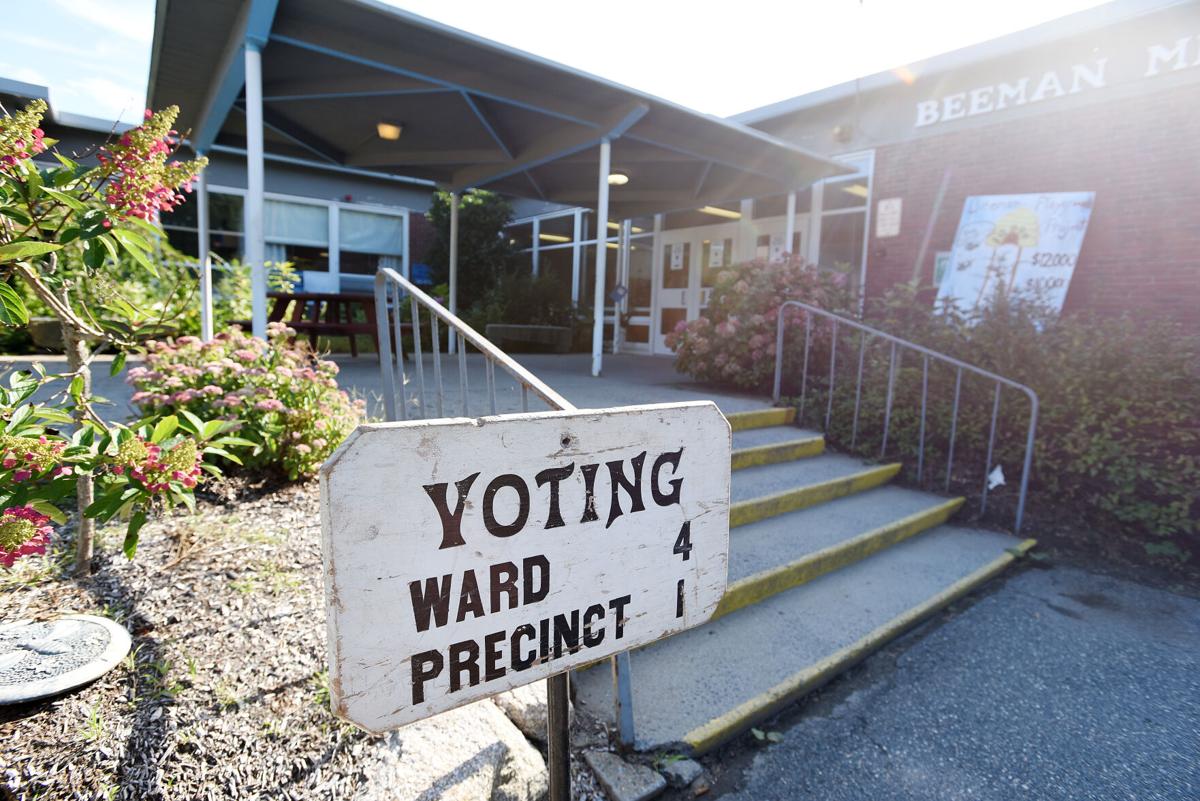 Voting signs are set up at the Beeman Elementary School in Gloucester for Tuesday’s preliminary election for mayor. The polls will be open from 7 a.m. to 8 p.m. 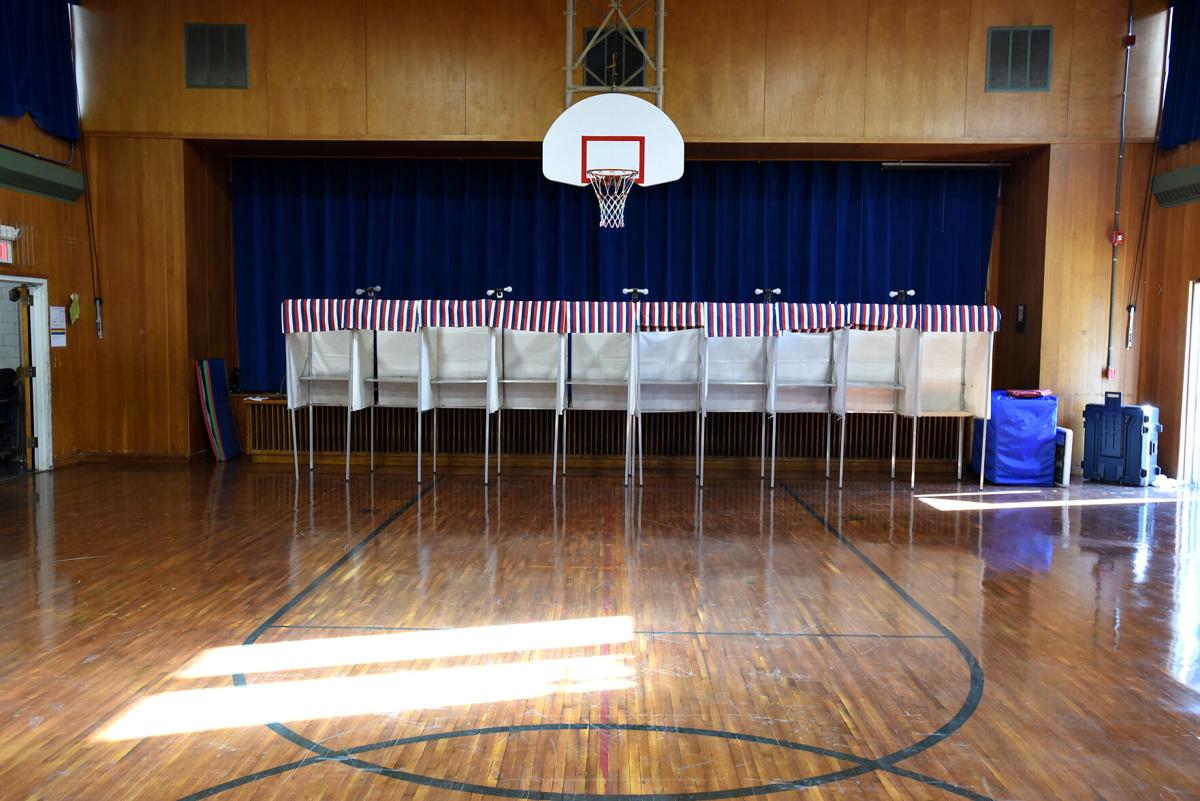 Voting booths are setup in the gym at the Beeman Elementary School in Gloucester for the Tuesday’s preliminary election for mayor. The polls will be open from 7 a.m. to 8 p.m. 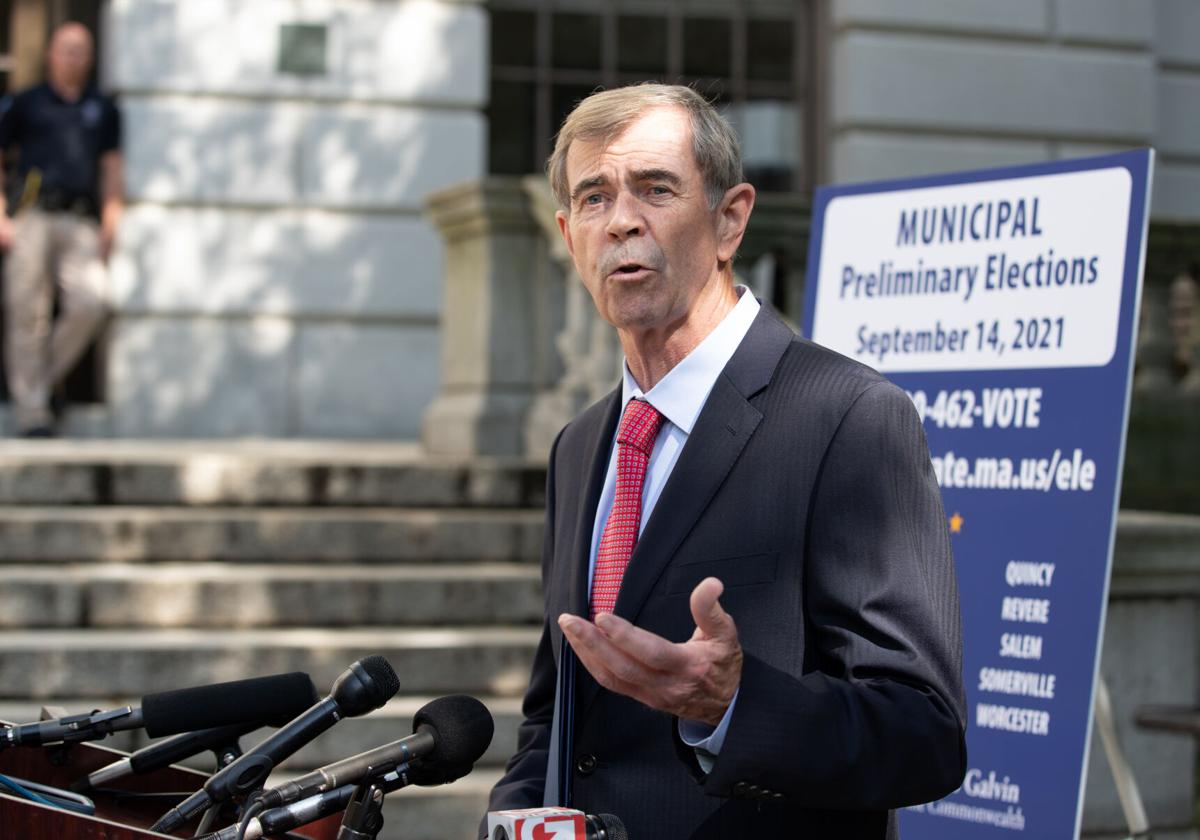 Voting signs are set up at the Beeman Elementary School in Gloucester for Tuesday’s preliminary election for mayor. The polls will be open from 7 a.m. to 8 p.m.

Voting booths are setup in the gym at the Beeman Elementary School in Gloucester for the Tuesday’s preliminary election for mayor. The polls will be open from 7 a.m. to 8 p.m.

BOSTON — The state’s top election official is urging voters in Tuesday’s municipal elections, including Gloucester, not to return mail-in ballots if they haven’t done so already, citing post office delays and a likelihood their votes won’t be counted.

On Monday, Secretary of State Bill Galvin said voters who requested mail-in ballots but haven’t yet cast them should either submit those ballots at a drop box or consider casting a ballot in person Tuesday.

“If you’re still looking at the ballot, don’t mail it,” Galvin told reporters at a State House briefing.

Galvin said mailed ballots must be received by 8 p.m. on election night, but the U.S. Postal Service says it takes 3 to 5 business days to deliver them.

In Gloucester, mail ballots can be hand delivered to the city clerk’s office by the voter only, or placed in the drop box located on the Warren Street entrance to City Hall. Voters should note the drop box will not be out in inclement weather.

Gloucester is one of 15 cities — including Salem, Peabody, Haverhill and Lynn — holding preliminary elections Tuesday for mayors and city council members.

In Lynn, three candidates are running for the office held by Mayor Thomas McGee, who is not seeking reelection after four years. The two top vote-getters will face off against each other in the Nov. 2 general election.

Galvin said if a voter has already cast a mail ballot that’s been received by a local election clerk, they cannot show up at the polls on Election Day to replace it.

“If the ballot has been received, that’s it,” he said. “The voter only gets one opportunity to participate.”

He cited concerns that uncounted mail ballots received after Election Day could cause headaches for local clerks if the vote is close in any mayoral races.

“If that’s the case, the last thing we want is ballots that were mailed in good faith not counted,” he said.

Massachusetts was one of dozens of states that temporarily changed its laws to expand mail-in voting options and avoid crowding at the polls as the pandemic raged. Until last year, the state allowed mail-in ballots only from voters who could provide an excuse, such as a disability.

Lawmakers and Gov. Charlie Baker extended the election rules allowing expanded early voting and mail-in voting through the end of this year.

The state’s Republican Party has criticized the push to continue mail-in voting, as have some conservative groups, citing a potential for fraud.

Christian M. Wade covers the Massachusetts Statehouse for North of Boston Media Group’s newspapers and websites. Email him at cwade@northofboston.com

Going to the Gloucester polls

For Gloucester registered voters planning to vote in-person, the polls will be open from 7 a.m. to 8 p.m. on Tuesday, Sept. 14, at these locations:

The unofficial results are expected to be in by 9 Tuesday night.