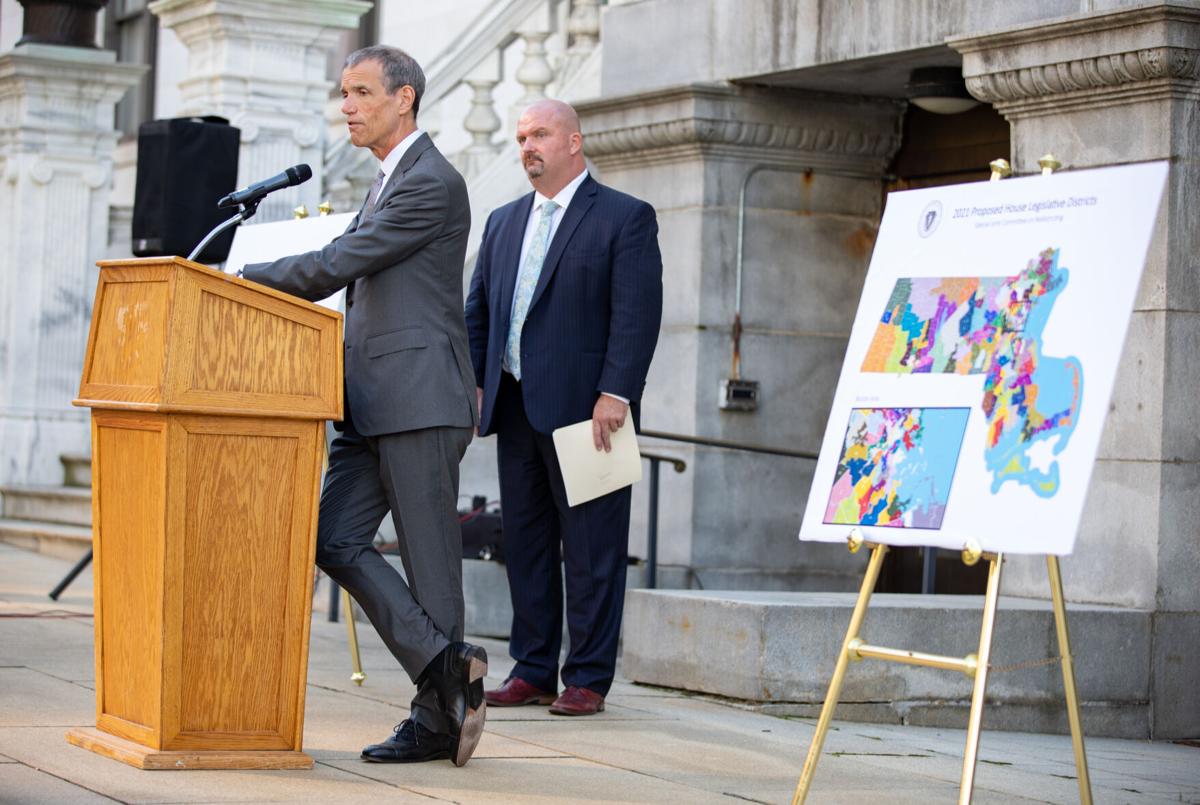 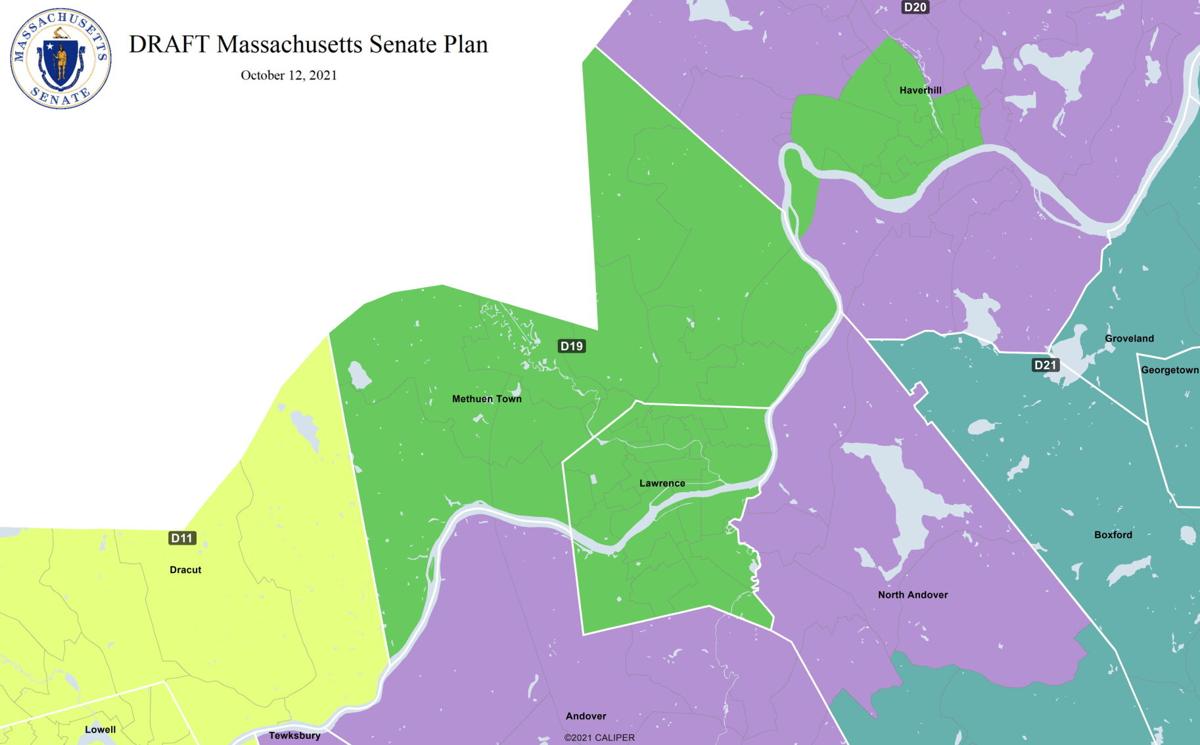 BOSTON — A state panel released new political maps for Massachusetts on Tuesday which will dramatically shake up legislative districts across the region.

On Tuesday, the Legislature’s Joint Committee on Redistricting released a draft of redrawn Massachusetts House and Senate districts based on the 2020 Census count. The new maps include some major changes to some legislative districts aimed at ensuring more minority representation in certain regions.

Under the plan, which must be approved by the Legislature, a new Lawrence-centered, majority-minority state Senate district would be created by moving the city and a section of Haverhill out of the Second Essex and Middlesex Senate district, which is currently held by Sen. Barry Finegold, D-Andover.

Sen. William Brownsberger, D-Belmont, co-chair of the committee, said the changes are aimed at alleviating a “polarized” Senate district where white people have traditionally voted for the white candidates, while Hispanics tend to vote for the Hispanic candidates.

“The grouping is such that the Hispanic candidates from Lawrence are consistently defeated,” Brownsberger said Tuesday. “This is a very clear voting rights violation and one that we are intent on correcting.”

Carving out a section of downtown Haverhill for the new 19th Senate district will create a new “majority-minority” district where more than 50% of the voting age population are Hispanic, he said.

But the changes have drawn criticism from lawmakers representing the region.

Last week, a delegation of lawmakers from the Merrimack Valley wrote to the redistricting panel members and urged them not to split up communities as they redraw the maps, arguing the move will “dilute the voices of our constituents.”

“It’s not fair. Nobody in the community was asking for a Senate district like this,” said Rep. Andy Vargas, D-Haverhill, who has led opposition from the region to the new maps. “They’re segregating Haverhill into two parts and packing all the Latino voters into the new Lawrence district, which will dilute their votes.”

Meanwhile, the Second Essex and Middlesex Senate district would pick up sections of Haverhill, Amesbury and Merrimac to offset the loss of Lawrence and other communities.

In the House, the redistricting plan will reconfigure existing legislative districts to create 33 new “majority-minority opportunity” districts, where non-Hispanic white residents constitute less than 50% of the overall population.

Of those 33 districts, the plan calls for 10 “majority-minority” districts where more than 50% of the voting age population are either Black or Hispanic.

Locally, the changes will reconfigure the 16th and 17th Essex districts to create three majority-minority Hispanic districts in the Lawrence and Methuen area.

Rep. Michael Moran, D-Brighton, who co-chaired the committee, said the reconfigured House districts in the Lawrence and Methuen area would be “reflective” of the region’s shifting demographics.

Additionally, the 4th Essex district, which until recently was represented by Rep. Brad Hill, R-Ipswich, will be split up and reconfigured to create a new minority-majority district.

The 4th district, which currently includes Ipswich, Rowley, Topsfield, Hamilton, Wenham and Manchester, is considered “incumbent free” because it is vacant. Hill stepped down in September to serve on the state Gaming Commission.

The release of the draft political maps is the first step in the process of approving the redistricting changes. Lawmakers will solicit input from the public about the proposed maps and then ultimately put them up for a vote. The deadline for public comment is Oct. 18 at 5 p.m.

The U.S. Constitution requires states to redraw congressional districts every decade to account for changes in population. The numbers also guide the drawing of state legislative districts and local election precincts.

The population in Massachusetts increased from about 6.5 million in 2010 to just over 7 million last year, making it the 15th most populous state in the nation, according to newly released Census data. Most of that growth came in the eastern part of the state, notably in the North of Boston region.

While boundaries of congressional districts may also shift, Massachusetts won’t see a net change in its representation in Congress, based on the 2020 population count. Its nine-member delegation to the House of Representatives will remain that size for at least another decade.

Committee members said on Tuesday that the congressional district maps and those for the Governor’s Council seats will be released at a later date.

Christian M. Wade covers the Massachusetts Statehouse for North of Boston Media Group’s newspapers and websites. Email him at cwade@northofboston.com.