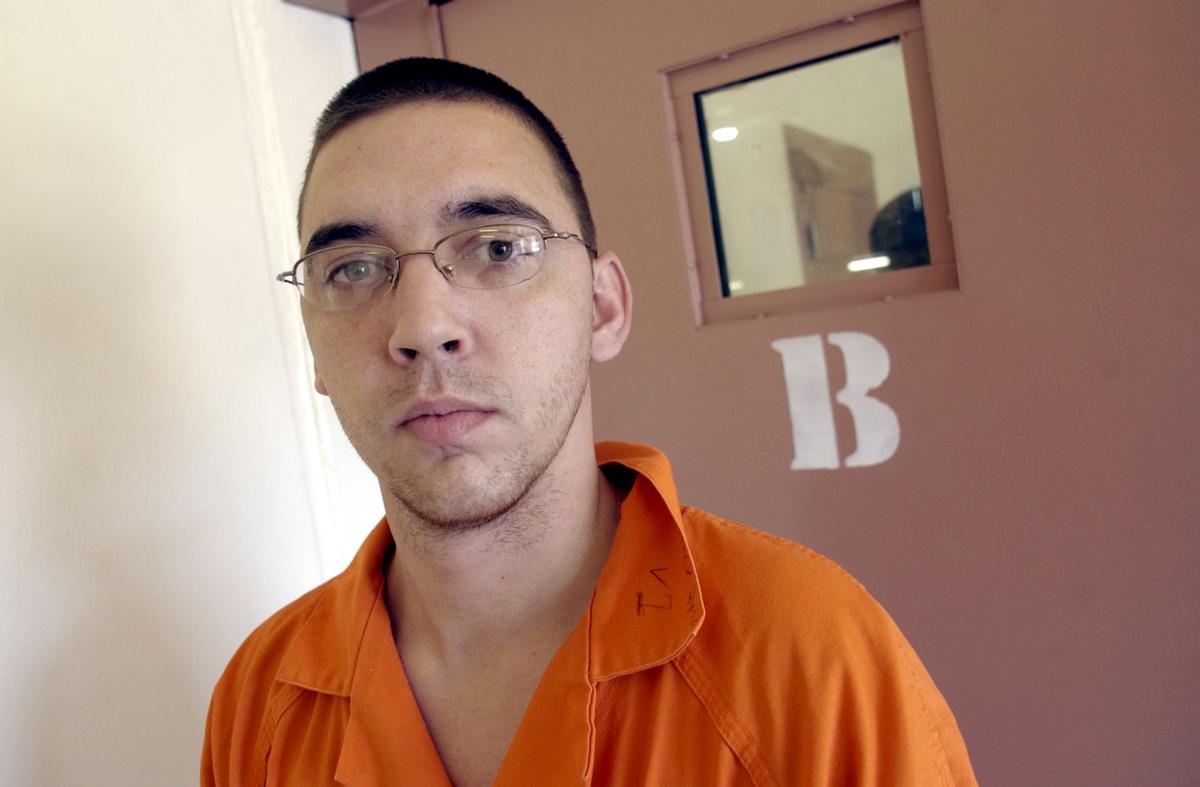 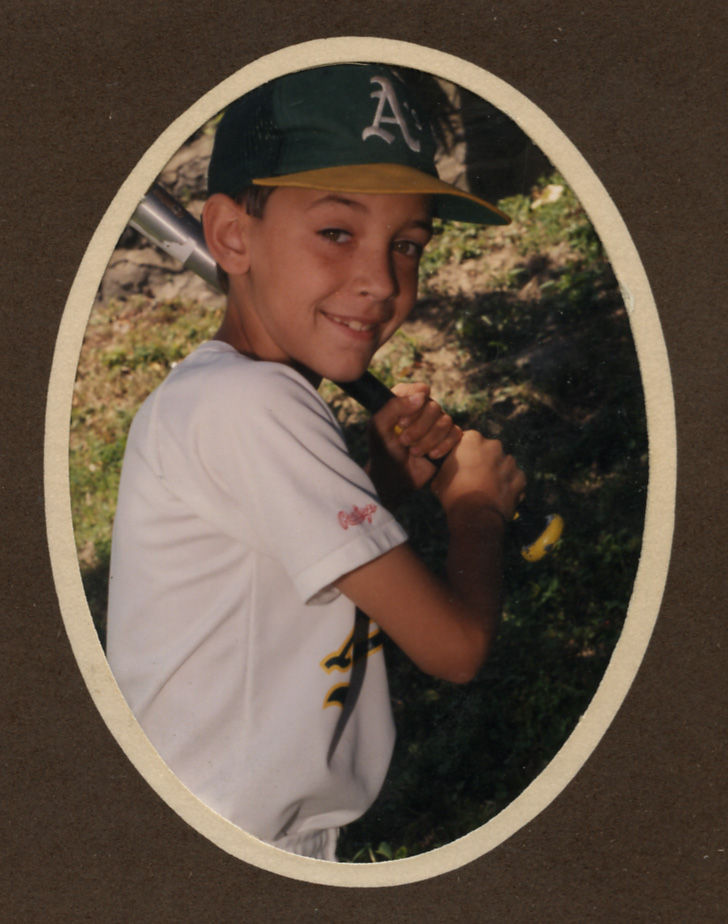 Note: This article was originally published on Jan. 6, 2005.

MIDDLETON — Shawn Harnish never imagined trying a few pills on weekends with his Bishop Fenwick buddies — smart, middle-class kids like him — would turn him into a junkie behind bars.

Most days he lied and stole — from stores, family, strangers — to get money for OxyContin and later heroin. Tuesdays were his best days. That's when the new DVDs came out and he could steal several and resell them to other stores the same day.

Then he got caught shoplifting, writing bad checks and carrying a hypodermic needle.

In October, a judge sentenced the 23-year-old to one year in Middleton Jail.

But jail, he says, does not scare him. He hates it. But at least he's safe and alive.

What scares Shawn Harnish is heroin's call after his sentence is up. What will he do then?

Harnish grew up in Salem, the only son of a single mother who sent him to a Catholic elementary school. Sometimes when he's clean, he thinks back to when he was a boy playing Little League. Those were his best days.

Harnish went to Bishop Fenwick High School in Peabody and graduated in 1999. He said he was well-liked there, got good grades and pitched on the varsity baseball team.

On weekends he hung around with a crew of about 15 other teens from across the North Shore. They all tried different drugs together, he said, because that's what people do in high school.

By his junior year, Harnish was living what he said was a normal high school life. He drank at house parties. He occasionally tried prescription drugs like Percocet and Vicodin. He smoked pot, and tried acid once.

"We thought that's was what you do in high school," he said. "You experiment and as long as you are getting your grades up, you know, not dropping out or whatever, you have no problem."

Then Harnish and his friends started taking Ecstasy — a party drug that gives a euphoric feeling. They used Ecstasy until around the last week of Harnish's senior year, when someone at a party offered them a new prescription drug called OxyContin. Once the group got a taste, it quickly took hold.

"We'd eat them Friday and Saturday, every weekend." By Monday, he'd feel sick — like he had the flu — but still he craved more Oxys.

The sickness, Harnish now knows, was opiate withdrawal. The craving was addiction.

Despite the drugs, Harnish enrolled in college. He spent a year and a half at Salem State as a communications major, hoping to become a sports broadcaster. He used OxyContin nearly every day, but his grades were good enough to transfer to Northeastern University. He switched his major to psychology, thinking it might help him understand his own troubles.

"It made me feel too bad about myself, know what I mean? It made me think too much about my life."

Harnish left Northeastern after a semester. For the next two years, he held different jobs and tried four drug rehabs.

But things got worse. He began stealing from his friends and family to pay for the $80 pills. He sold everything he had — his big-screen television, his stereo system, and nearly the entire contents of his room. At one point, his drug habit was costing him $500 a day.

"My mother kicked me out because I was stealing from her all the time," he said. "She just couldn't take it anymore. She was waiting for me to die."

Homeless and desperate to get better, Harnish left the North Shore and enrolled in a halfway house in Boca Raton, Fla., at his mother's expense. There, Harnish found heroin.

Harnish failed two drug tests and counselors threw him out. He returned home to find his old Oxy pals were using heroin, too, because the pills were too expensive.

By the end of 2003, he was living at the Mayflower Motel in Beverly in a room he knew well because several addict friends had lived there first. Living in that dank room, which his mother paid for to keep him off the streets, was Harnish's lowest point.

The room came with a small couch, a single bed, and a television no one had managed to steal because it was bolted to a dresser. The only personal touch was a black-and-white picture of Ted Williams he hung crooked on the wall.

His most treasured possession was the slightly bent syringe tucked inside the lining of his bed's mattress.

During the six months he lived there, Harnish sat on that bed and shot up hundreds of times. The evidence was his white comforter. It was covered with dozens upon dozens of cigarette burns — at least one for each time heroin lulled him to sleep with a lit cigarette in hand.

Some days Harnish's old high school friends would drop by the room, including his best friend, the son of a local police officer. He had become an addict, too.

Over the past five years, the longest Harnish has stayed clean is about a month. "You dream about it every night. You can't sleep. You wake up in cold sweats."

When he is drug-free, Harnish has the same dream almost every night: It is Easter, and he is going around his childhood home picking up plastic eggs. He opens the eggs, and inside every one is an OxyContin pill.

"I'd find like a hundred Oxys. But there is a hole in my pocket, and it would fall out. Every time I would pick it up, try to put it back in my pocket, but they would all fall out."

Last June, Harnish overdosed after shooting heroin in Lynn. He spent two days in the hospital. After that, he said over and over again, he would do anything to be free from addiction. But he had little hope. His mother found him another rehab spot, and there was the stay at a halfway house in Malden. But jail seemed inevitable.

On Oct. 19, Harnish sat silently in a Salem courtroom as Judge Patricia Dowling spoke to the 21-year-old girl standing next to him. She was beautiful, with long brown hair and a smile that revealed perfect teeth. She, too, was a heroin addict.

As the girl's well-dressed parents looked on, Dowling sentenced her to one year in jail for violating probation for testing positive for heroin.

"I may look old to you," Dowling told her, "but I'm really not that old. But all the people I grew up with in Lawrence who used heroin are dead. You're dealing with something deadly, something vicious that is trying to destroy you."

When it was Harnish's turn, Dowling looked at his history of shoplifting and bad check writing and sentenced him to a year in jail, too.

"The bottom line is you have a very serious addiction that you have been unable to handle," the judge said. "You're at the end of the line here."

Harnish's mother has stood by her son and was in court the day of the sentencing. She didn't want to use her name for this story, but said this is what life has become — days in courtrooms and visits to jail.

She tries to see her son at least once a week.

Dreams for a future

Sitting behind a glass partition speaking on a telephone at Middleton Jail recently, Harnish doesn't look like a heroin addict anymore. He looks like anyone's brother and sounds like a well-educated young man with a future, talking about politics and the Red Sox loss of Pedro Martinez.

It's been two months since Harnish was sentenced, and he says he doesn't crave the drug every hour of the day anymore. He hopes it will stay that way, too.

Any day now, Harnish expects to be transferred to the Correctional Alternative Center in Lawrence, known as The Farm, where he will be able to go on work release programs. After perhaps a month, he may be allowed to go home to his mother's house in Salem with an electronic bracelet on his ankle.

Harnish has plenty of plans. He will try to move to Florida and stay in a halfway house there. Then, maybe he'll enroll at the University of Miami. He's been working out in the jail's gym, paying particular attention to his left arm — his pitching arm — so maybe he might be able to play baseball again.

His mother says this is the Shawn she knew before OxyContin stole him away — ambitious and filled with dreams.

It's certainly a different person on the other side of the smudged glass. This one believes he has a future. Eight months earlier, the only future he could see was death by overdose, death by suicide, or jail.

Just a week before Christmas, Harnish expressed hope for himself, but little for society. When asked what his parents, police or anyone else can do to end the heroin and OxyContin epidemic on the North Shore, his optimism disappeared along with his smile.