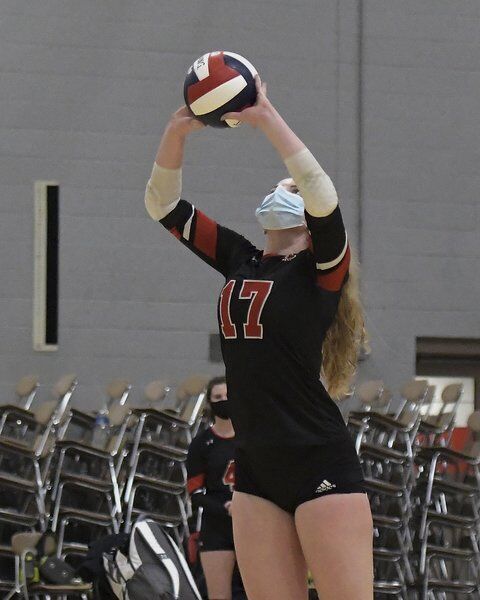 Junior Lilah Thompson of Marblehead gets ready to set up one of her teammates for a shot during Thursday's season opening win over Beverly. Rose Raymond photo 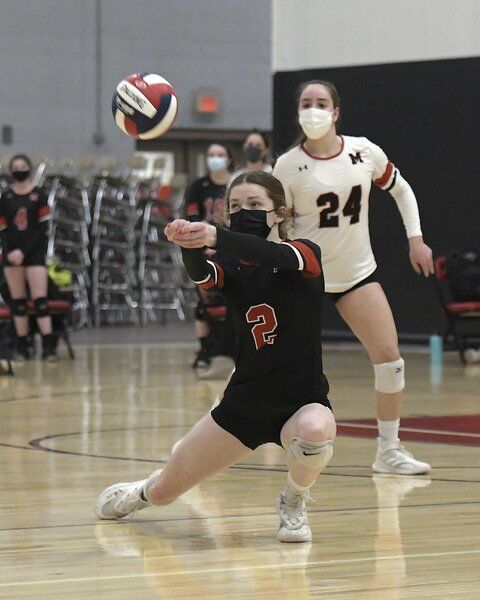 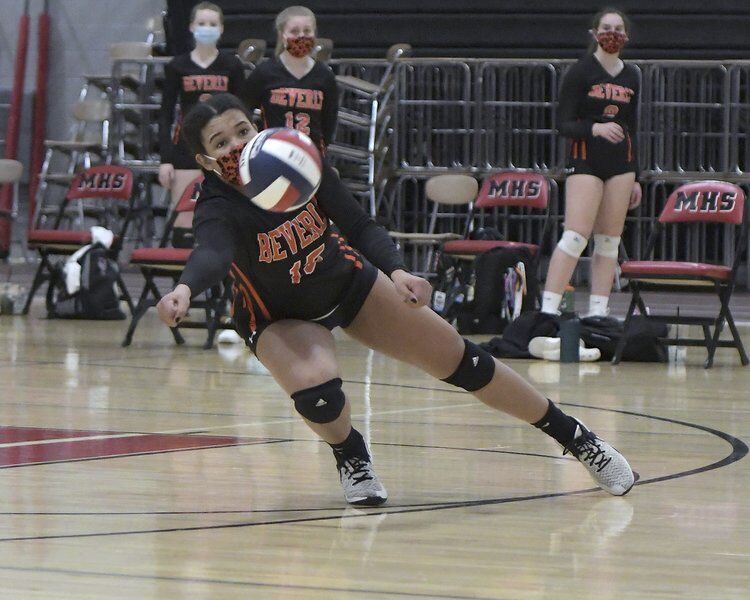 Mya Perron of Beverly keeps an eye on the ball long enough to return a volley last night against Marblehead. Rose Raymond photo

Keira Sweetnam, a sophomore outside hitter, had 9 kills for Marblehead. Teammates Anna Schluter, a senior middle blocker, and junior outside hitter Lilah Thompson each added another seven kills. Setter Julia Potvin, another sophomore, had 15 assists and 6 digs.  Libero Abby Schwartz, a senior captain, added in another 13 digs in the victory.

Swampscott 3, Winthrop 1: The Big Blue won their season opener on the road as Nickole Fein had 10 kills and 2 blocks to lead a strong team effort.