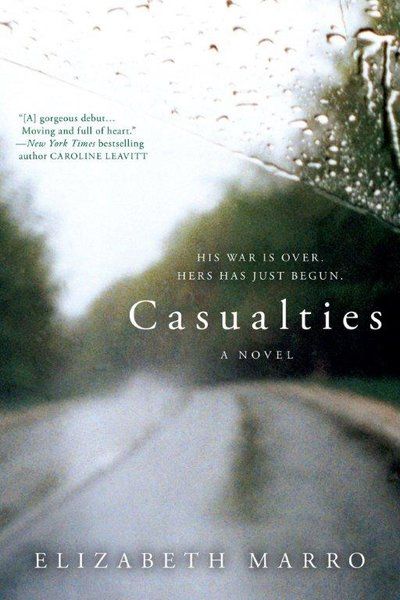 Elizabeth Marro will read from her debut novel, “Casualties,” Wednesday, April 20 at 7 p.m., at Toad Hall Bookstore, 47 Main St., Rockport. Marro’s novel explores the aftermath of the Iraq War from the point of view of a mother. 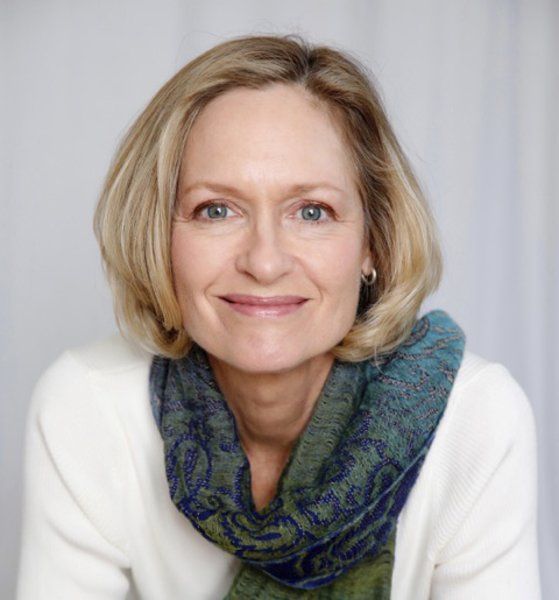 Elizabeth Marro's new novel, "Casualties," explores the aftermath of the Iraq War from the point of view of a mother. Marro began her writing career 28 years ago as a Rockport reporter for the Gloucester Daily Times.

Elizabeth Marro will read from her debut novel, “Casualties,” Wednesday, April 20 at 7 p.m., at Toad Hall Bookstore, 47 Main St., Rockport. Marro’s novel explores the aftermath of the Iraq War from the point of view of a mother.

Elizabeth Marro's new novel, "Casualties," explores the aftermath of the Iraq War from the point of view of a mother. Marro began her writing career 28 years ago as a Rockport reporter for the Gloucester Daily Times.

It’s rather uncommon for an author’s first and only novel to receive national praise. But for Elizabeth Marro, her first try at published fiction has been nothing but a success.

Marro began her writing career 28 years ago as a Rockport reporter for the Gloucester Daily Times. But her life took a circuitous route, pulling her from New England to New Jersey, where she earned a Master of Business Administration, and later to southern California, where the military and defense industry are among the larger employers. Through it all, however, she’s always dreamed of writing a novel.

Marro said she knew her debut novel was going to be about a mother who lost her son, but it wasn’t until she moved to San Diego that she understood why and how.

“I began with trying to figure out my worst nightmare, losing my child. I was a single mother of a son,” she said. “I think many authors are drawn to subjects they want to figure out or understand. This was true for me.”

Marro’s resulting novel “Casualties” is the first to explore the aftermath of the Iraq war from the point of view of a mother, according to a press release.

Her book was published this past February by Berkley, an imprint of Penguin Random House. She will hold a reading in Rockport at Toad Hall Bookstore next Wednesday, April 20 at 7 p.m.

She comes to the east coast after having appeared as a panelist in a program titled “The Ties That Bind,” one of the many events at the Los Angeles Times Festival of Books.

Marro grew up in Jefferson, New Hampshire. A young graduate of the University of New Hampshire, Marro’s first assignment as the Rockport reporter for the Gloucester Times — where she used her maiden name “Donovan” in her byline — came in May 1978 to cover the seaside town’s Memorial Day parade.

“It’s no accident that the novel’s main character, Ruth Nolan, comes from a small town in northern New England,” she said.

In the novel, Nolan was raised on a farm in northern New Hampshire, and later worked her way up in the ranks of the defense industry in San Diego.

“She should have been thrilled when her troubled son, Robbie, chose to join the Marines, but she was shocked, then terrified. So, when he returns home to San Diego after his second tour in Iraq, apparently unscathed, it feels like a chance to start over and make things right.

“A scandal at work tears her away from their reunion. What happens next causes Ruth to flee east, away from guilt and regret, only to realize she must face them and confront the truth about her past, her choices, and her son,” according to the book synopsis.

Her novel has caught the attention of national reviewers.

“Marro’s perception of the hurt and guilt her characters carry is deftly portrayed ... Marro provides a clear sense that, while the past can’t be undone, the future always offers a chance to make amends, and the human spirit can triumph over pain and find hope in family and forgiveness. Marro casts a ray of hope that a good life can be lived after terrible tragedy,” according to a Kirkus review.

A Library Journal critic wrote, “This powerful first novel will leave the reader reflecting for days.”

Marro, who has read Margaret Mitchell’s “Gone With the Wind” 16 times, knows the intricacies of a good story. But her own tale needed time to percolate in her imagination.

The characters are not based on anyone Marro has known.

“I fall into that vast majority of Americans whose connection (with the military) ended with their father’s generation (World War II and Korean War years). It was our move to San Diego in March 2002, the year leading up to the war with Iraq, that brought home not only the war but its impact on communities and families here at home,” said Marro.

In San Diego, she found herself surrounded by people working in the military and the defense industry.

“They were trying to do what is right for themselves, their families, and their country,” Marro said. “The war was very visible here. Then, as Marines and soldiers began to make their way home, the aftermath became increasingly visible in a way that it never would have had I remained in central New Jersey.”

The development of this book became a way for Marro to delve into new territory.

“It became a way for me to put myself in the shoes of many mothers across our country,” she said, “and a way to try help others do it, too.”

What: Author book reading of “Casualties,” a new novel by Elizabeth Marro

More: There is a special gift drawing at the event to support Rockport’s historic, independent bookstore. Each copy purchased until the time of the reading earns a chance to win a $25 gift certificate to Toad Hall. The drawing will take place at the end of the event on April 20. Winners need not be present.