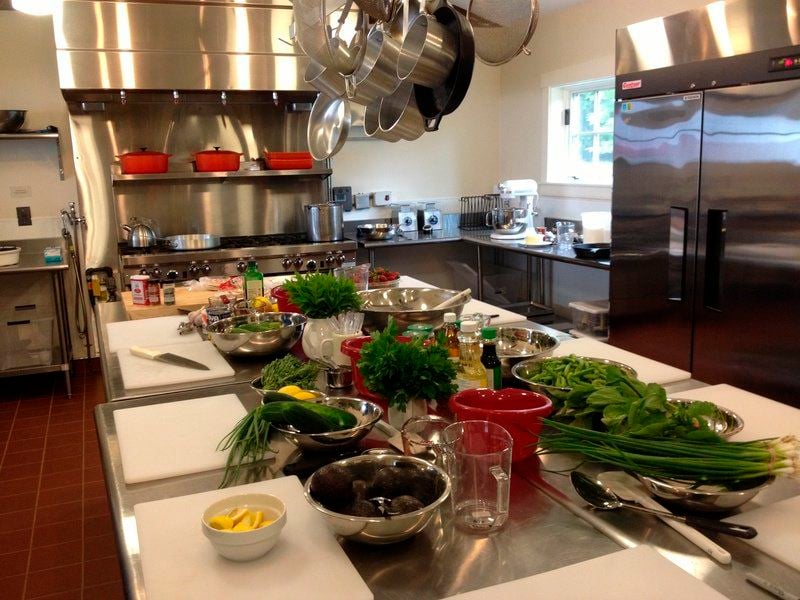 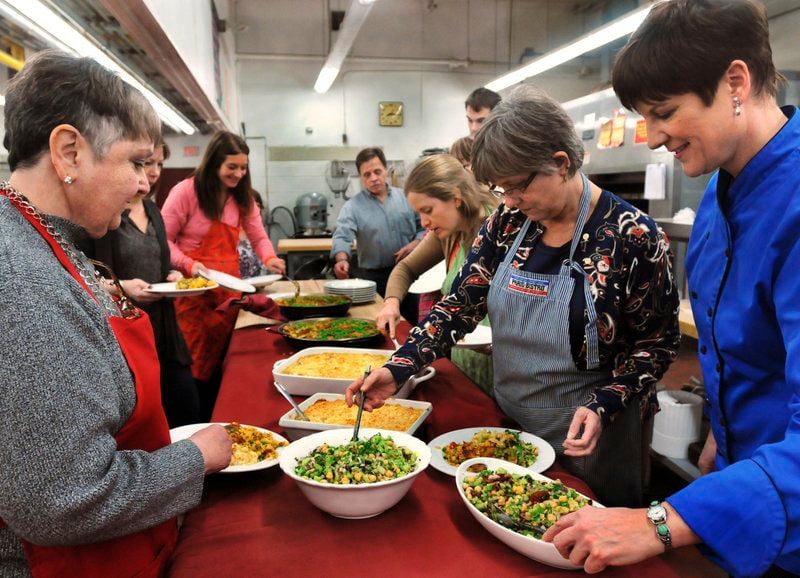 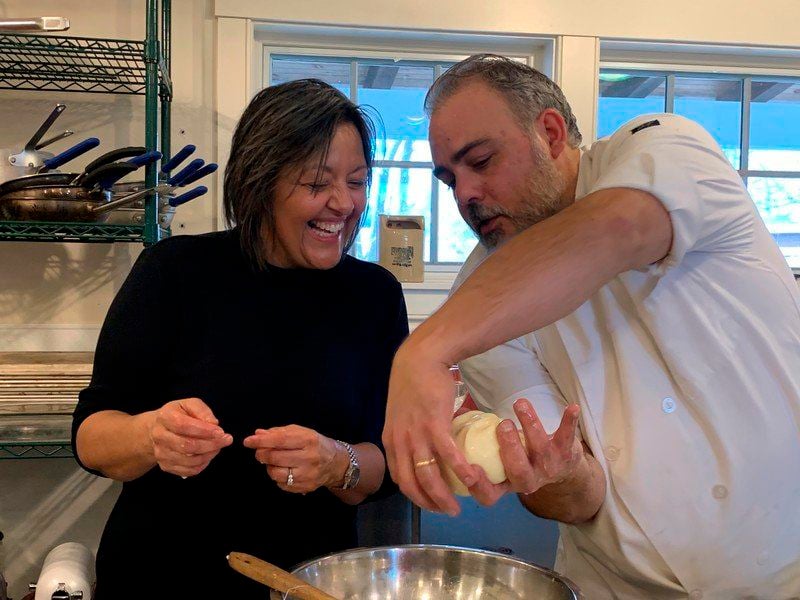 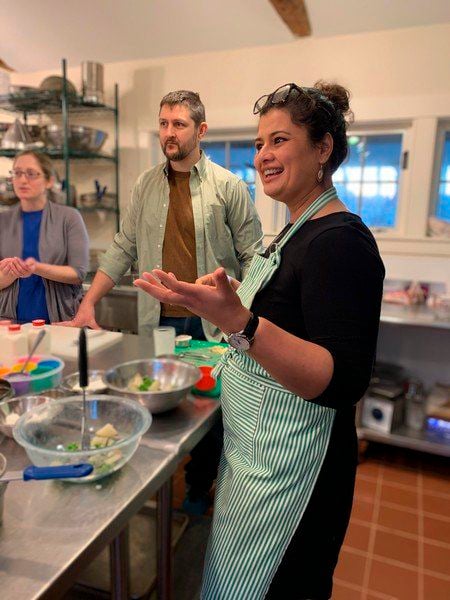 Courtesy photoSandhya Jain will teach classes in Indian cooking this winter at Appleton Farms in Ipswich. 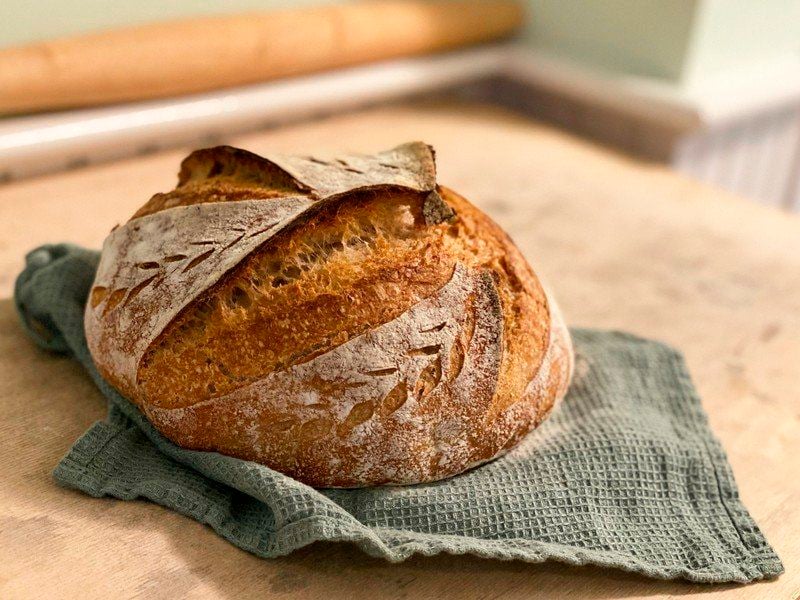 Courtesy photoSandhya Jain will teach classes in Indian cooking this winter at Appleton Farms in Ipswich.

Something new is cooking at Appleton Farms.

Starting this winter, The Trustees of Reservations property in Ipswich is offering more classes in its kitchen, taught by a larger group of chefs and featuring a wider variety of culinary traditions.

“In the past, we’ve had a robust culinary program that was organized around one chef,” said Lieza Dagher, director of Appleton Farms. “Now, we’re bringing in multiple chefs, multiple artisans, and trying to bring more diversity and capacity to our space downstairs.”

Appleton Farms was established in 1638, making it one of the oldest continuously operating farms in the country.

In 2013, the property introduced cooking classes and culinary events that featured the vegetables, dairy items and meat that Appleton produces and sells in its farm store, along with other locally produced food.

The winter session of their new culinary program is now underway, with classes held from Wednesday through Sunday each week, including multiple offerings on weekends.

All the classes at Appleton Farms, which include cooking basics for children during school break in February, are hands-on.

“When folks come to our classes, we want to make sure their senses are activated,” Dagher said. “They’re tasting, smelling and getting involved, while learning to do it at home.”

Carolyn Grieco, who runs Carolyn’s Farm Kitchen in Haverhill and has been the program’s main chef from the start, will teach a class on “Cooking With Maple” in March, using local syrup.

Appleton is also bringing in a staff member from A&J King Artisan Bakers in Salem to lead classes on making bread.

Luca Mignogna, who grew up in Italy and lives in Newburyport, will teach pasta and cheese making at the farm this winter.

He makes cheese under the brand name Wolf Meadow Farm and previously had a production space in Amesbury, but now operates through a partnership with Appleton, where he sells his cheeses at the store.

“The whole purpose of the class is to show people that good food can be prepared in very (little) time,” he said.

Pasta and other Italian foods are often simple to prepare, Mignogna said, but get better with practice.

“It can only improve your skills,” he said. “Then you start to develop your ability to fuse the ingredients in a better way. It’s very individual.”

Cheese making begins by stretching milk curds, which is fun to do, Mignogna said, but is not the only enjoyable thing about his classes.

“On top of that, even during cheese-making class, we always have a buffet of cheese, bread, crackers and jams,” he said. “Everything is local, from Appleton Farms or Appleton Farms’ partners.”

Kevin Martin of Privateer Rum in Ipswich will offer a class on mixology, while an expert from Ovedia Artisan Chocolates, which is based in Amesbury, will teach families how to make truffles.

“‘Artisan’ in this context means folks who are sourcing locally for their products and are locally based, making handmade, small-batch products,” Dagher said.

Along with a focus on farm-to-kitchen processes, the classes will teach people how to find local alternatives for ingredients that are not in season.

They will also teach participants how to use local items to make dishes from Tuscany, India and other places around the world.

The flavors of Puerto Rico will be introduced in a class taught by Addy Shreffler, of Beverly, who said she also wants to impart several important lessons with her recipes.

“In many immigrant cultures, it’s important not to have food waste,” Shreffler said. “They make everything in a pot so it can be reheated.”

She also wants to introduce people to the related concept of “eating the whole bird, eating it with a skin on and understanding the nutritional benefits of that,” Shreffler said.

Resistance to that practice stems from concerns about fat, she said, but those are often unfounded.

“We’ve been taught to be afraid of fat, but there are nutritional ways to eat the skin and fat if we eat in moderation and understand what we’re consuming,” Shreffler said.

She will teach the class to make sofrito, a cooking base made with onion, garlic, cilantro and bell peppers.

“You purée everything, and when you’re making a dish, like rice or beans, you put that in the oil and it carries through the dish,” she said. “It’s like a space blend, but wet, like a paste. You make that in bulk and freeze it.”

She will also teach them to make several traditional dishes, including tostones, which are a dipping snack made with plantains, and aspao, a stew with a rice and tomato base that includes chicken and olives.

Sheffler has worked as a pastry chef in Connecticut and describes herself as a farmer, but learned Puerto Rican cooking as a youngster in New York.

“I grew up in the Bronx, and all of my neighbors and friends were from different countries,” she said.

When: January, February and March, from Wednesday through Sunday each week, with multiple classes on weekends and classes for children during February school break

How much: Prices start at $55 for adults and $15 for children; discounts available for members