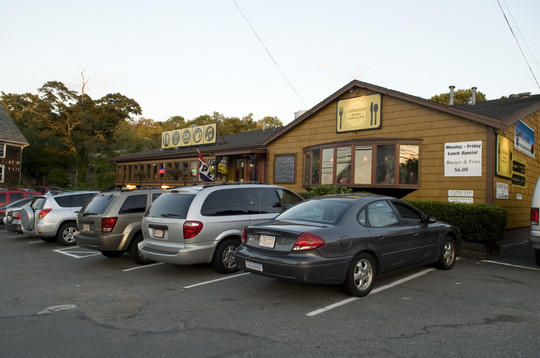 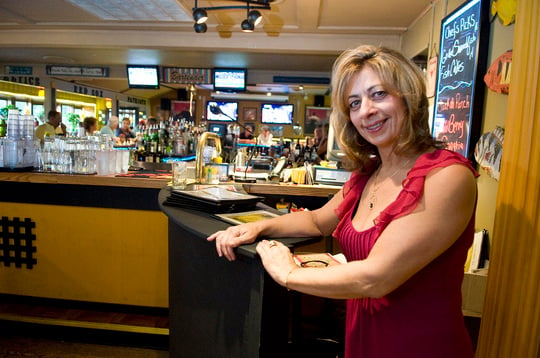 When the IRS closed down Vinnie's Harbor House, Annette Perrine of Main Street's Espresso Restaurant jumped at the chance to buy the seized restaurant's full liquor license at auction for a fraction of its market value.

"Even with the liens," says Perrine, whose existing license for the Main Street restaurant had limited her to sales of beer and wine, "it saved me tens of thousands of dollars."

Those tens of thousands of dollars would come in handy when, in turn, the mortgage company suddenly offered to sell the vacant property to Perrine, whose father had owned another harborfront eatery, Captain's Courageous.

"It enabled me to self-finance my lifelong dream of one day owning a restaurant just like this one," says Perrine of the new Espresso Italian Grille and Pub.

The growth has not come without growing pains. The new restaurant opened Aug. 11 during the peak of a perfect season, an hungry sun-seared hordes of beachcombers made a bee-line for the place. The seating capacity was almost double what her staff was used to, and what with one thing and another — like a new bar menu, not to mention a new 30-seat bar — the number of meals served instantly quadrupled.

Even with an eventual four-fold staff increase, it was, admits Perrine, a challenging time. On two consecutive Saturday nights, the new computer system crashed. On other evenings, it was the ancient dishwashing machine.

"We bought the place lock, stock and barrel," says Perrine. And that included the now-replaced dishwashing machine, along with a foot of standing water in the basement, both of which created some unforeseen expenses.

But Perrine is not complaining.

"To me, the biggest increase is the opportunity to expand, fulfill potential," she says. "We can just do so much more out here."

Perrine says her next-step includes getting an extension of her premises permit for outdoor deck dining, and an entertainment license for live music.

"We've already got a Sunday jazz brunch going on a trial basis permit," she says, and we're hoping to make the place a regular part of the city's music scene."

There's plenty of room for everything now, says Perrine, including plenty of free parking.