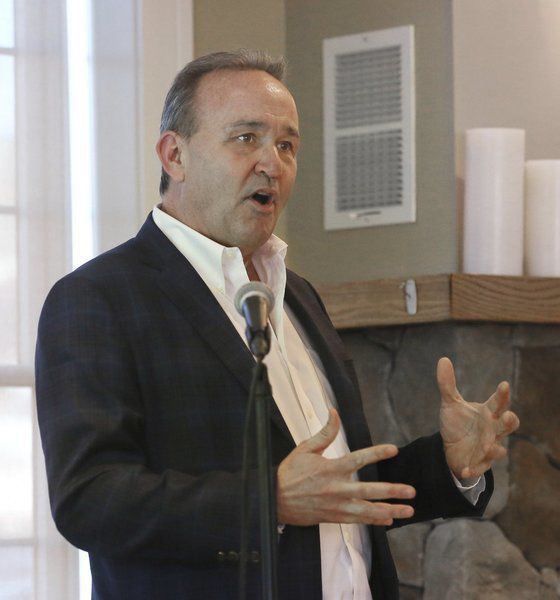 Judson Reis is retiring as president and CEO of Gorton's of Gloucester He is shown speaking last year at the Cape Ann Chamber of Commerce's annual Economic Outlook Breakfast at the Gloucester House restaurant. 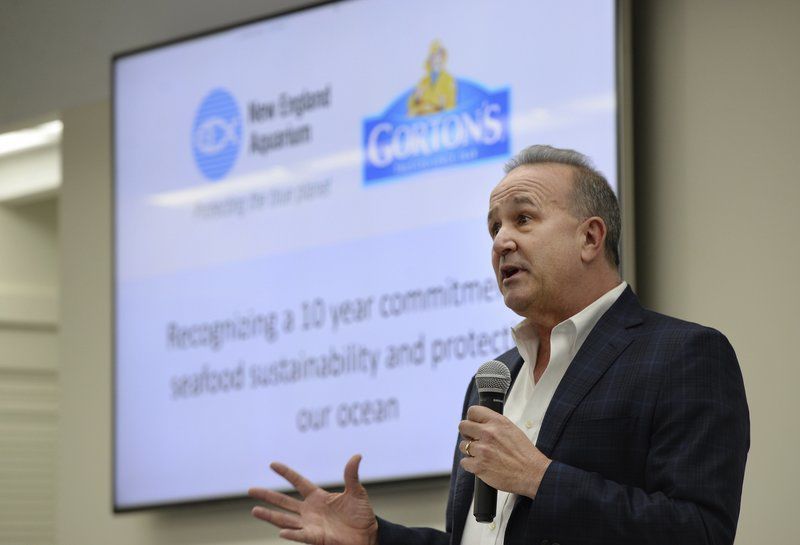 Gorton's CEO Judson Reis speaks during a program at Gorton's in December, which was hosting executives from the New England Aquarium to celebrate their decade of partnership in seafood sustainability. Reis is stepping down at the end of the year.

Judson Reis is retiring as president and CEO of Gorton's of Gloucester He is shown speaking last year at the Cape Ann Chamber of Commerce's annual Economic Outlook Breakfast at the Gloucester House restaurant.

Gorton's CEO Judson Reis speaks during a program at Gorton's in December, which was hosting executives from the New England Aquarium to celebrate their decade of partnership in seafood sustainability. Reis is stepping down at the end of the year.

The Gorton's fisherman is getting a new boss.

Judson Reis, the president and chief executive of Gorton's for the past 11 years, is stepping down at the end of 2019, the venerable Gloucester seafood retailer announced Thursday.

Reis, a 29-year Gorton's employee who helped guide the seafood company through a shifting and segmented consumer landscape of sustainability and increased health awareness, will be succeeded Jan. 1, 2020, by Kurt Hogan, the company's current vice president of sales.

Reis, who joined Gorton's in 1990 as an associate marketing manager after receiving his master's degree in business administration from the Columbia School of Business, said he will remain busy after leaving Gorton's, with his time and energies "divided in different areas and several initiatives."

He declined to be more specific. Reis did say he will remain in Gloucester while pursuing new endeavors.

Reis said Hogan, who joined Gorton's in 1991 as a field-based regional business manager after six years in sales at General Foods, is the appropriate executive to succeed him as the company pursues its next era of growth.

"His combination of strategic sense and his deep knowledge of our customers and our products makes him the perfect person for the job," Reis said.

Hogan transferred to Gloucester in 1995 as an area trade planning manager in customer marketing. In 2010, he was named director of sales responsible for the northeast U.S., Canada and all sales administration. He was elevated to vice president of sales in 2012.

Hogan, in a prepared statement, returned the compliment from Reis.

"Judson's storied career enabled him to develop a deep understanding of the factors that drive Gorton's business success," Hogan said. "The combination of his work experience, leadership skills and focus on surpassing consumer expectations makes him someone whose perspective and judgment will be missed."

Reis was promoted to vice president of marketing in 2004. Five years later, he ascended to the company's top executive position. Outside the company, he also has held leadership positions with the National Fisheries Institute and is the founding chairman of the Seafood Nutrition Partnership non-profit.

Locally, he has been active as president of The Open Door's board of directors and as a board member of the North Shore United Way and Pathways for Children.

"During his tenure as president and CEO, retail product ingredients have been dramatically simplified, health profiles have been improved, core products significantly upgraded, new innovations successfully added and cross-functional teams have been established around new customers," Gorton's said of Reis' tenure in the statement.

Reis' leadership reign at Gorton's, which operates as a subsidiary of the Japanese seafood conglomerate Nippon Suisan Kaisha Ltd. (Nissui), has spanned an era of emerging consumer demands for healthier products from sustainable fisheries.

The shifting business model required major capital investments even while reducing costs and implementing a leaner business structure at the 170-year-old company that stands as one of the nation's oldest continually operated businesses.

In an interview last year, Reis said Gorton's long-term strategy could include expanding its current workforce of about 425 employees and the inception of new product lines as it explores emerging consumer trends throughout North America,

"On balance, I feel very optimistic about what's happening in our business, about our ability to change and adapt to the world around us. I feel that confident (because) of the people who are down the street," Reis said, alluding to the Gorton's complex at the lower end of Rogers Street, following a March 2018 speech at Cape Ann Chamber of Commerce event at The Gloucester House restaurant.