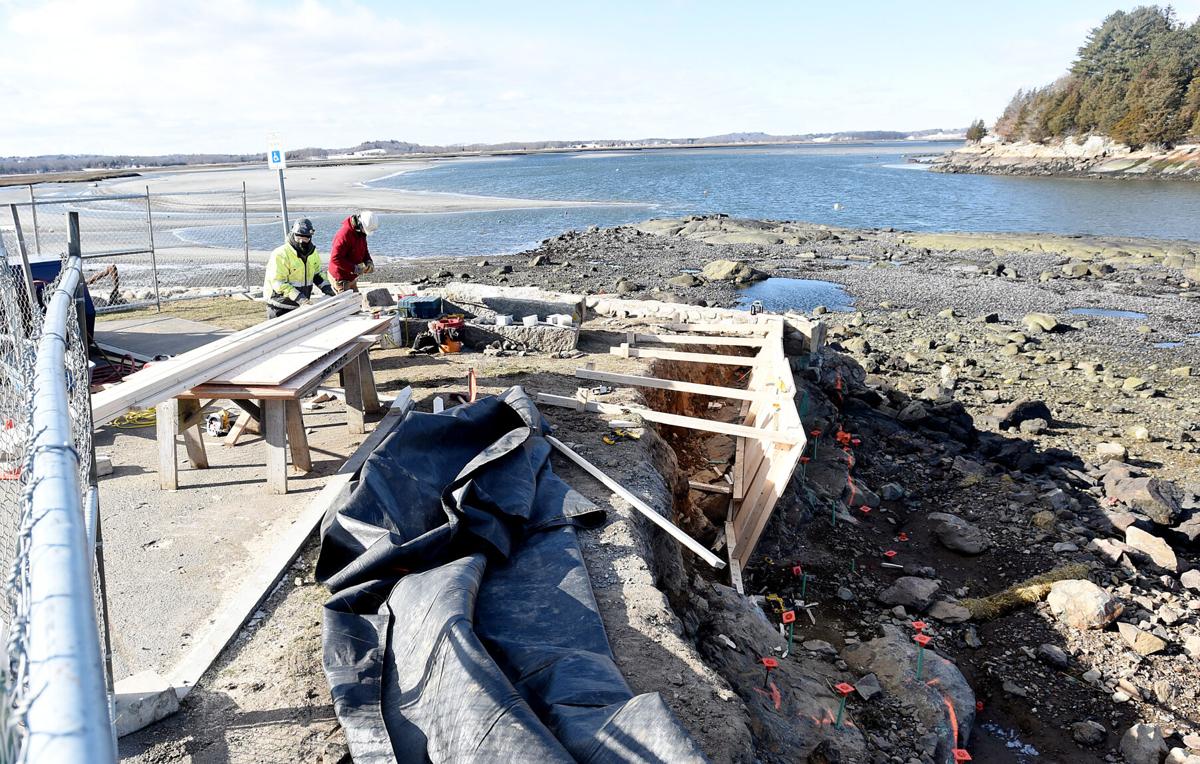 Work on the new seawall on Conomo Point in Essex has begun. 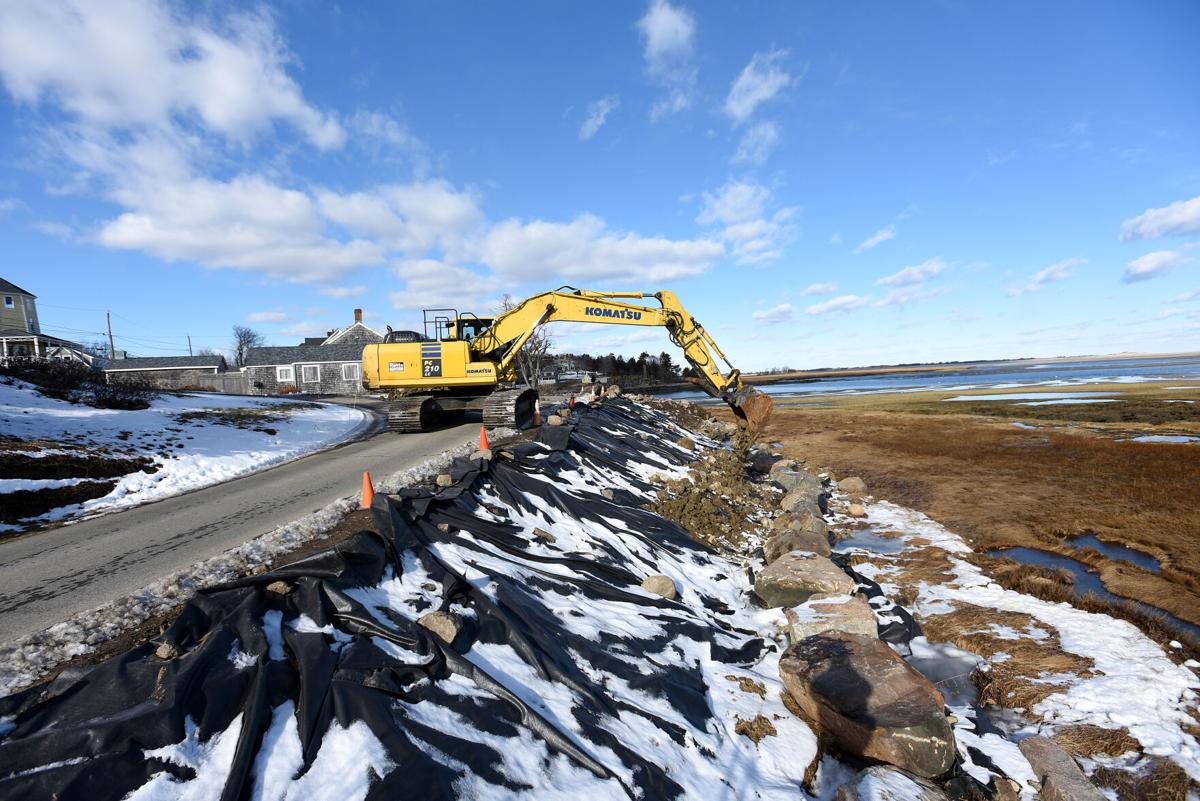 Work on the new seawall on Conomo Point in Essex has begun. Here, crews work use a backhoe to drop rocks at the shore’s edge.

Work on the new seawall on Conomo Point in Essex has begun.

Work on the new seawall on Conomo Point in Essex has begun. Here, crews work use a backhoe to drop rocks at the shore’s edge.

ESSEX — More than 900 feet of the seawall protecting Conomo Point will be replaced by May.

Crews with ACK Marine & General Contracting, which was awarded the project for a a bid of $1,951,000 this past October, have been tearing down the century-old stone masonry wall since late December.

“The Conomo Point seawall was constructed in sections over the last 100 years,” explained Town Administrator Brendhan Zubricki. “There has been no recent work on it.”

Heavy storms destroyed large portions of the seawall in 2018, requiring the town to make some stop-gap repairs.

“That work was only intended to stop the bank from eroding toward (Conomo Point Road),” Zubricki said. “After that work was done, we pulled together grant money for the replacement wall.”

The town received $65,650 from the state’s Dam and Seawall Repair or Removal Program for design work on the replacement project. In addition, Fall Town Meeting in 2018 approved of using $16,500 of town’s free cash for the design portion of the project. GZA Engineering Company was hired to draft the designs.

The following year, the town applied to the state’s program again to cover construction costs. After one rejection, the state awarded the town $1.739 million in 2020, funding 75% of the project. The 2019 Annual Town Meeting approved using $573,300 from the Sale of Real Estate Fund to cover further improvements to the seawall.

“We haven’t received a final long term schedule but it seems to be on track,” he continued. “The project is still in its beginning stages, so we’ll know more further down the road.”