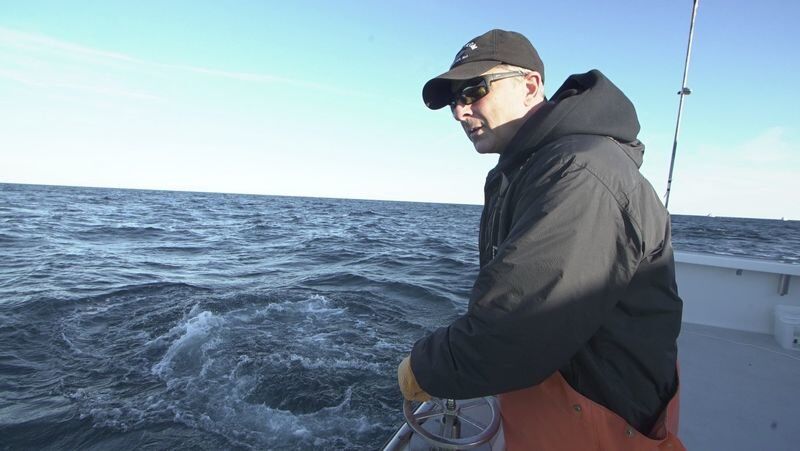 Courtesy photo:Capt. Dave Carraro, Gloucester's five-time champion of "Wicked Tuna," is heading into the finale of the spinoff series "Wicked Tuna: Outer Banks" in which he is among the five boats separated by a thin margin as the seventh season's competition comes to a close. The 90-minute finale airs on National Geographic on Sunday, Oct. 18, at 8:30 p.m. 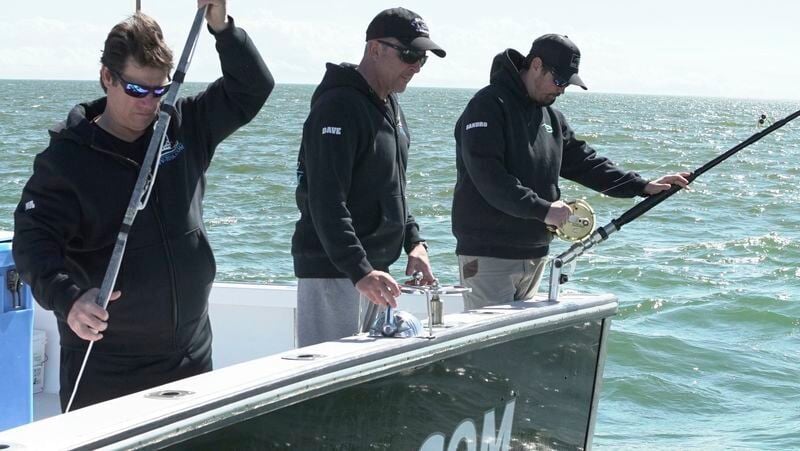 Courtesy photo:Capt. Dave Carraro, Gloucester's five-time champion of "Wicked Tuna," is heading into the finale of the spinoff series "Wicked Tuna: Outer Banks" in which he is among the five boats separated by a thin margin as the seventh season's competition comes to a close. The 90-minute finale airs on National Geographic on Sunday, Oct. 18, at 8:30 p.m.

Gloucester's Capt. Dave Carraro, five-time champion of "Wicked Tuna," is heading into the finale of the spinoff television series "Wicked Tuna: Outer Banks." His FV-Tuna.com is among the five boats that are separated by a thin margin as the competition comes to a close for its seventh season.

Carraro, like other Gloucester fishing captains, embraced the opportunity to fish in the southern Atlantic off the treacherous coast of North Carolina. This is his first time competing in the Outer Banks series.

This season is dubbed "the ultimate battle between North and South,"  particularly  because nearly every captain has won a season or been on the crew of a winning boat in one of the show's previous series.

Carraro, who thrives on competition, is up against his near southern counterpart with Capt. Greg Mayer of the Fishin’ Frenzy, who is a four-time champion of "Wicked Tuna: Outer Banks."

Also fishing aboard the FV-Tuna.com are Paul Hebert, a fan favorite of "Wicked Tuna" aboard his vessel the "Wicked Pissah," and Gloucester native Sandro Maniaci, who is Carraro's longtime first mate.

Other Gloucester fishermen competing in "Outer Banks" are Capt. T.J. Ott of the Hot Tuna, who recently won season nine of "Wicked Tuna," as well as two-time "Wicked Tuna" champion Capt. Tyler McLaughlin of the Pinwheel. McLaughlin also has been the runner-up three times in the "Outer Banks" series.

In the wild world of fishing giant bluefin tuna, it can come down to the final weigh-in of that last fish caught before the competition ends to see who is crowned the victor.

Carraro said one of the biggest challenges is sleep deprivation, adding that being able to function at a high level even when exhausted is what differentiates the professional fisherman from the amateur.

"We just don’t sleep," he said. "We’re out there for three, four days at a time, and we’re awake for most of that. It seems like even when you get a chance to lie down for a nap, that’s when you hook up. Or when the weather’s rough and you have to shut down the operation, you still don’t get to sleep, because you get tossed around in the bunk."

Reflecting on his time in his debut in the Outer Banks competition, Carraro said it was rewarding.

"This is my first season down south and it was a great experience being there — from the hospitality of the other fishing boats to the dock master and the people. The southern hospitality is above and beyond what I expected. People are so nice and willing to help in whatever way they can," he said. "I would definitely do it again if I am invited. I'd leave right now if they asked me to go."