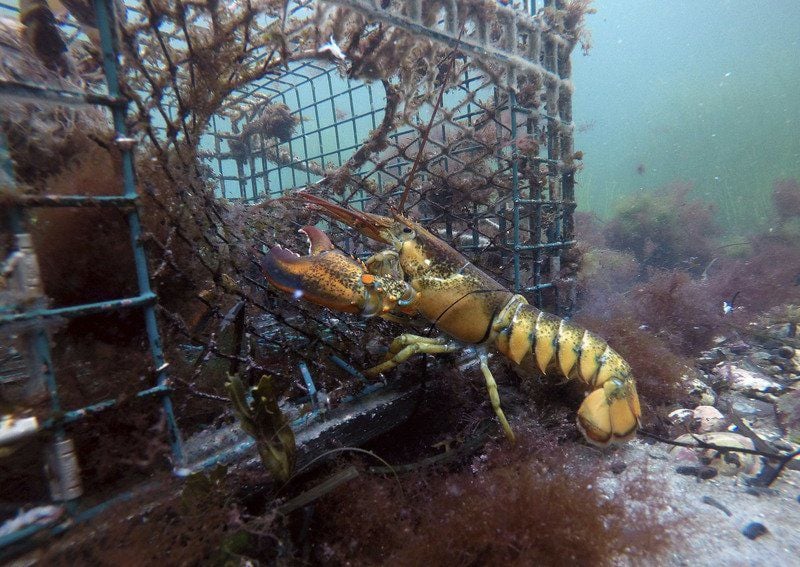 ROBERT F. BUKATY/AP file photo/A lobster walks into a lobster trap on the floor of the Atlantic Ocean. The state Senate has approved a measure authored by Senate Minority Leader Bruce Tarr of Gloucester that would permit licensed wholesale dealers to process unfrozen lobsters, import unfrozen shell-on lobster parts, and allow for the sale of processed lobster. 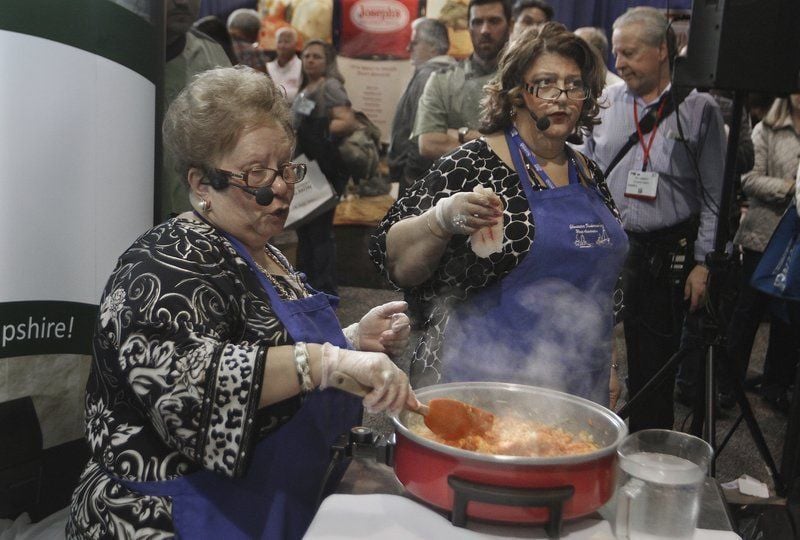 ROBERT F. BUKATY/AP file photo/A lobster walks into a lobster trap on the floor of the Atlantic Ocean. The state Senate has approved a measure authored by Senate Minority Leader Bruce Tarr of Gloucester that would permit licensed wholesale dealers to process unfrozen lobsters, import unfrozen shell-on lobster parts, and allow for the sale of processed lobster.

Perhaps the third time will be the charm. We shall see.

State Senate Minority Leader Bruce Tarr is back with his bill that would permit processing of fresh and frozen lobsters in Massachusetts and cease the mandate to send Massachusetts-landed lobsters out of state for processing into parts.

This year, Tarr and supporters of the bill took a different route. They attached the bill to a supplemental budget already passed by the House.

That means the bill, now before the Legislature's Joint Committee on Environment, Natural Resources and Agriculture, still has a chance to live on if it remains in the supplemental budget following the conference committee.

As we've previously written, supporters have made a strong case that changing the law would provide expanded and more efficient markets for lobstermen, create jobs and other platforms of growth for the processing industry, help coastal communities, such as Gloucester, diversify their waterfront infrastructure, and provide consumers with more choices.

The benefits of the proposed change were recognized in a report by the state Division of Marine Fisheries report and the state fishery management agency has recommended adopting the measure.

Sticking with lobsters for a second, here's a fun fact: Last Thursday was Pi Day, designated as such to celebrate the mathematical symbol that represents the constant ratio of the circumference of a circle to its diameter, or 3.14159 (give or take an incremental slice). The Massachusetts Institute of Technology often uses the day to announce the successful candidates for its incoming undergraduate class.

Anyway, some of those smart MIT engineering folks have been studying the translucent soft membranes on the underside of lobster tails whose properties make them among the toughest and most flexible of all natural hydrogels – polymer gels which are composed of about 90 percent water. And that research could produce a commercial use for the membrane: flexible body armor for humans.

"The team's results show that the lobster membrane is the toughest material of all hydrogels, including collagen, animal skins and natural rubber," according to a piece in MIT News. "The membrane is about as strong as industrial rubber composites, such as those used to make car tires, garden hoses and conveyor belts."

The piece went on to say the tough, stretchy membrane "could serve as a design guide for more flexible body armor, particularly for highly mobile regions of the body, such as elbows and knees."

The full paper on the research appeared online in the journal, Acta Materiala. Check it out and report back for extra credit.

The folks down at the Phyllis A Marine Association, who are working so hard to restore the 94 year-old, 58-foot wooden gillnetter, are holding a fundraiser on April 6 (a Saturday) to help replenish the coffers for the project.

The event, which will include dinner and dancing, will carry a 1950s theme and attendees are encouraged to arrive in the garb from the era. It's set to run 6 to 10 p.m. at the Gloucester Friendship Club on Webster Street. Tickets are $25 and are available from the association's website or at the door.

Perhaps even as you read this, city Economic Development Director Sal Di Stefano and his merry minions are hard at work setting up for the city's big day at the annual Seafood Expo North America trade show at the Boston Convention & Exhibition Center in Southie.

The city is making its fifth appearance as an exhibitor at the show that opened on Sunday and is set to run through Tuesday. The city has upgraded the location of its booth (No. 1881 if you're heading in) and will feature cooking demonstrations by Mayor Sefatia Romeo Theken and Angela Sanfilippo of the Gloucester Fishermen's Wives Association.

The city also will host an invitation-only buyers reception to pitch Gloucester Fresh products. We hear lobster arancini is on the menu. You know what that means: Make way for the media!

Check out Tuesday's Gloucester Daily Times and gloucestertimes.com for a full report on the happenings.

The Seafood Expo North America, combined with the concurrent Seafood Processing North America Expo show, feature more than 1,300 exhibitors from 50 countries. This year, the Seafood Expo North America exhibitors will include the Cause of Action Institute, which was a driving force behind the failed federal lawsuit, Goethel v. Pritzker, that sought to overturn the right of the federal government to impose the costs for at-sea monitoring onto the fishing industry.

CoA has taken exhibition space at booth No. 2667 and is asking that any commercial fishermen at the show drop by if they want to share their personal stories or learn more about the institute's "work defending the rights and economic freedoms of commercial fishermen."