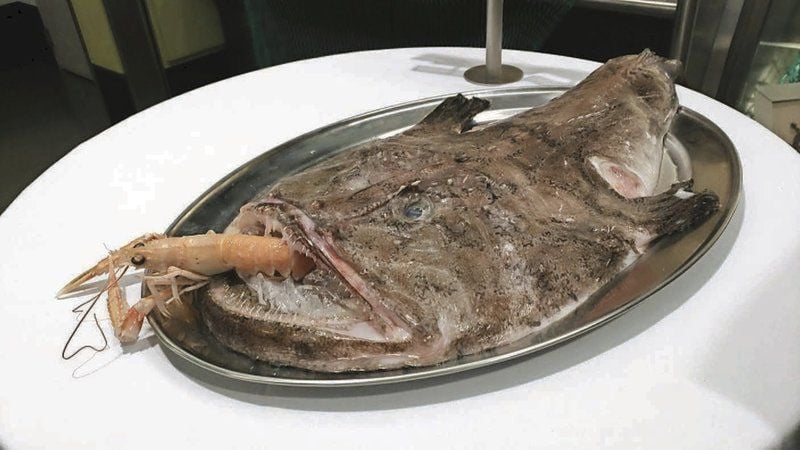 SEAN HORGAN/Staff photoGloucester served monkfish, pictured with a Norway lobster in its maw, at its Gloucester Fresh booth and VIP tasting the at Seafood Expo North America in Boston. 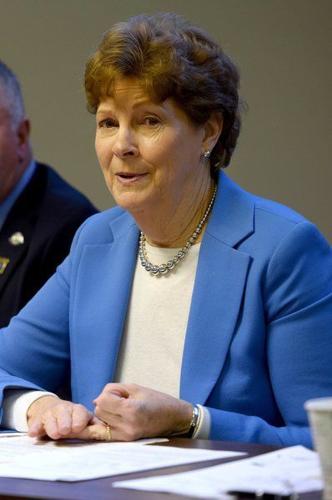 SEAN HORGAN/Staff photoGloucester served monkfish, pictured with a Norway lobster in its maw, at its Gloucester Fresh booth and VIP tasting the at Seafood Expo North America in Boston.

Let's kick off today's edition of FishOn with a little programming note, courtesy of the New England Fishery Management Council.

Actually, you're free to go to Boston. Just don't go to the meetings. Due to the fact that there apparently are no more groundfish, the meetings have been postponed. Kidding. Just kidding. We've got a whole ocean of groundfish out there.

In fact, the meetings have been postponed to a yet-to-be-determined date in May because there is more work to be done on the technical analyses used as the basis for discussions by both the advisory panel and the groundfish committee as a whole.

"The necessary analyses aren't ready yet, either for the groundfish committee or the advisory panel, to discuss Groundfish Monitoring Amendment 23," Janice Plante, council spokeswoman, said in a Friday email. "And Amendment 23 was the focus of the meetings."

The council staff, she said, has been working feverishly to finish the council framework that includes specifications for the upcoming groundfish season, including catch limits for 20 groundfish stocks. They also have been working at trying to complete a separate measure dealing with recreational cod and haddock measures.

Both proposed rules have been published in the Federal Register and regulators are seeking stakeholder comment on both.

"The 2018 fishing year begins on May 1, so you can see that both of these actions were high priorities," Plante wrote.

So, there you are. No groundfish meetings Monday or Tuesday. And speaking of high priorities, if you do head to Boston anyway, stop in at the Newbridge Cafe in Chelsea for lunch. The steak tips and lamb tips are unbelievable. You'll thank us for the tip(s).

And speaking of monitors

According to U.S. Sen. Jeanne Shaheen of New Hampshire, the final federal budget passed last week by Congress includes money to pay for at-sea monitors, so that the complete cost for having observers on board – estimated at about $710 per day, per vessel – doesn't land squarely on the heads and wallets of fishermen.

Shaheen is the lead Democrat on a Senate appropriations subcommittee. She said Thursday the bill also includes $2 million in new funds for New England groundfish research, including the impacts of changing climatic conditions and warming waters on the fishery, according to the Associated Press.

Shaheen didn't specify whether the feds will pick up the full tab for at-sea monitors (highly doubtful) or whether, as in the past two seasons, it will reimburse fishermen for a percentage of their monitoring costs (much more likely).

Correctness can be cool

It's a wily bunch out there that reads FishOn every week, crafty even. And smart. A couple of weeks ago, the Gloucester Daily Times ran a story about Gloucester's participation in the Seafood Expo North America in Boston and it's focus this year on monkfish.

As part of the story we ran a picture of a fresh monkfish the city borrowed from a bunch of Scots at the show to serve as the visual centerpiece for their VIP luncheon tasting. The picture showed a monkfish with another creature in its mouth that we identified as a shrimp.

According to reader Leo DeRosa, the curious crustacean was not a shrimp, but a species of lobster.

"It is a Nephrops Norvegicus (aka, Norway or Scampi lobster)," DeRosa wrote. "It is commonly harvested in Scottish waters, so it did pair well with the Scottish Monkfish!"

Where else can you learn this stuff?

Let's see them do this in the Gulf of Maine

There is this really cool website called Atlas Obscura that, if you're into travel, adventure and good eats, you might want to check out.

The site recently had a great story about the dying art of fishing for shrimp on horseback in Belgium. That is not a typo.

"The fishermen, known in Flemish as paardenvissers, ride Brabant horses, a regional breed that is large and sturdy (generally around 5-foot-7, or 16 hands, at the withers), with dense feathering on their lower legs, flaring out over their hooves like the bell of the trumpet," the story said.

Apparently they ride into the surf until the water is chest-high on the horses, dragging behind them a 30-foot funnel-shaped net.

"As the horse walks, a chain dragged over the sand creates vibrations – causing the shrimp to jump into the net as gaily as if they'd been called for supper," the piece said. "Once every half-hour, they return to the beach. The horse has a few minutes to rest as the fisherman empties the net, using wooden sieves to shift through the catch."

How great is that? A veritable cavalry for shrimp.

Know what we here at FishOn are known as in Flemish? They call us FiSean.

Shrimp Fishing on Horseback for 700 Years