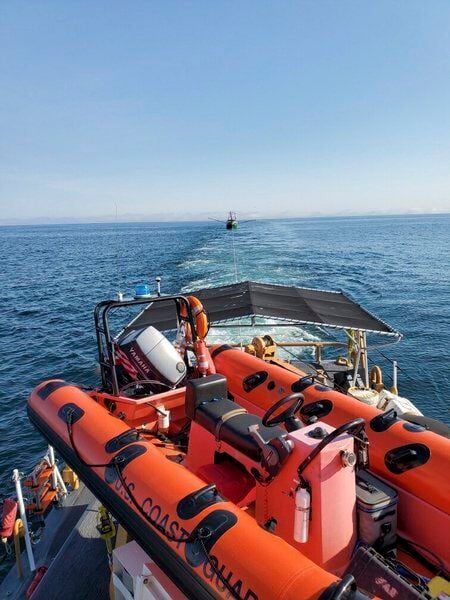 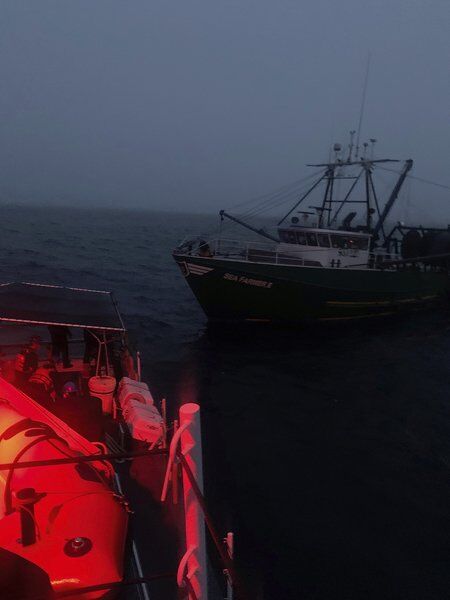 A Gloucester-ported fishing vessel suffered disabling mechanical problems on Wednesday and had to be towed 60 nautical miles over 19 hours by the Coast Guard before making it into Gloucester on Thursday under its own power.

The Coast Guard dispatched the 110-foot cutter Sitkinak out of Portland, Maine, and a 47-foot life saving boat out of Station Gloucester on Harbor Loop.

"Sitkinak's crew arrived on scene and began to tow the Sea Farmer II at 5:30 p.m. Wednesday," the Coast Guard reported. "They then towed them 60 nautical miles over the course of 19 hours to rendezvous with a sister ship of the fishing vessel, and attempt repairs."

Petty Officer Ryan Noel, Coast Guard spokesman at the First District Northeast in Boston, said the Sea Farmer II crew was able to return power to the vessel and it made it back into Gloucester at about 3 p.m. Thursday. It was escorted by the 47-foot life saving boat out of Station Gloucester.

The Coast Guard said there were no reported injuries. Seas were running at 2 to 3 feet under winds of 10 to 15 knots during the tow.

The Sea Farmer II holds a number of federal and state permits, including offshore lobster, scallops, squid, monkfish and a number of Northeast Multispecies groundfish permits.