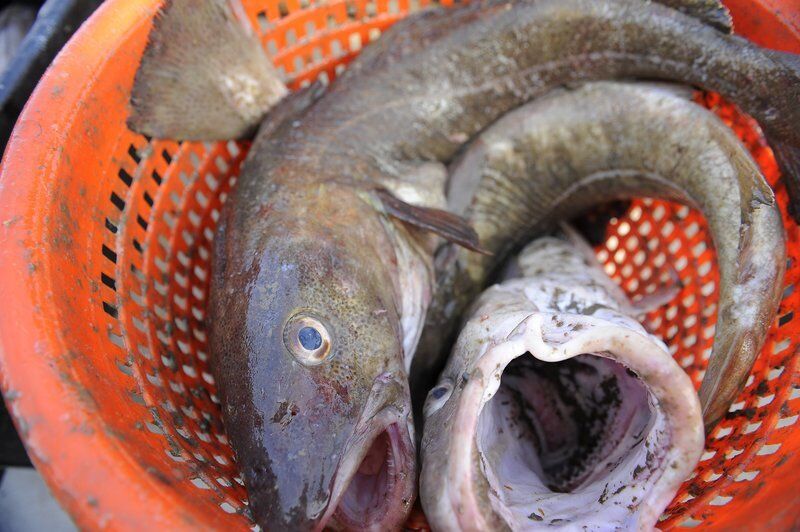 Joseph Prezioso/File photo/Fresh caught cod wait to be gutted on the F/V Sabrina Maria on Jan. 19, 2018. GMGI researchers have developed of a new genetic tool to help distinguish between spring-spawning and winter-spawning cod. 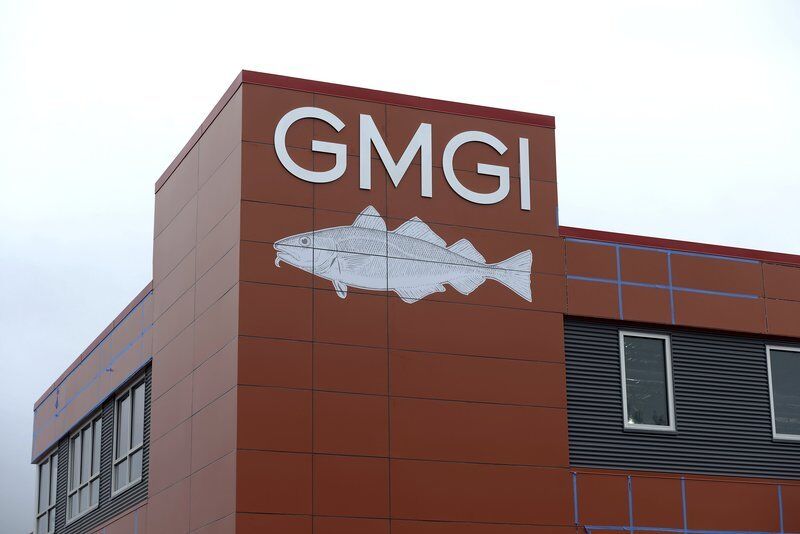 PAUL BILODEAU/Staff file photo/ Researchers at the Gloucester Marine Genomics Institute have published a new study on regional cod's genome. They found separate stocks of western Gulf of Maine cod — spring and winter spawners, and some fish that might switch spawning seasons.

Joseph Prezioso/File photo/Fresh caught cod wait to be gutted on the F/V Sabrina Maria on Jan. 19, 2018. GMGI researchers have developed of a new genetic tool to help distinguish between spring-spawning and winter-spawning cod.

PAUL BILODEAU/Staff file photo/ Researchers at the Gloucester Marine Genomics Institute have published a new study on regional cod's genome. They found separate stocks of western Gulf of Maine cod — spring and winter spawners, and some fish that might switch spawning seasons.

When the Gloucester Marine Genomics Institute opened its doors in 2013, the first major project undertaken by its researchers focused on the gene sequencing of the region's iconic species of Atlantic cod.

It was fitting. The species was the very lifeblood of the regional groundfish fishery through centuries and the economic engine that drove the commercial fishing industry through its halcyon era.

The cod project led to GMGI's first published paper in 2017. Four years later, GMGI researchers have built on that first study by publishing a second manuscript detailing the development of a new genetic tool to help distinguish between spring-spawning and winter-spawning cod, as well as males and females, in the western Gulf of Maine.

The study, published in the August edition of the journal "Ecology and Evolution" could prove a boon to marine researchers and fishery biologists by bringing sharper resolution to stock assessments and applying the best science to understand the complex fishery, said Tim O'Donnell, a senior research associate at GMGI and lead author on the study.

"The original work at GMGI was pretty similar to this, but they used a slightly different technique and way fewer individuals (cod)," O'Donnell said.

In the most recent study, according to O'Donnell, the GMGI team worked with the state Division of Marine Fisheries and some commercial fishermen to assemble a more robust sampling program.

Where the first study was based on the genetic sampling of 30 individual cod, the new study sampled more than 200 fish.

The second advancement was the ability of O'Donnell and primary collaborator Tim Sullivan, another GMGI researcher, to track the differences among sampled cod across three million places on the full genome.

"We took all that data and narrowed it down to just 25," O'Donnell said. "We basically have these 25 individual sites that we can really reliably tell the difference between spring and winter spawners. That will be a valuable tool moving forward to manage cod."

And in good news for the cod, new sampling techniques allowed the GMGI researchers to use mere fin clippings rather than engaging in traditional techniques that resulted in the demise of the cod subjects.

"When we catch a cod in the Gulf of Maine, we can take one small fin clip and with just those 25 sites, we can really understand if that's a spring or winter spawning fish," O'Donnell said.

But recent work by the interdisciplinary Atlantic Cod Stock Structure Working Group has led cod researchers to overhaul that view.

"They said there's not just two out there," O'Donnell said. "There are actually five in our waters. In the western Gulf of Maine, where we have spring and winter spawners, those are the two separate stocks and they overlap spatially. So, it's really difficult to tell them apart without using the tool that we just created."

He also said the abundance of data collected since the first study shows that a small number of "migrant" Atlantic cod might switch spawning seasons.

"We're not really sure what might make them do that," he said.

DMF collected the cod samples over a number of years as part of its industry-based trawl survey that ended in 2019. Commercial fishermen, in cooperation with NOAA Fisheries, also provided GMGI with many of its Georges Bank cod samples.

On a typical day in the lab, O'Donnell would take a small piece of fin from each of the samples, extract the DNA and sequence across the entire genome.

"There were several months where that represented a lot of what I was doing," O'Donnell said.

Then came the computer work to narrow down the three million places to the more-manageable 25.

And what is the next step?

"We did all of this work to produce this really cool tool," O'Donnell said. "The next step is to start searching for some funding sources so we can do a follow-up study where we actually apply the genetic tool. The better we can understand it, hopefully the better we can look at management and regulations for the benefit of Gulf of Maine cod."