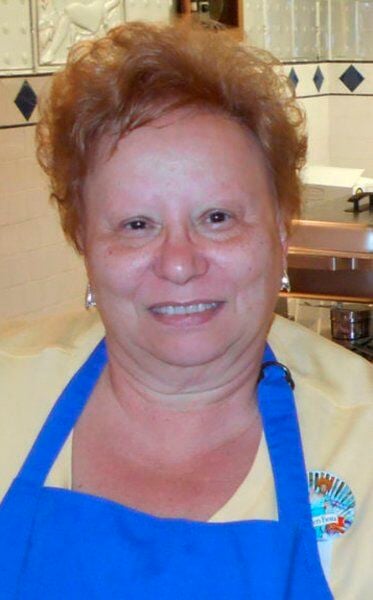 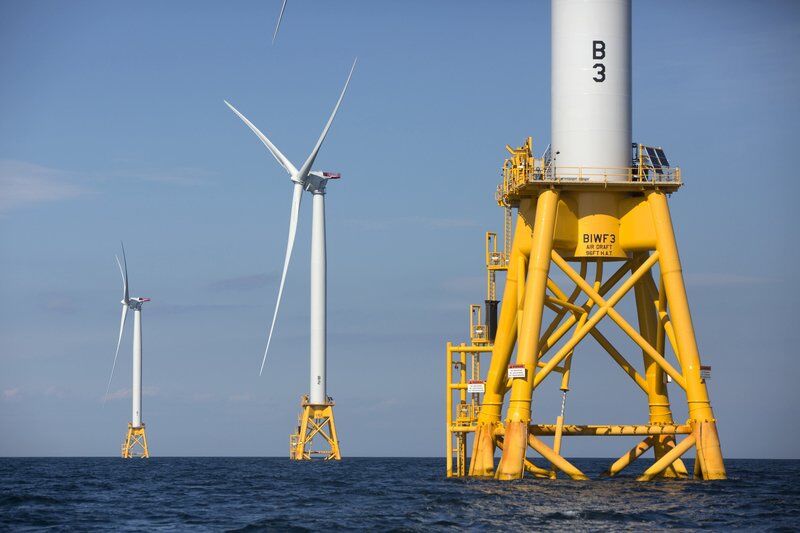 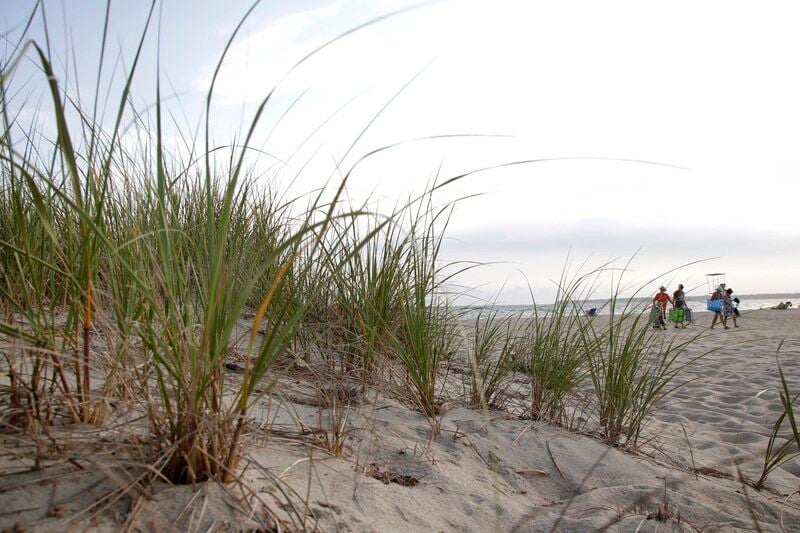 ELISE AMENDOLA/AP file photo/People walk on Covell Beach, in Centerville on the island of Martha's Vineyard. An offshore wind project off Massachusetts that would create 800 megawatts of electricity, enough to power 400,000 homes, was approved by the federal government Tuesday, May 11, 2021. The Vineyard Wind project, south of Martha's Vineyard near Cape Cod, would be the first utility-scale wind power development in federal waters. (AP Photo/Elise Amendola, File)

ELISE AMENDOLA/AP file photo/People walk on Covell Beach, in Centerville on the island of Martha's Vineyard. An offshore wind project off Massachusetts that would create 800 megawatts of electricity, enough to power 400,000 homes, was approved by the federal government Tuesday, May 11, 2021. The Vineyard Wind project, south of Martha's Vineyard near Cape Cod, would be the first utility-scale wind power development in federal waters. (AP Photo/Elise Amendola, File)

For almost a half century, Angela Sanfilippo has spearheaded campaigns to protect the physical and economic health of commercial fishermen, their families and the communities in which they live.

The longtime president of the Gloucester Fishermen’s Wives Association waged battle with energy behemoths while opposing two live natural gas pipeline terminals within about a dozen miles of Gloucester’s shores.

She fought foreign encroachment into U.S. fishing grounds and wrestled with fishing regulators over onerous fishery management regulations that have shrunk access to the rich fishing grounds that surround Cape Ann.

Now Sanfilippo is saddling up one more time to try to prevent the inexorable march of offshore wind projects in Massachusetts waters from blowing away elements of the Bay State’s historic and productive fishing industry.

“We are not crazy enough to think we’re going to stop this massive thing now,” Sanfilippo said at the beginning of an extended interview following the federal government’s final approval on May 10 of the Vineyard Wind 1 offshore wind project, located south of Martha’s Vineyard. “But we want to be at the table.”

To date, she said, that has not been the case. Commercial fishing stakeholders, she said, feel frozen out of the complex offshore wind approval process and cast adrift by elected representatives and government regulators.

“With our federal representatives, we are very, very, very upset,” Sanfilippo said. “They didn’t even call us and ask us, ‘How is this going to affect your fishing people?’ We received nothing. Nothing. I haven’t received a phone call or an email.”

She wasn’t as critical of the administration of Gov. Charlie Baker, an unabashed supporter of offshore wind projects in Massachusetts waters. But she wasn’t in a wholly congratulatory mood, either.

“The Baker administration has been very responsive to the fishing industry,” Sanfilippo said. “The governor has supported us on everything and it feels bad that we have to say what we need to say. But they need to wake up and realize what’s going to happen in those fishing grounds. When the fishermen cannot fish in these areas, the amount of seafood that is going to be cut is immense.”

A seat at the table

She was asked: How can the fishing industry and its advocates insert themselves more deeply in the process in a role that will allow them some influence in final decisions?

How do they get to the table?

“By pounding on the door and making sure they open it,” Sanfilippo said.

The Vineyard Wind 1 project is positioned as the primary vanguard in the development of U.S. offshore wind farms.

While there are at least a dozen other offshore wind projects in the review pipeline, Vineyard Wind has emerged — not without bruises and delays — as the nation’s first commercial-scale project and the darling of the burgeoning U.S. wind industry.

The project calls for the installation of 84 wind turbines about 12 miles south of Martha’s Vineyard. The project’s developers estimate that, when completed, the wind farm will produce about 800 megawatts of electricity. Officials say that is enough to satisfy the electricity needs of 400,000 homes.

Beyond the benefits of clean energy and conservation, developers say the project also will create 3,658 full-time jobs in Massachusetts between 2019 and 2047.

Sanfilippo is suspicious of the job claims.

“Nowhere have they said how many people, how many fishermen, they’re going to displace,” she said. “It’s like we don’t exist and the fishing grounds don’t exist.”

Environmentalists and clean energy advocates are fervent supporters, which might be one reason the Trump administration tried to scotch the project during the permitting process.

The Biden administration, upon arrival in January, quickly revived its fortunes and now Vineyard Wind and other wind projects carry considerable clout in Washington, D.C.

Ditto Massachusetts, where Baker has made the development of the renewable energy resource — and the accompanying jobs — an urgent priority.

But for Sanfilippo, offshore wind has crystalized her view that the project — similar to her battle over the LNG portals off Gloucester — is as much about profits and who owns the oceans as it is about renewable energy.

“This all about money,” she said. “Not only are they taking our food, and that is what they’re taking, but they’re also getting big tax credits. We’re talking millions and millions of dollars. But when the ocean is taken away, there’s no going back.”

Vineyard Wind’s developers say they have assembled economic mitigation funds for, among others, commercial fishermen who suffer economic reverses from reduced access to traditional fishing grounds in and around the massive project.

The fund covering commercial fishermen in Massachusetts and Rhode Island is about $40 million, according to Vineyard Wind. Sanfilippo said she would like to see those funds distributed through fishing stakeholder organizations rather than by individual states or the federal government.

She wasn’t the only stakeholder critical of the lack of transparency and inclusion within the review and approval process.

“Mitigation that is poorly defined, unrequired and unmonitored satisfies neither the public interest nor the law,” RODA said in a statement.

That’s just the accounting side. For Sanfilippo and other commercial fishing stakeholders, the path to meaningful protection for the fishing industry runs through the public domain.

Educating the public, Sanfilippo said, will be the silver bullet for getting a seat at the table.

“When I’m talking to people in the public about this and I explain how it could impact not only the fishermen, but how they feed their families, they say, ‘We didn’t know that. We had no idea’,” Sanfilippo said. “I think if we can get the public informed with the right information, I feel they will be supportive.

Sanfilippo concedes the Vineyard Wind 1 project won’t impact Gloucester fishermen as much as those on the South Shore, Cape Cod and the islands.

“We have a couple of Gloucester boats that go down there at exactly this time of year to fish for squid, and this project is right on top of the squid fishery,” she said. “This is a seasonal fishery. You miss them and they’re gone.”

The greatest losses, she said, will be measured in interruptions to the regional seafood supply chain that has become even more important during the COVID-19 pandemic to consumers seeking fresh, traceable and sustainable food.

The federal Department of the Interior has said there could be 2,000 wind turbines operating off the New England and mid-Atlantic coasts by about 2030.

As Sanfilippo gazes off toward the horizon, she sees that it’s only a matter of time before similar offshore wind projects will be proposed for the Gulf of Maine.

“If it isn’t today, then it will be tomorrow,” she said.