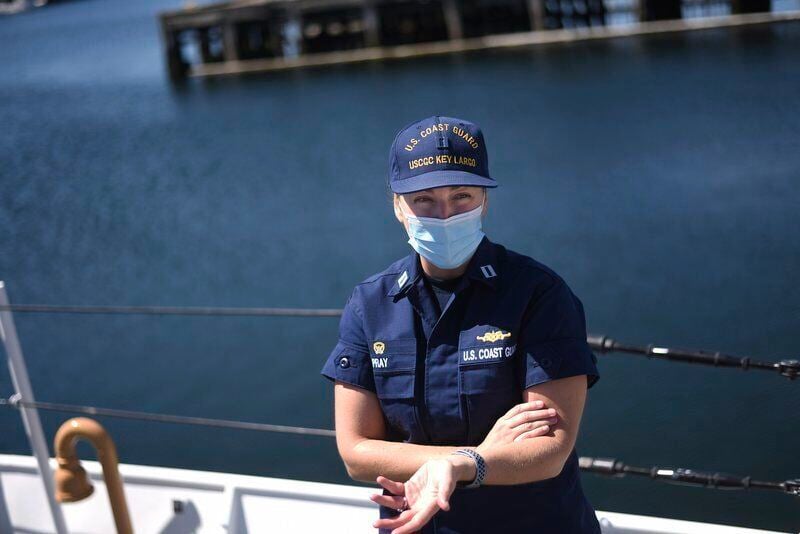 PAUL BILODEAU/Staff file photo. Command of the Coast Guard cutter Key Largo will be transferred from Lt. Tara Pray, pictured in May, to Lt. Devin M. Monteiro on Thursday. 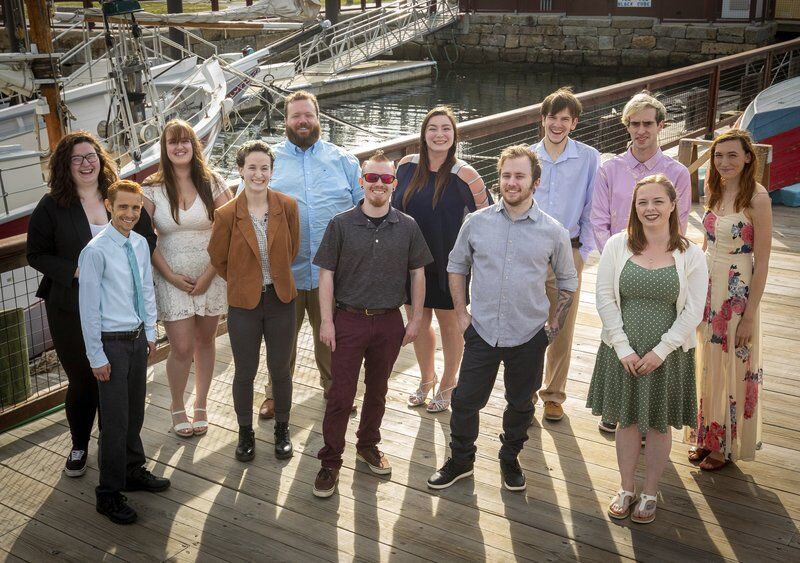 PAUL BILODEAU/Staff file photo. Command of the Coast Guard cutter Key Largo will be transferred from Lt. Tara Pray, pictured in May, to Lt. Devin M. Monteiro on Thursday.

A couple years ago, the fight over the Northeast Canyons and Seamounts Marine National Monument was all the rage.

The monument, created in 2016 by President Barack Obama, preserved about 3.2 million acres southeast of Cape Ann and about 130 miles off Cape Cod from commercial activities of all manner — including fishing. Lobster and crab harvesters were being phased out over seven years. It protected three underwater canyons, four seamounts and the surrounding resources and ecosystems.

Obama's presidential successor, Donald Trump, did his best to gut the monument's designation and protections during his term.

Last year, Trump reopened the area to commercial fishing and removed most of the monument's protections. The fishing industry was ecstatic. Environmentalists were aghast. The fish had no comment.

And now the battle is rejoined.

The Biden administration, according to several reports last week, is moving in the direction of reinstating full protections to the Canyon and Seamounts and two other land-based national monuments in Utah.

According to a report in the Washington Post, Interior Secretary Deb Haaland "recommended in a confidential report that President Biden restore full protection for the three national monuments" diminished by Trump.

"The White house is still deliberating," The Post report stated, quoting anonymous sources. "But Biden favors the idea of overturning Trump's actions. Employing the 1906 Antiquities Act, which gives the president broad latitude to protect threatened land and water, ranks as one of the easiest ways for Biden to conserve areas unilaterally."

Conservationists have turned their frowns around, while fishermen have assumed residency at the Kvetch Korner. So stay tuned. This is one of those stories that could give you whiplash.

The centerfield seats at the old Polo Grounds in New York City, following a 1929 reconstruction, were between about 475 feet and 483 feet from home plate. Only four players ever homered into them during a game — starting with Luscious "Luke" Easter of the Homestead Grays in a Negro League game in 1948. Who are the three players to do it in a major league game? True knowledge awaits down below.

You may have read a couple of stories in the last fortnight in the pages of the Gloucester Daily Times and online at gloucestertimes.com about continuing local efforts to resuscitate two struggling fish species.

In Rockport, it's the American eels, or elvers, that annually travel more than 1,000 miles to spawn in the town's Mill and Loop ponds.

In Gloucester, it's the river herring that make their way from the Atlantic to the Little River and up the city's West Gloucester fishway.

Now comes word from the Bay Area that California's Department of Fish and Wildlife is embarking on a massive effort to try to save the Chinook salmon from the detrimental effects of a furious drought, warming water temperatures and a century of damming North California rivers.

"Iconic Chinook salmon need cold running water to survive," per a report from CBS News. "They hatch in rivers, then migrate to the sea to mature. After a couple of years, they swim back to where life began to reproduce, or spawn. But this year, studies show fish born in the wild will likely die."

Marine biologists estimate that 80% of the released salmon could grow to maturity.

And what better way to celebrate those victories than with some really tiny cupcakes. That's the FishOn favorite.

We here at FishOn have a record on graduations that is, by our own admission, rather spotty. We've been eligible for three graduations (not counting our prison correspondent courses) and we've only attended one. Praise be, others are more dependable.

The Gloucester Biotechnology Academy recently got back in the business of in-person, al fresco graduations with a ceremony at Maritime Gloucester, sending 12 more graduates out to pursue their biotech dreams.

Their path during their nine months at the academy, given life under COVID-19, was at times rocky and frustrating. But they played to the final bell.

"This group of students persevered through some very challenging obstacles," John Doyle, the academy's education director, told the graduates and audience. "I'm incredibly proud of them, and can't wait to see what they do next."

The Class of 2021 was the fifth to matriculate through the academy, which continues to grow in stature through its graduates and its relationships with biotech heavy hitters within the Boston-Cambridge-North Shore life science hub.

So a hearty FishOn huzzah to all.

Key Largo gets a new skipper

On Thursday, the Coast Guard will hold a change of command ceremony for it Island-class cutter Key Largo at the Everett R. Jodrey State Fish Pier, where the cutter ties up when in port. The current commander, Lt. Tara Pray, will be turning over the bridge to Lt. Devin M. Monteiro and we'll be there to chronicle the event.

Pray, a nine-year veteran and commander of the Key Largo since 2019, will be heading back to school while remaining in the service. Pray, who attended the Coast Guard Academy, will be pursuing a graduate degree at the University of Rhode Island. She, like Chief Warrant Officer John Roberts at Station Gloucester, has been enormously cooperative and helpful to us here at FishOn and we wish her the best.

As always, no fish were harmed in the making of this column