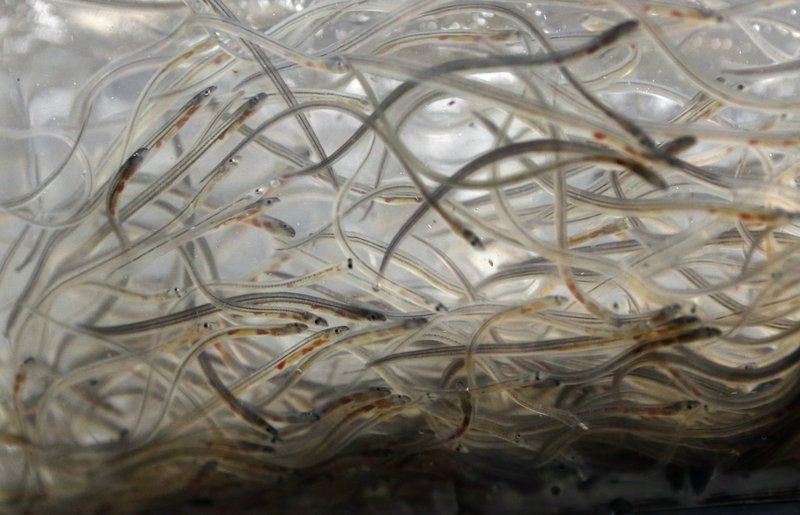 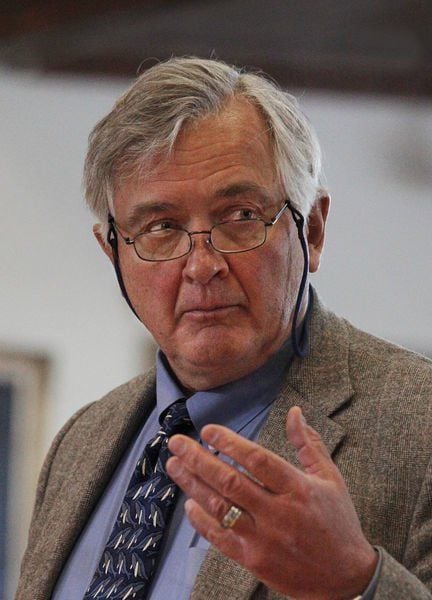 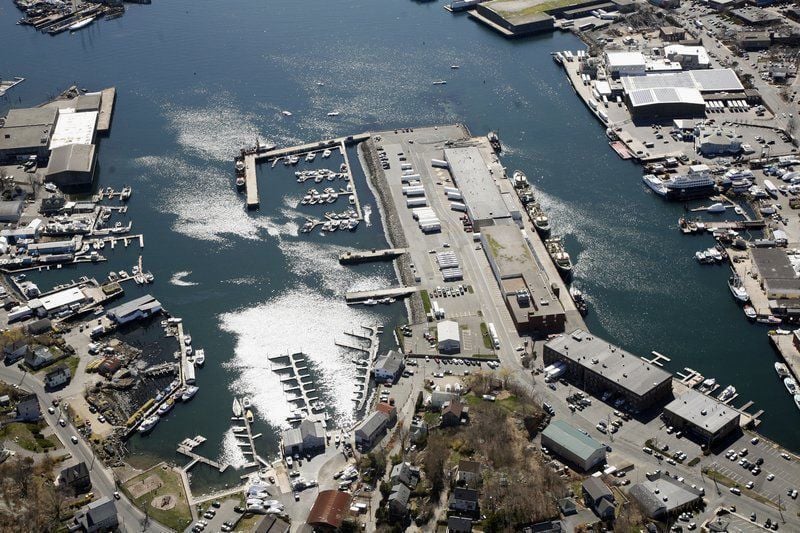 This 2013 photo shows Jodrey State Fish Pier in Gloucester Harbor from the air. The Baker administration likes the way it is managed so much that it is turning over the management of the state fish piers in New Bedford and Fall River to MassDevelopment, too.

This 2013 photo shows Jodrey State Fish Pier in Gloucester Harbor from the air. The Baker administration likes the way it is managed so much that it is turning over the management of the state fish piers in New Bedford and Fall River to MassDevelopment, too.

The FishOn gang was kicking around the subject of at-sea monitoring at our decennial staff meeting the other day and we came to a conclusion that absolutely no one can reasonably refute:

That singing in the rails means electronic monitoring is coming at some point to the Northeast groundfish industry and there ain’t no stopping that train.

Beyond that, nothing is certain.

How much will it cost fishermen to buy and install the system? Will the feds subsidize those purchases and associated costs? Will the systems be used on every trip and will they be active for every minute? What are the legal and privacy implications? Will the footage actually be viewed by computers and not humans? On and on it goes.

In the end, this could be a fight that makes the quota contretemps seem like high tea.

NOAA Regional Director John K. Bullard, making his first start of the year, came out last week throwing a mixture of heat and fluffy stuff in an open message to the fishery concerning EM.

He spent much of the top of the piece with off-speed stuff just off the outside corner in explaining why it is actually unfair “and a bit premature” to want to compare the costs of EM and traditional at-sea monitoring.

“There are too many critical unknowns right now in EM to compare costs in a meaningful way,” Bullard said.

He was just getting loose.

Then he got down to it, moving the ball back inside, making the case that EM is not only a solution, but an investment that increases accountability and “creates a level playing field for the fishermen.”

Well, there might be a little push-back on that latter statement (You can read the whole of it at http://bit.ly/2oSs61R).

Fishermen have never relinquished their resentment at having to host human monitors on their trips. How do you think they’re going to feel under the unblinking gaze of The Man each time they go to work?

A state pier without peer

Last August, the state released a report that elevated Gloucester’s Jodrey State Fish Pier among the other three state fish piers as a model of able management and sustainable operations, with well-maintained physical and financial conditions.

The Gloucester pier, which is managed by MassDevelopment for the state Department of Conservation and Recreation, got another pat on the head last week when the administration of Gov. Charlie Baker announced it was turning over the management of the state fish piers in New Bedford and Fall River to MassDevelopment.

“I look forward to seeing MassDevelopment replicate the success it has achieved in Gloucester, and maximize the economic development potential of state-owned piers in Fall River and New Bedford,” state Housing and Economic Development Secretary Jay Ash said.

The New York Times was just a treasure trove of great stories last week about marine creatures, including nicely done pieces on the genetic oddity that makes octopus and squids so smart and another on a mucus-shooting worm-snail that has turned up in the Florida Keys.

But our favorite (read here: nyti.ms/2nTtlwI) was on how bottlenose dolphins living off the coast of southwestern Australia have learned the enormously difficult task of catching and eating live octopus. The writing is great and the pictures alone are worth the search.

“Scientists have known that dolphins all over the world eat octopus, but no one had documented how they managed such a difficult meal,” Joanna Klein wrote in her piece.

Behavioral ecologists from Murdoch University in Australia — thankfully without wiretapping the dolphins’ phones — bent to the task of unearthing just how the dolphins eat the octopus and published their study in “Marine Mammal Science.”

“The recipe is as follows: Bite off the head. Shake the body. Toss until the arms are tenderized and the suction cups no longer function,” Klein wrote. “Slam the body against the water repeatedly until it breaks into bite-sized pieces.”

Right this way, Mr. and Mrs. Whale. And bring the calves

As the great marine biologist George Costanza was prone to point out in his groundbreaking work on lowering the cholesterol of whales: “Just because whales are the largest mammals in the world, it doesn’t mean they have to be.”

Here’s some more good looking-out for the whales: NOAA is reminding all boaters, particularly those operating around Cape Cod, to keep a sharp orb peeled for the flippers, spouts, Titleists and any other signs of endangered right whales in the water.

“With right whales in very high concentration in (Cape Cod Bay) and knowing they can be very difficult to spot as they often hang just below the surface, I am very concerned about vessels striking these animals,” said Charles “Stormy” Mayo, director of the Right Whale Ecology program at the Center for Coastal Studies in New Hampshire.

So, spare the horses and remember the right whales always have the right of way.

Everything’s bigger in Texas, including the scams

The FishOn gang fought with Jim Bowie at the Alamo, so we consider ourselves honorary Texans. And frankly we’re a little concerned with what’s going on in the Lone Star state.

Word out of Houston, courtesy of KHOU-TV and its website: A well-known Houston restaurateur is accused of operating the largest illegal seafood network in Texas history — one that funneled nearly 28,000 pounds of illegal finfish through his restaurant.

According to the station’s report, Texas Parks & Wildlife Department wardens (it would have been way better if it were the Texas Rangers) accused Bruce Molzan of buying the illegal fish and then plunking them on the menu of a restaurant he owns and selling them to one he used to own.

Authorities, who suspect Molzan was pulling the same shenanigans with shrimp, said the fish came from a network of about a dozen unlicensed commercial fishermen and consisted primarily of red snapper, tuna, amberjack, grouper and red drum.

“Not only did these unscrupulous actors violate recreational fishing regulations at an extreme level for personal profit, but they also circumvented restrictions and rules governing the possession, safe handling and sale of commercial aquatic products intended for human consumption,” said TPWD Col. Craig Hunter.

Two unnamed recreational fishermen have been charged with felonies in the case, but the lawyer for the two restaurants doesn’t seem to be sweating the charges.

“These are Class C misdemeanors, the equivalent of a traffic ticket. We are challenging these allegations in court and expect them to be dismissed. We look forward to resolving this matter expeditiously,” said Joel Androphy, the lawyer.

And in Crooklyn ... we mean Brooklyn

William F. Buckley once said “Scientists are people who build the Brooklyn Bridge and then buy it.” We’re not wholly sure what that means, but it’s our favorite line about Brooklyn. And scientists.

The feds said Zhou obtained a Maine elver dealer license, allowing him to purchase and re-sell elvers harvested in Maine. The eels were postmarked for the east Asian market, where the little critters are highly desired epicurean delights.

“Thereafter, using his Maine dealer license to cover his illegal activity, the defendant began purchasing and exporting elvers that were actually harvested from Virginia waterways in violation of Virginia law,” said the Justice Department.

Known in the biz as that illegal voodoo that Zhou do so well.