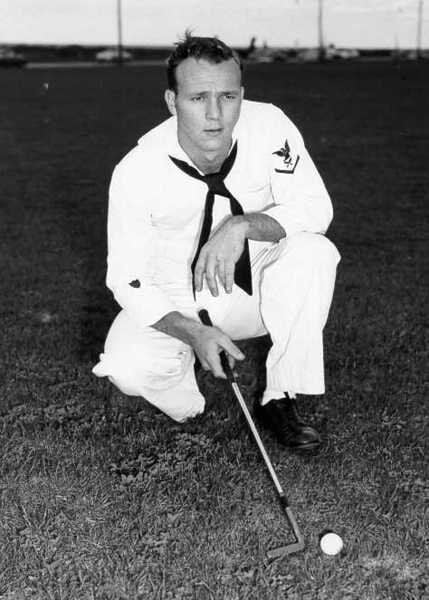 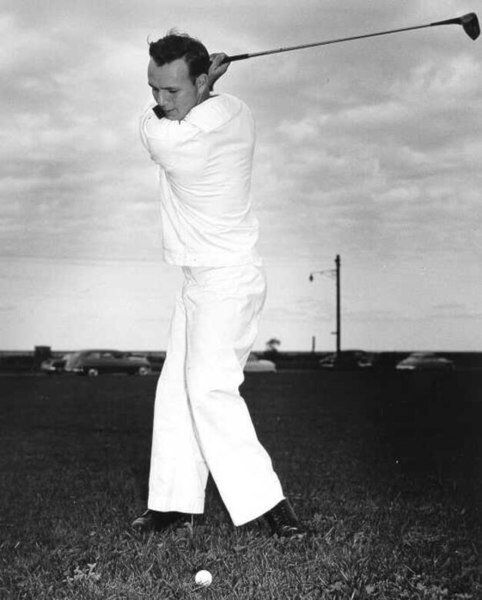 We here at FishOn are not much for the golf, but we always thought that Arnold Palmer was the real goods, both as a person and a player. And now we're glad to see the Coast Guard agrees.

Palmer, who died in 2016, spent three years in the Coast Guard, serving as a yeoman from 1951 until 1953. Now the Arnold D. Palmer Professional Annex at Training Center Petaluma in California, an entry-level training facility for yeoman trainees, bears his name.

Palmer's route to the Coast Guard was an interesting one. He grew up the son of a working-class golf pro in Latrobe, Pennsylvania, and was awarded a golf scholarship at Wake Forest University in North Carolina. He won three consecutive Atlantic Coast Conference championships, but quit school in 1951 to join the Coast Guard after his roommate Bud Worsham was killed in an automobile crash.

Palmer did his recruit training in Cape May, New Jersey, and was assigned to be an instructor of physical fitness and self defense.

He then was assigned as a yeoman on the staff of Rear Adm. Roy L. Raney, commander of the 9th Coast Guard District in Cleveland, Ohio. Which sounds like the admiral probably liked his golf. Palmer's job wasn't exactly grueling. He took photo IDs.

"My dad said the Coast Guard made him a better person for the world," said daughter Amy Palmer Sunders, chairwoman of the Arnie and Winnie Palmer Foundation. "He would be touched to know that others will be given the same opportunity to learn and grow in a space named for him."

Palmer played in the black-and-white, tiny-TV era of golf. Consider: In 49 years on the PGA tour he won $1.78 million. But it's not like he didn't get a pay day. His popularity and his Everyman aura made him a huge draw off the course. In 2014 alone, Palmer made $42 million in endorsements and other income, according to Forbes magazine.

There's something called the Great Red Snapper Count. It's a study of the abundance of red snapper in the Gulf of Mexico, led by the Harte Research Institute.

The study actually carries a more exalted title, but how do you beat the Great Red Snapper Count? Way more people would have responded to the last U.S. Census if the effort had a name like that. And been closely modeled after the Three Stooges episode. Where were you born? Lake Winnipesaukee.

The study was released last Wednesday and it concluded that there are three times more red snapper in the Gulf of Mexico than previously estimated by NOAA Fisheries scientists.

Apparently, the GRSC assessment found snapper where NOAA Fisheries scientists did not, a population in "an uncharacterized habitat" that fishermen for years have talked about as "being out in the mud."

The study will require review, but anglers already are calling for the feds to jack the quota for the popular sport fish. Godspeed to them.

We're left wondering if the Harte Research Institute, which spent more than $12 million on the study, might have any interest in journeying to the Gulf of Maine for a similar study on cod? We like their style.

Well, the Red Sox open on Thursday in Baltimore against the Orioles in what could begin the race for last place in the American League East. Sorry, we're just not feeling the heat of Sox Fever.

On this date in 2002, the Sox purchased the contract of a veteran player from Triple A Pawtucket and added a future Hall of Famer to their Opening Day roster. Who was the player? The answer is stealing away down below.

It sounds as if Supreme Court Justice John Roberts thinks the practice of presidents abusing the Antiquities Act, to accomplish what they never could in the usual three-corner offense of American democracy, has gotten old.

Last week, the Supreme Court rejected a petition, with the Massachusetts Lobstermen's Association as lead plaintiff, that challenged then President Barack Obama's legal use of the 1906 Antiquities Act to designate the Northeast Canyons and Seamounts Marine National Monument off the coast of Massachusetts.

Viewed through the narrowest of prisms, the Supreme Court no-call was a victory for marine conservationists and another blow to the commercial fishing industry. But viewed with a wider lens, it could also serve as the starting gun for even more challenges to the presidential use of the Antiquities Act to designate monuments and landmarks when all other political measures fail.

The chief justice, according to a Bloomberg Law story, questioned how much scope presidents actually should have under the law "that was intended to protect prehistoric Indigenous artifacts and the smallest area compatible with protection.

"Somewhere along the line, however, this restriction has ceased to pose any meaningful restraint," Roberts wrote. "A statute permitting the president in his sole discretion to designate monuments 'landmarks,' 'structures,' and 'objects' — along with the smallest area of land compatible with their management — has been transformed into a power without any discernible limit to set aside vast and amorphous expanses of terrain above and below the sea."

Court watchers and the legal community were agog. This, they said, almost never happens. Color us agog, too.

"Fishing groups opposed to the Northeast canyons monument are disappointed the court refused to hear the case," the Bloomberg Law story stated, adding though that Roberts' statement was being viewed by the industry (well, its lawyers) as a silver lining.

"It's a big deal for the chief to file a statement like that," Jonathan Wood, senior attorney at the Pacific Legal Foundation, who represented the fishing interests. "I read it basically inviting similar cases. It's trying to send a signal to the Supreme Court bar of, 'This is an issue I'm interested in. Start bringing me the cases'."

We here at FishOn have never been to the Supreme Court bar, but we too would like them to start bringing us some cases. Start with the Jameson and we'll work our way around the dial.

The player was the "Man of Steal," Rickey Henderson, possibly the greatest leadoff hitter of all time. It was Henderson's 12th stop and eighth team — he had four different tenures with the Oakland A's — in the first 24 years of his 25-year career. The all-time leader in runs (2,295) and stolen bases (1,406) hit only .223 in 72 games for the Sox, but still had a respectable .369 on base percentage and stole eight bases in 10 tries.