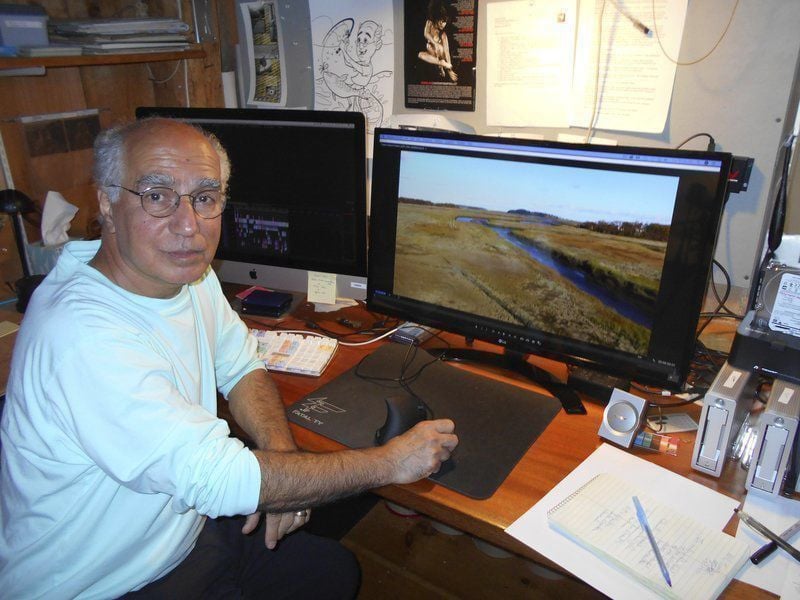 SEAN HORGAN/Staff file photo/Nubar Alexanian of Gloucester, a nationally honored filmmaker and photographer, chronicles the extent of the green crabs' largely unabated invasion of the Great Marsh in his short documentary "Recipe for Disaster." A six-minute version as been accepted as an official selection at several film festivals. 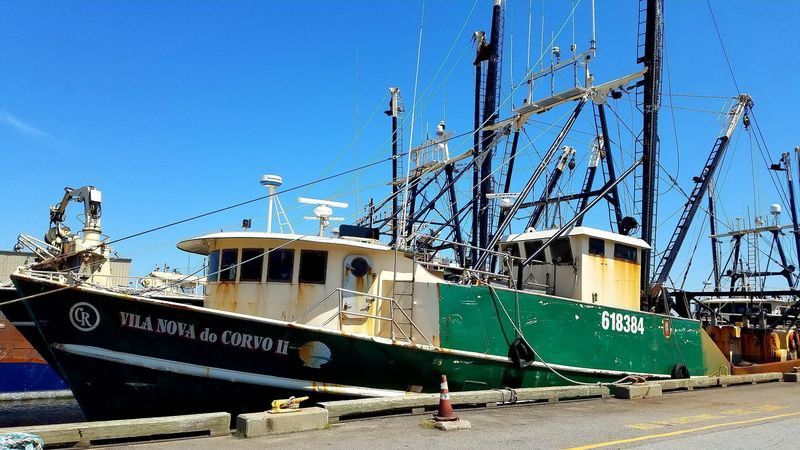 SEAN HORGAN/Staff file photo/Nubar Alexanian of Gloucester, a nationally honored filmmaker and photographer, chronicles the extent of the green crabs' largely unabated invasion of the Great Marsh in his short documentary "Recipe for Disaster." A six-minute version as been accepted as an official selection at several film festivals.

As we sit down to write these lines, it is gloriously sunny, dry and hot outside the windows of the sprawling FishOn campus and the forecast for the weekend is for much more of the same. The waters off Rocky Neck — and the post-swim libation at the Parker Street Palace — are calling. As weak as we are, we haven't the horses to resist. So, let's skip the overture and get right to the set list:

The cinematic force that is "Recipe of Disaster"

We heard last week from our pal Nubar Alexanian, who wrote, directed and produced the acclaimed short documentary, "Recipe for Disaster" which chronicles the ongoing invasion of our marshes and wetlands by those verdant scoundrels, the European green crabs.

The film, which already showed at the Salem Film Fest back in the spring, had another festival screening last weekend at The Woods Hole Film Festival.

"Our film received a very enthusiastic reception," Alexanian reported. "And the Q&A that followed was terrific, with great audience questions."

But it doesn't end there.

The film also has been accepted as an official selection of the upcoming Massachusetts Independent Film Festival at the Regent Theater in Arlington and as part of the Newburyport Documentary Film Festival (Sept. 13 to 15) at the Firehouse Center for the Arts

The MIFF schedule has the 6-minute "Recipe for Disaster" being shown Saturday, Sept. 7, at 7 p.m. at the Regent Theater. The Newburyport festival has yet to set its schedule, so check back with the festival website for further info.

Alexanian also has been invited to show the film as part of the The Online New England Film Festival.

"Finally, our film has more than 55,000 views online since June and we will be launching phase two of our social media campaign sometime after Labor Day," Alexanian said.

So, if you haven't seen it, you should check it out on Alexanian's media company website, ww.walkercreekmedia.com. It's only six minutes out of your life, or the relative time between pitches in the average major league game.

Fishing for greatness on the diamond

So, it was nice to have the Angels in town battling the Red Sox over the weekend. We still can't watch the Halos play without having Elvis Costello rolling around as the soundtrack inside our pointed little heads.

The Angels, of course, feature centerfielder Mike Trout, who is the best player in baseball and remains the player that Mookie Betts was supposed to be. This year? Eh, not so much. So, in honor of Trout's greatness, we offer our all-time Major League Fish Team

Second base -- We're moving former Boston Beaneater Chub Aubrey over from shortstop. If he doesn't work out, we'll go with Benji Gil, formerly of the Rangers and Angels.

Third base -- Oyster Burns, who played for a number of teams from 1884 to 1895, finishing up with the New York Giants before red tide got him.

Catcher -- Former Red Sox and White Sox Hall of Famer Carlton Fisk. Fisk means fish in Old Norse, which was the language we grew up speaking at home.

Right field -- Tim Salmon, the second-best Angel ever with a fish name.

Starting pitchers -- We're going old school, with a four-man rotation: Hall of Famer Catfish Hunter; former Twin Jim "Mudcat" Grant; Hall of Famer Dizzy (No relation to Mike) Trout, who pitched for 14 years in the big leagues, including part of 1952 with the Red Sox; and George Haddock, who pitched and played outfield for the Washington Senators from 1888-94.

We'll swim into battle with this squad any day.

One last shoe falls on the Codfather

So, apparently it's called the long arm of the law for a reason. Probably because it's wicked freaking long. And no one knows that better than Carlos "The Codfather" Rafael, forever the poster child for fishing scofflaws.

Rafael, who sits in federal prison about halfway through his 46-month sentence for a smorgasbord of fishing crimes and scams, is one of several individuals — including his daughter, Stephanie Rafael DeMello — who agreed to pay a $511,000 in fines and penalties to the federal government to resolve federal Clean Water Act claims.

The feds went after the Rafaels because they were the managers of the New Bedford-based corporation that controls the Vila Nova do Corvo II fishing vessel. The company and the Rafaels are on the hook for $500,000. The vessel captain, Carlos Pereira, also got whacked $11,000 by the feds.

"The United States alleged the company and individuals, all based out of New Bedford, are liable for violations of the Clean Water Act related to the operations of the Vila Nova do Corvo II in coastal waters off southeastern New England," the Coast Guard said in the release announcing the penalties. "The complaint addresses overboard discharges of oily bilge waste from the vessel while at sea harvesting scallops and the discharge of used oil filters into the sea."