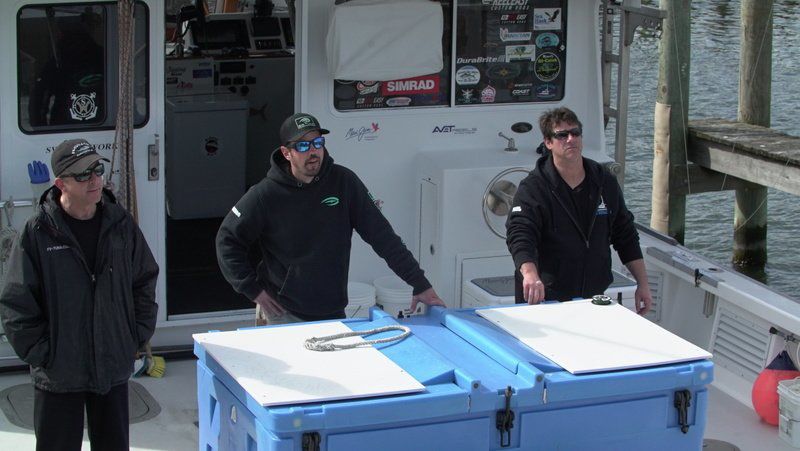 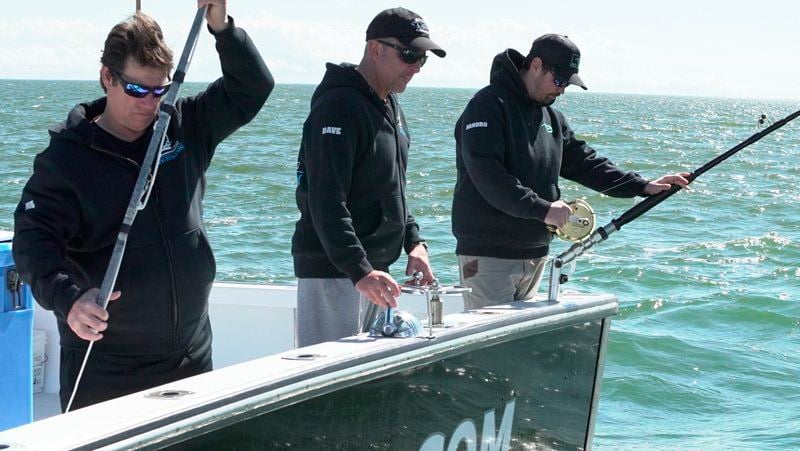 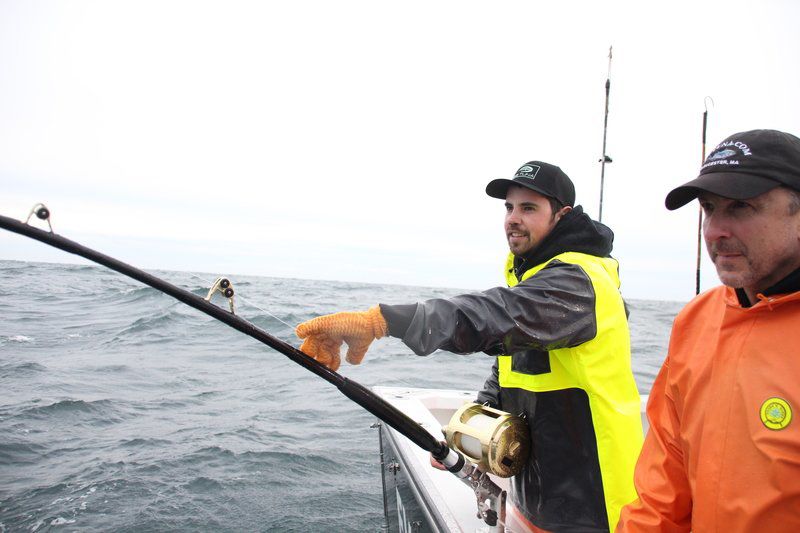 As summer heats up, so does the competition in the wild world of fishing giant bluefin tuna.

When the season seven premiere of "Wicked Tuna: Outer Banks" airs on National Geographic this Sunday, June 28, at 8:30 p.m., Capt. Dave Carraro of Gloucester will be among the competitors in the aquatic rivalry that continues to be a hit around the globe.

Carraro, captain of  the FV-Tuna.com, holds the unprecedented status of being a five-time champion of the original "Wicked Tuna" series, which films out of Gloucester, the nation's oldest seaport. Carraro said he already has signed on for season ten of the original series.

The spinoff, shot off the perilous coast of North Carolina, opens with a 90-minute episode instead of the usual hour-long show.

Carraro, also a commercial airline pilot, will be up against Capt. Greg Mayer of the Fishin’ Frenzy. Mayer, a four-time champion of  "Wicked Tuna: Outer Banks," returns after a one-season hiatus.

In an ironic twist, both men grew up in nearby coastal communities in New Jersey — Carraro in Middletown before he moved north to Gloucester and Mayer in Manasquan before he moved south. As young men, they both fished in similar locations off the New Jersey coast, and both know well the dangers of the North Atlantic as well as its more southern waters.

Carraro brings with him some top local tuna fishermen; Paul Hebert, a fan favorite of "Wicked Tuna" aboard his vessel the "Wicked Pissah," and Sandro Maniaci, who is Carraro's longtime first mate.

The captain and his Gloucester crew welcome the "Outer Banks" challenge.

"Who doesn't like competition," said Carraro. "I had plenty of time this winter and I decided let's head down to North Carolina. I thought what better thing to do than to catch some action and go head-to-head with my old Jersey neighbor (Greg Mayer)."

But the waters off the Outer Banks are historically treacherous and often described as the "Graveyard of the Atlantic" because of the hundreds of shipwrecks over the centuries.

"I fished down that way about 20 years ago. We were young and we were risk-takers then," said Carraro. "Now, we calculate our risk in everything we do."

Carraro also will be up against "Outer Banks" season six champion, Capt. Bobby Earl of the Reel E’ Bugging.

Other Gloucester fishermen competing in "Outer Banks" are Capt. T.J. Ott of the Hot Tuna, who recently won season nine of "Wicked Tuna," as well as two-time Gloucester champion Capt. Tyler McLaughlin of the Pinwheel who has been the runner-up in "Outer Banks" three times.

They all will have to face navigating through the Oregon inlet, famous for its shifting sands, its powerful currents and unpredictable waters.

"The inlet is scary as hell. After you get through and get out to the fishing ground, then you start thinking about having to go back through it again," said Carraro.

"When you wake up at 2 or 3 in the morning, your stomach is in your throat because you have to get through that inlet first," added Hebert, who fished in season one and season two of the "Outer Banks" series. "It's not the fishing we were worried about, it was the danger of the inlet and not having the local knowledge."

Hebert said this year was a learning curve.

"We learned where the fish are, the bar, the flats, the routes of the river," he said. "You have to travel about an hour from where we offload the fish to get to the inlet and open ocean. It's about a 45- to 60-minute ride in darkness with shallow water."

At sea, Carraro's 44-foot fishing vessel often faced 10-foot-plus seas, and even larger ones at time.

"But this is what we love to do," said Hebert. "We don't adore rough water but we know there is fish out there and there is money to be made."

The Cape Ann fishermen embraced being part of their southern counterparts' competition.

"It was a great season for everybody," said Carraro. ""There's lots of fish and lots of opportunity."