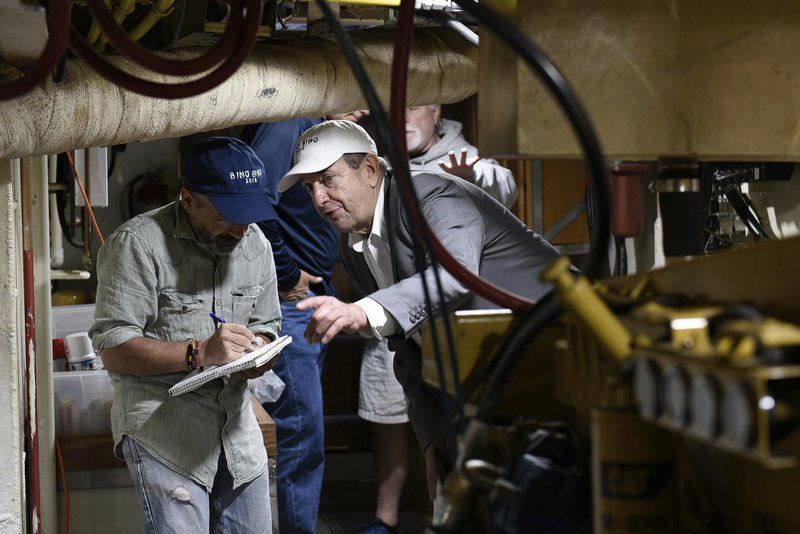 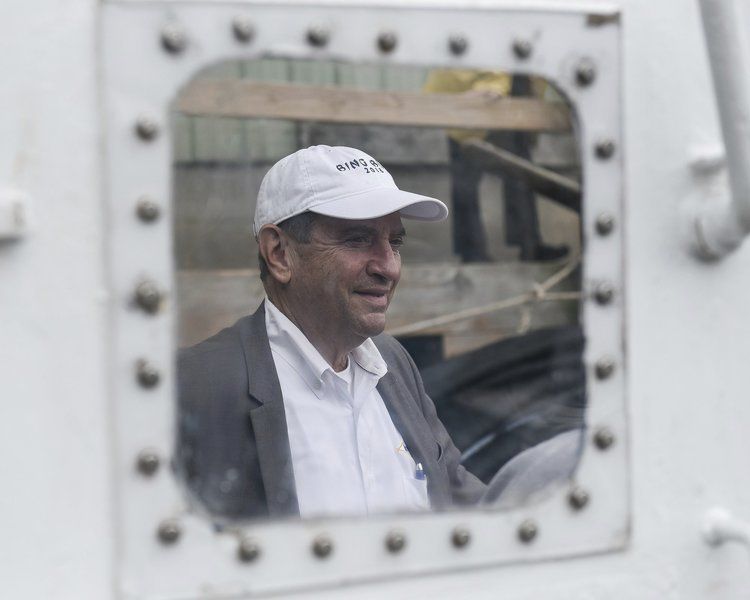 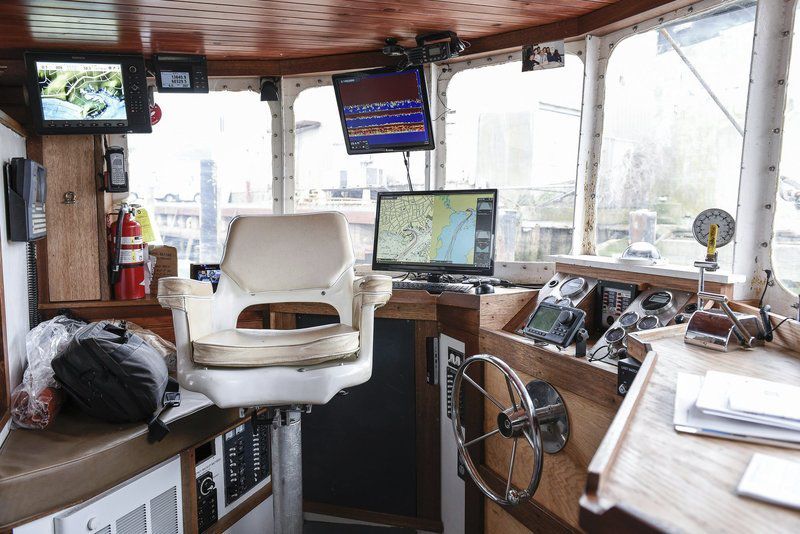 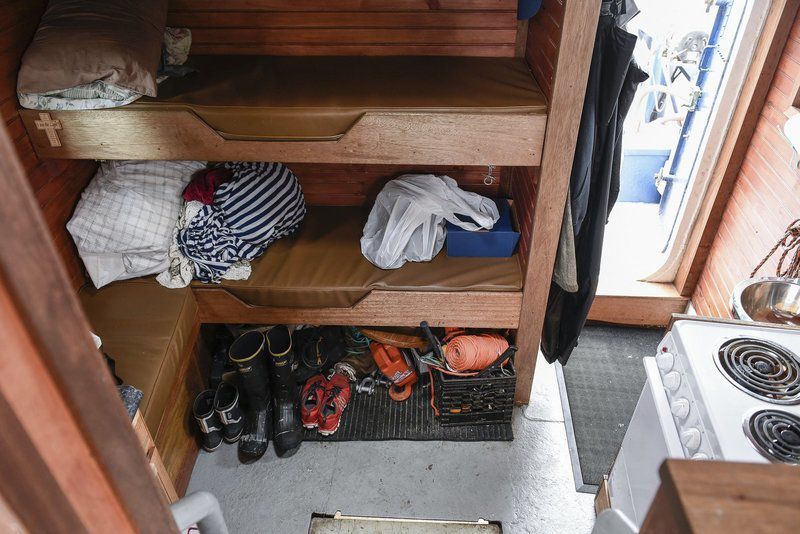 JAIME CAMPOS/Photo. The bunkbeds aboard the Bing Bing where the fishermen will rest. 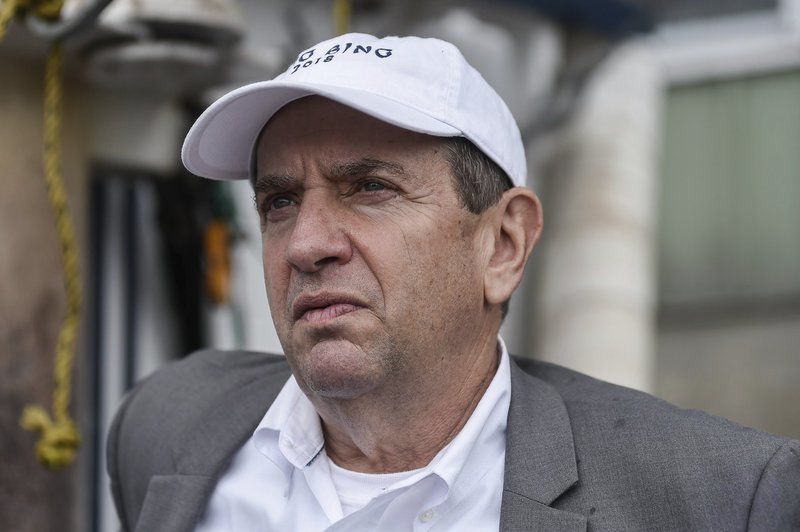 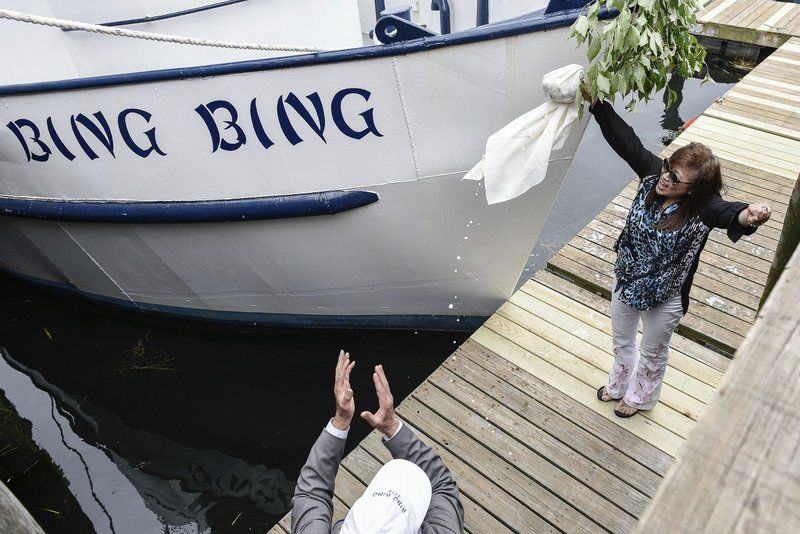 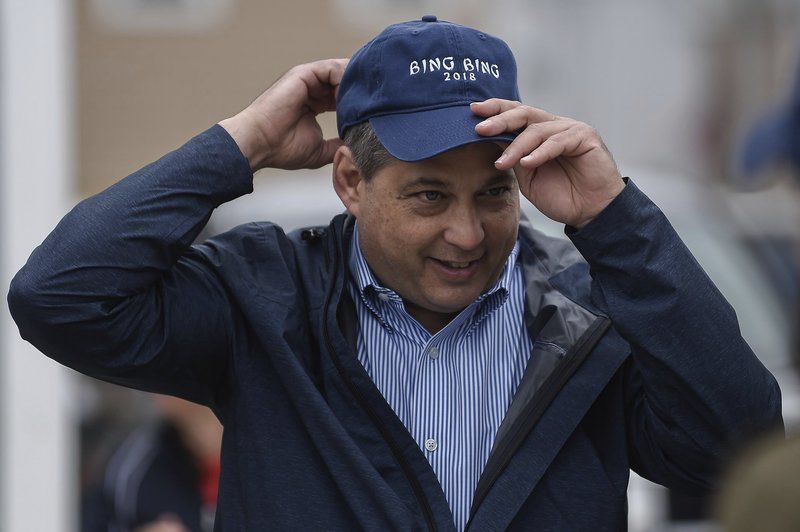 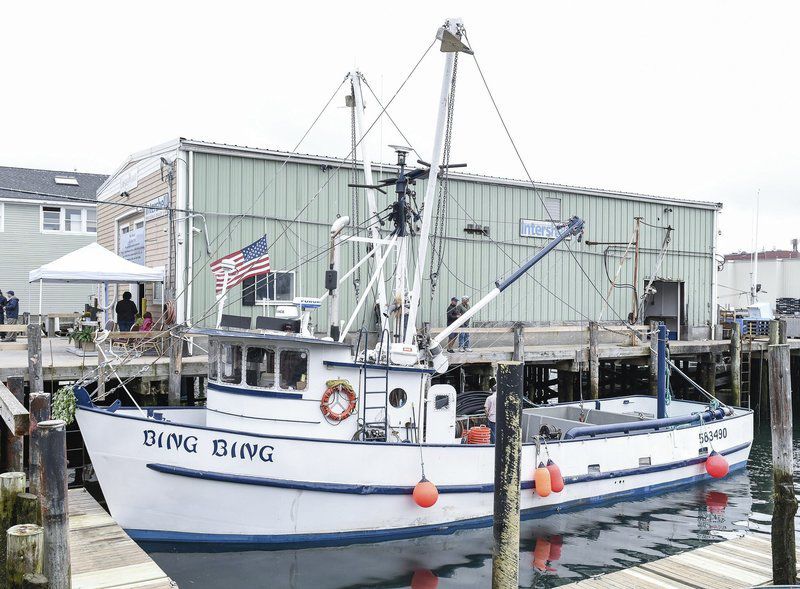 JAIME CAMPOS/Photo. The overall look of the Bing Bing sits the Intershell wharf. 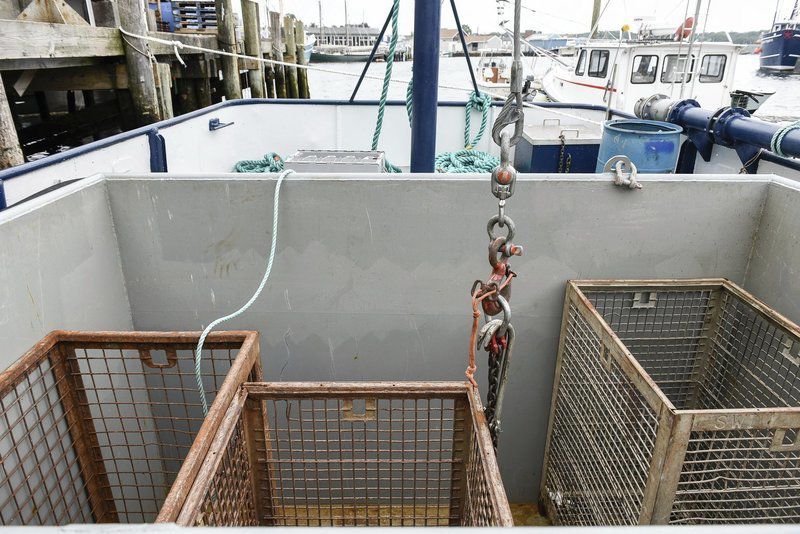 JAIME CAMPOS/Photo. A section of the surf clam boat Bing Bing where the caught fish and other kinds of seafood are placed.

JAIME CAMPOS/Photo. The bunkbeds aboard the Bing Bing where the fishermen will rest.

JAIME CAMPOS/Photo. The overall look of the Bing Bing sits the Intershell wharf.

JAIME CAMPOS/Photo. A section of the surf clam boat Bing Bing where the caught fish and other kinds of seafood are placed.

A week before Gloucester gives itself over completely to the annual St. Peter's Fiesta, the city's fishing fleet and shoreside stakeholders had something tangible to celebrate in the effort to return the city to its fishing glory.

The all-metal vessel, though built in Moss Point, Mississippi, in 1977 as a sea clam boat, has evolved into an all-Gloucester boat through the 10-month re-fitting that included the work of dozens of local tradesmen, the facilities at Rose's Marine and the entire Intershell team.

Intershell owner Monte Rome, who hosted Saturday's event with his wife and co-owner Yibing Gao-Rome, made a point of drawing attention to all of the Gloucester labor and expertise that went into transforming the boat into Intershell's third surf clam boat.

The ceremony, according to Rome, was as much about recognizing the sweat equity and extraordinary work of the local hands that touched the Bing Bing during its metamorphosis as it was about the blessing and christening of the vessel itself. He called the armada of skilled workers from around the city's waterfront and beyond "the remaining men in Gloucester who still know how to build a fishing boat."

It was no easy task.

"We really had to strip this boat," Rome said. "It was right down to the metal."

Rome bought the boat last July in New Bedford, where it had been transformed to a live scalloper, and the re-fit began in earnest last August at Rose's. Out went the old -- engines, electrical wire, all electronics and interior components -- and the process of rebuilding the boat began.

Over the 10 months, under the supervision of Rome and Capt. Paul Hunt, the boat began to come back to life.

Guy Crudelle supervised the installation of the new power plant that included a rebuilt Caterpillar 3406 diesel main engine and another new Caterpillar 3306 pump engine to run the 3,500-gallon-per-minute pump for the clam-jetting system used to harvest the surf clams.

Joe McGinnis did the electrical work. The yard workers at Rose's did custom steel fabrications. Janroe Marine Canvas did the crew bunks and master carpenter/fitter Vito Ciaramitaro took care of the wheelhouse and crew's quarters.

The re-fit, according to Rome, became a platform for constructing one of the most technologically advanced surf clam boats anywhere, with state-of-the-art hydraulics, navigation systems and gear to find shellfish and record the variances of the ocean bottom.

Many of those who worked on the boat were in attendance Saturday and Rome took great pleasure in recognizing them by name and their contribution.

Then it came time for the speeches.

'Still fishing to be done'

State Senate Minority Leader Bruce Tarr, who also performed the blessing of the boat, said the re-fitted vessel represents the very best of Gloucester's innovative past while offering its best hope for the future.

"We are commemorating another important step in the life of this port and the three elements of innovation, tenacity and faith," Tarr told the assembled. "This vessel and this company represent the tenacity that it will take if we are still to have a commercial fishing industry in the oldest seaport in America."

Mayor Sefatia Romeo Theken said Intershell's perseverance and its refusal to give up on Gloucester, even in the face of the ongoing commercial fishing crisis, reflects the principles of the city and its residents as a whole.

Following Tarr's blessing of the boat, it was time for the christening. Rome and Gao-Rome descended the ladder down to the dock with a bottle of champagne wrapped in a cloth bag. Gao Rome set her feet and, taking a left-handed swing, did the honors by breaking the bottle against the Bing Bing's bow.

And with that, the Gloucester fleet and Intershell formally had a new boat.

Capt. Hunt was asked when the first trip would be.

"We're heading out tomorrow," he said.