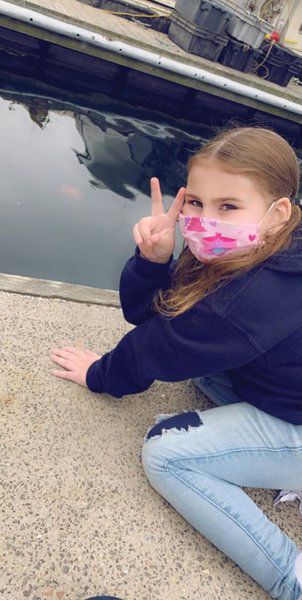 Alexis Jerome/Courtesy photoAaliyah Marschall, 7, recently spotted a lion’s mane jellyfish, the orange blob in the water, off one of Gloucester’s waterfront wharves. 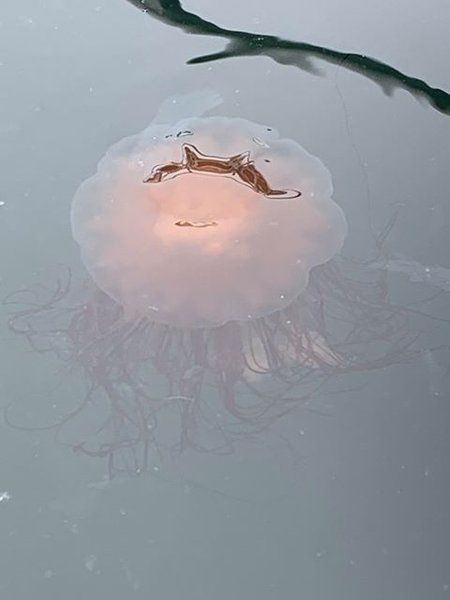 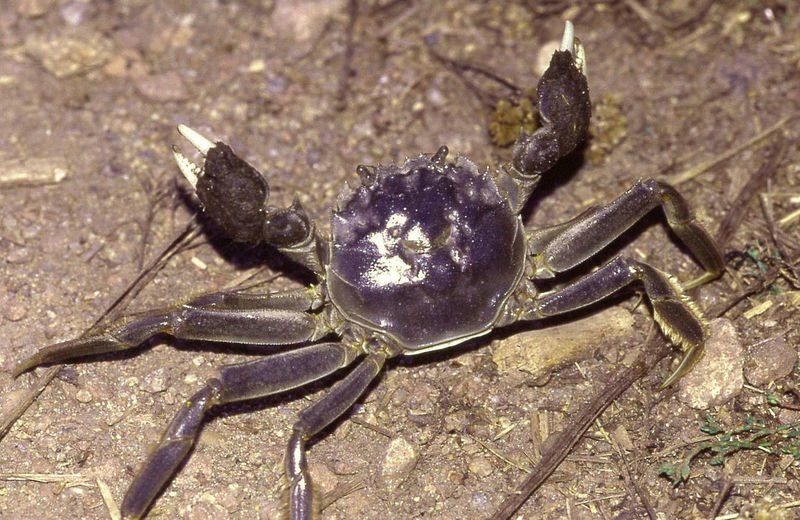 Christian Fischer/Creative CommonsThe Chinese mitten crab, Eriocheir sinensis, moves between saltwater and fresh water. It has been pulled up by fishermen off Long Island, New York.

Alexis Jerome/Courtesy photoAaliyah Marschall, 7, recently spotted a lion’s mane jellyfish, the orange blob in the water, off one of Gloucester’s waterfront wharves.

Christian Fischer/Creative CommonsThe Chinese mitten crab, Eriocheir sinensis, moves between saltwater and fresh water. It has been pulled up by fishermen off Long Island, New York.

In last week’s FishOn, we touched upon some of the sundry items that terrify us. To recap, they include bees, murder hornets, snakes, robots (and their evil cousin, the drone), flying monkeys and eggs. Now come new contenders to the throne.

According to a story in last Friday’s Boston Globe, New England is under assault this early summer by giant jellyfish with tentacles that can sting you from 2 miles (OK, 20 feet) away.

“The blobby, bell-shaped creatures are called lion’s mane jellyfish, and officials are warning swimmers to be on the lookout for them,” the Globe story stated.

Trust us, we’re on the lookout. Especially after reading that the average lion’s mane jellyfish has a “translucent saucer-shaped bell” of up to 12 inches wide and tentacles that trail up to 20 feet. Lovely. A creature that is its own entourage.

“But even larger specimens have been washing up on local shores lately,” the story related. “Some have bells that measure several feet wide, with tentacles of up to 40 to 50 feet.”

Only one report of a possible sighting that we could unearth. Alexis Jerome took her 7-year-old daughter Aaliyah Marschall fishing off of one of Gloucester waterfront wharfs and they spotted one, sending us photos.

The beasts also have been spotted in waters off the coast of Maine, Cape Cod and Rhode Island.

And in more invasive species news, fishermen around Long Island Sound are coming across something they’ve never seen before — a crab with long skinny legs and furry mittens on its claws.

The crabs, according to a story on the SeafoodNews.com website, have been identified as the Chinese mitten crab. And of course, they’re highly invasive.

“The crabs are native to China, where they are considered a delicacy in Asian cuisines,” the story stated. “But for nearly a century they’ve occupied other locations as one of the Top 100 invasive species in the world.”

Like the dastardly green crabs, Chinese mitten crabs move between saltwater and fresh water, “burrowing into the banks, destabilizing shores, weakening dams and levees, clogging screens and water in-take structures and causing hundreds of millions of dollars in infrastructure damage.”

Wait. It gets better. The buggers are said to be as resilient as rats, with a proven ability to survive even in polluted waters. They also carry harmful bacteria and parasites that threaten human health. So, welcome everybody.

Can there possibly be any doubt that nature is coming for us?

On July 17, 1990, in a game against the Red Sox at Fenway Park, the Minnesota Twins became the first team in the history of major league baseball to do what? The answer lingers below.

We here at FishOn aren’t the biggest fans of dolphins. It’s a long-standing grudge dating back to the “Flipper” television show. Let’s just say the star wasn’t called a bottle-nosed dolphin for nothing. Still, we were saddened last week to read of the passing of former Miami Dolphin running back Jim Kiick. So, in his honor we offer some dolphin news.

According to a story in the New York Times, dolphins — at least those off the western coast of Australia — are the MacGyvers of tool-savvy marine mammals when mealtimes roll around.

“In Shark Bay, Western Australia, these swimming mammals have devised devious tactics to snare slippery prey,” the story stated. “In one trick, dolphins chase fish into empty seashells, then chauffeur the shells to the ocean surface, where they use their beaks to jostle the prey into their mouths. This behavior, called shelling or conching, is rarely documented by scientists.”

(Quick aside: We employed the very same culinary technique one night last summer at Lobsta Land and the management seemed less than amused. But you’ll see, it’ll be the rage by the end of the summer.)

The wily critters have another technique, called “sponging,” in which they cover their noses with marine sponges “to protect them as they forage in rough ocean floor sand.”

We had a college roommate who employed the same skill, only he used Jimmy Dean breakfast sausages. To each bottle-nose, his own.

The Twins became the first to turn two triple plays in the same game, turning one in the fourth inning and another in the bottom of the eighth against the BoSox.

In the fourth, with Scott Erickson scaling the pea for the Twins, Wade Boggs walked, Jody Reed doubled him to third and Carlos Quintana (The Q!) walked. As Tom Brunansky stepped to the plate, Minnesota third baseman Gary Gaetti told Boggs the Twins were going hat-trick. Brunansky complied, hitting a hard one-hopper at Gaetti, who stepped on third, threw to second for the force and second-sacker Al Newman relayed on to Kent Hrbek to complete the triple play.

In the eighth, with Tim Naehring on second and Boggs at the dish, Sox skipper Joe Morgan called for a hit-and-run to stay out of the triple play. Instead, Reed smashed one at Gaetti’s feet, resulting in the another around-the-horn triple play. If you were at Fenway that night, you would have heard Reed yelling “No, no, no, no” as he ran down the first-base line.

The best part? The Sox, behind Tom Bolton, still won 1-0.