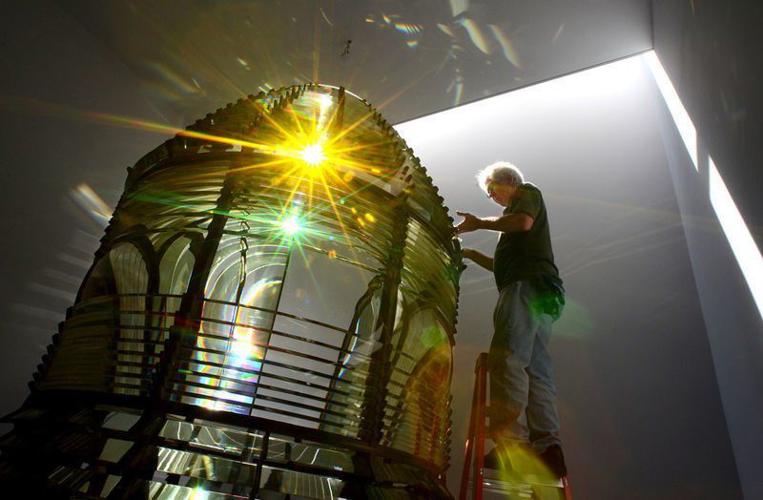 MIKE SPRINGER/Staff file photoJim Dunlap, a lampist from Staten Island, N.Y., puts the finishing touches on the three-ton Fresnel lens, originally housed in the south tower on Thacher Island, at the Cape Ann Museum in Gloucester in 2014. The museum is planning to re-imagine and re-install its permanent exhibition of Cape Ann's offshore fishing industry. 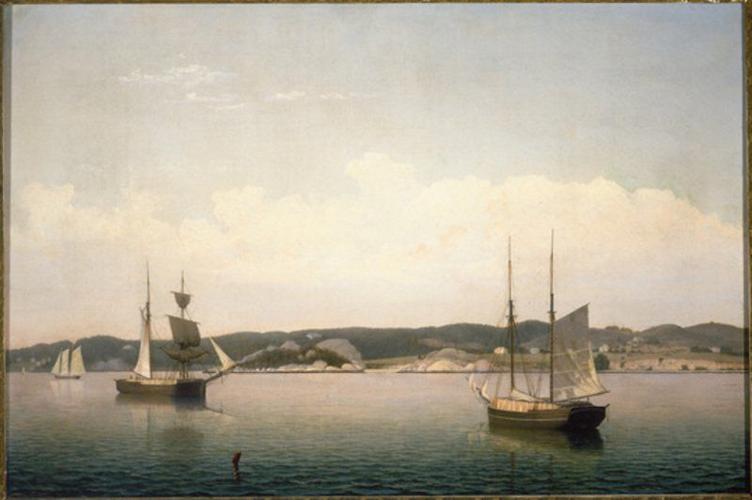 MIKE SPRINGER/Staff file photoJim Dunlap, a lampist from Staten Island, N.Y., puts the finishing touches on the three-ton Fresnel lens, originally housed in the south tower on Thacher Island, at the Cape Ann Museum in Gloucester in 2014. The museum is planning to re-imagine and re-install its permanent exhibition of Cape Ann's offshore fishing industry.

Still basking in the sparkle of its 2-year-old renovation, the Cape Ann Museum is turning its eyes to re-imagining its permanent exhibition of the region's offshore fishing industry during the halcyon days of sail that bridged the previous two centuries.

The new quest for the museum on Pleasant Street is to re-interpret and re-install the fishing and marine exhibits on its second floor, with a focus on a trio of central themes: the fishing industry as a portal to new lives and opportunities for immigrants; the overarching influence of innovations that sprung from the industry; and man's struggles against nature as an element of the collective national identity.

"One of our goals is to bring the fishing exhibition up to the same caliber as the other parts of the museum that were transformed in the renovation," said Martha Oaks, the museum's curator. "To do that, we want to re-think everything, from physical improvements in the galleries to lighting and attention to the walls."

It is a heady task, made even more challenging by the elemental nature of fishing to Gloucester's history and the industry's seminal role at the core of the Gloucester story and, ultimately, in the development the city's very identity.

"The challenge will be to take our story and make it relevant to everybody else," Oaks said.

The good news is Cape Ann Museum will have no shortage of resources available to tell Gloucester's fishing story from the period of roughly 1840 to 1930.

The museum has been amassing objects, books, images, models, recordings (audio and visual), artwork and gear related to the fishing industry since the 1920s. It now has an extraordinarily extensive collection, ranging from fishermen's knives and the Fresnel lens that once adorned one of the towers on Thacher Island to the transcendent paintings of Fitz Henry Lane.

"The archives are going to be extremely important," Oaks said.

More good news: Earlier this month, the museum was awarded a $30,000 matching grant from the National Endowment of the Humanities to help fund the planning and design of the recast exhibition.

The museum, which must match that amount, is assembling an integrated game plan incorporating the disparate elements of its maritime collection, as well as relying on assistance from other Cape Ann maritime historical institutions, such as Maritime Gloucester and the Essex Shipbuilding Museum.

The Cape Ann Museum's team for the project — including marine curator Erik Ronnberg, social media and website director Meredith Anderson and the dynamic archival duo of Stephanie and Fred Buck — will be supplemented by a group of scholars and experts steeped in the art history and social and economic forces of the late 19th and early 20th centuries.

Naomi Chapman, an independent exhibition designer, and architect Robert Miklos, both of whom worked on the museum's $5 million renovation, also are on board as a consultants along with media design consultant Fred Brink.

"We also plan to do certain forms of audience evaluations, bringing in people from the community to get their insight and input into our plans and get their opinions on what we've done and what we plan to do," Oaks said.