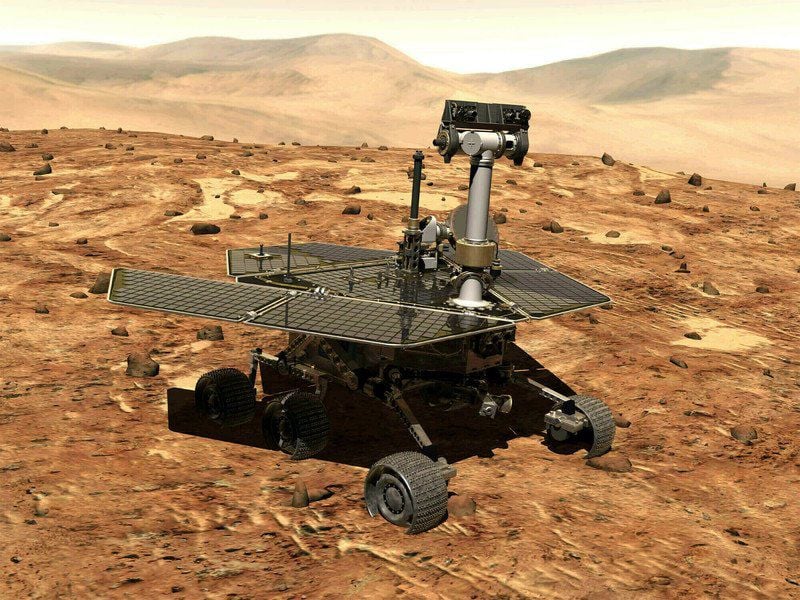 NASA/AP photo/The NASA exploratory vehicleOpportunity landed on Mars on Jan. 24, 2004, and logged more than 28 miles before falling silent during a global dust storm in June 2018. There was so much dust in the Martian atmosphere that sunlight could not reach Opportunity's solar panels for power generation. 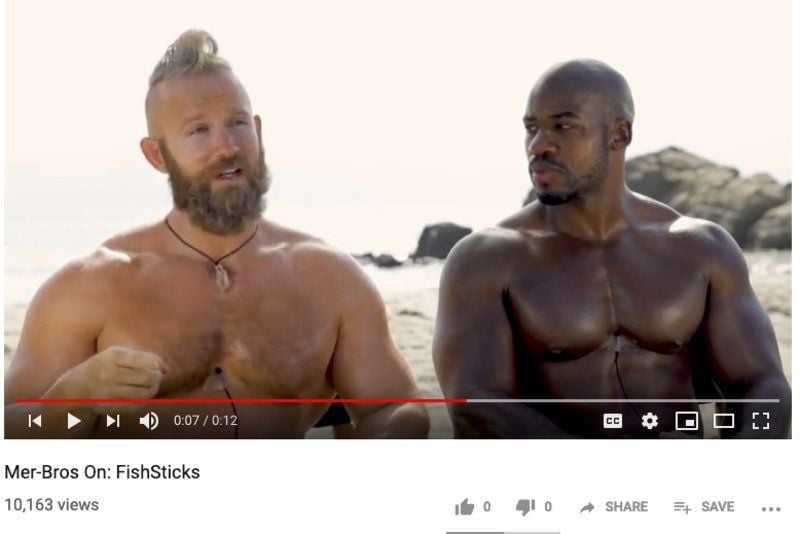 In this screenshot taken from YouTube, Gorton's Mer-Bros talk about the Gloucester company's fish sticks in a behind-the-scenes- clip for a new commercial. Other spots feature a buff Poseidon.

NASA/AP photo/The NASA exploratory vehicleOpportunity landed on Mars on Jan. 24, 2004, and logged more than 28 miles before falling silent during a global dust storm in June 2018. There was so much dust in the Martian atmosphere that sunlight could not reach Opportunity's solar panels for power generation.

In this screenshot taken from YouTube, Gorton's Mer-Bros talk about the Gloucester company's fish sticks in a behind-the-scenes- clip for a new commercial. Other spots feature a buff Poseidon.

While we fear robots, we love interplanetary rovers. Even if they rise up against humans, they're like, you know, way out there in space. By the time they got back to Earth, our defenses would be in place. Perhaps a wall. That seems the rage.

We were saddened last week to learn that NASA has decided to pasture its Mars rover, Opportunity, after steadfast and lonely service on the red planet.

Opportunity was designed to last 90 days. It ran for 16 years, or 5,353 Martian days. Scientists thought the buggy might travel a half-mile or so in its explorations and it ended up putting more than 28 miles on its odometer.

If this space exploration thing doesn't work out, NASA should consider moving into the car business. Financing might be its own nettlesome problem. But still . . .

Opportunity's final transmission to its earthling caretakers, after getting pummeled by a sand storm, was as simple as it was heart-wrenching: "My battery is low and it's getting dark."

So how best to honor Opportunity? While NASA seems intent on just leaving the rover on Mars as a figurative flag-planting, we'd figure out a way to bring it back to Earth for a few victory laps.

We'd run Opportunity in the Kentucky Derby, the Daytona 500 and every 2020 Democratic primary that can be reached in 28-mile intervals.

It would become the new bullpen cart at Fenway. The new Zamboni at The Garden. We'd enter it in the annual summertime Horribles Parade here and stick it in front of the band during the Fiesta parade.

Opportunity would be the pace vehicle for every championship parade in Boston. Who needs a duck boat when you've got an interplanetary rover?

So, RIP Opportunity. We hear you knocking.

Lent is set to begin on March 6. As you might imagine, the 40-day ramp-up to Easter is a prime selling time for seafood, as many Catholics eschew meat on Ash Wednesday and rest of Lent — particularly on Fridays.

Gloucester-based Gorton's Seafood is using a new set of ads to promote its updated frozen seafood offerings to capitalize on those consumer preferences. The ads feature the popular male mermaids — or Mer-Bros — that Gorton's introduced last year as an advertising adjunct to its iconic fisherman. (Check out some behind-the-scenes videos at https://bit.ly/2N96sD8)

Gorton's is not alone in trying to catch the consumer wave created by calendar events. McDonald's rolled out a new fish sandwich in Malaysia just in time for the Chinese New Year. Say hello to the Fish Prosperity Burger.

"The burger is made from tilapia and coated with crunchy tempura," according to a story on the Seafood Source website. "It is dipped in black pepper sauce and topped with fresh slivered onions."

If you want one, you'd best get moving. The Fish Prosperity Burger will only be available until Wednesday. After that, you'll have to make do with the Prosperity Chicken Burger and the Prosperity Beef Burger.

Go forth and prosper.

The Dutch are not happy. Perhaps it's the Netherlands vs. Holland thing that always seems so confusing. Whatever, the Dutch are miffed.

The European Union has decided to ban a commercial fishing technique known as electric pulse fishing, where fish literally are stunned by an electric current that runs through sections of the seabed before the catch is netted and landed.

This is bad news for the Dutch fleet that has made significant investments in the technique and claim it is a more environmentally friendly and sustainable manner of fishing. Their pulse trawlers (good name for a band) use less diesel and don't disrupt the seabed as much as bottom trawling. They claim it could cost them as much as 200 million euros to go old school.

The ban will be phased in over time. This year, 42 Dutch pulse fishing trawlers must cease operations, while another 42 may continue until 2021, according to a story on the dutchnews.nl website. Six other trawlers may continue to use the technique indefinitely for research.

The Airbnb of boats

We got an email last week from the Val Streif, the social media coordinator for a fishing charter/boat rental company called GetMyBoat, which bills itself as the "world's largest Airbnb of boats."

The company says it serves as a clearinghouse for about 130,000 boats that are ready to rent or charter, from kayak fishing to high-end deep-sea excursions on motor yachts.

"On the flip side," Streif wrote, "fishing charter and boat owners can list their watercraft/services on the site to make extra money during the busy season. It's completely free to list boats and fishing charters, making it a useful marketing tool for reaching new customers.

Sounds intriguing. So, if you're planning on traveling and need a boat — or if you run charters — it might be worth checking out.

The Canadian Coast Guard have a bunch of mid-shore vessels that go for about $227 million each. It also has a problem.

The vessels, according to a piece on CBC News, have a bit of an issue with stability. The Coast Guard has known about the problem for two years and still hasn't figured out how to address it.

"At issue is the lack of stabilizer fins — blades that stick out from the hull to counteract the rolling motion of waves — on nine Hero class ships that were built by the Irving Shipyard in Halifax between 2010 and 2014," the piece stated. "The problem is reportedly so bad that a trip along the West Coast required one Fisheries and Oceans Canada supervisor in (British Columbia) to place rolled-up jackets under the outer edge of his bunk to keep him pinned against the wall instead of being tossed out by the amount of roll to the ship."

The instability also has made some crews seasick and forced the service to keep some vessels in port during bad weather.

Not that we know anything about, well, anything, but perhaps they should go back to the drawing board and retrofit the boats with stabilizer fins.