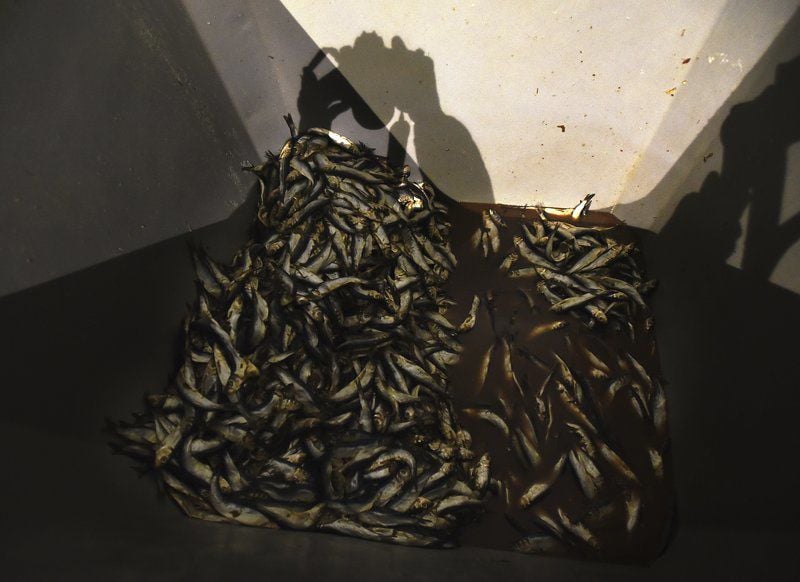 PAUL BILODEAU/Staff photo. A bait tote of herring at Cape Ann Seafoods on the Jodrey State Fish Pier in Gloucester. 2/26/19 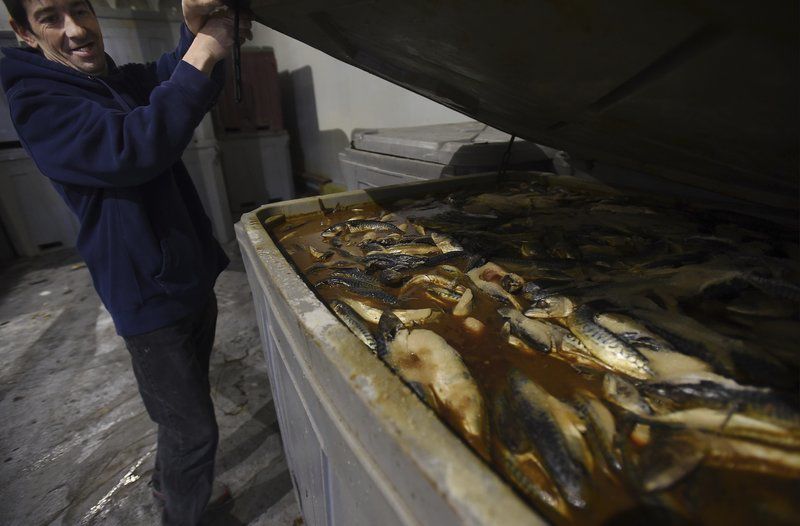 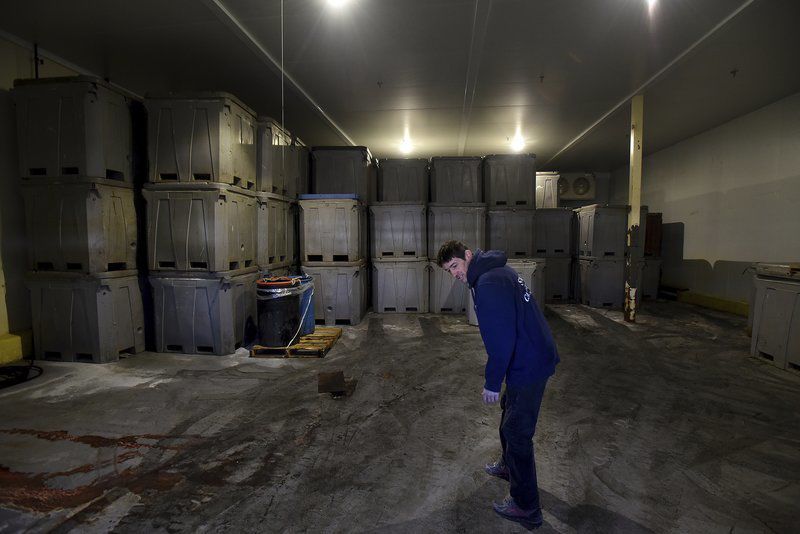 PAUL BILODEAU/Staff photo. A bait tote of herring at Cape Ann Seafoods on the Jodrey State Fish Pier in Gloucester. 2/26/19

When, on Feb. 15, NOAA Fisheries finalized a rule that cut the 2019 Atlantic herring quota by more than half from the previous year, the reverberations were felt instantly from Maine to the mid-Atlantic and in at least two separate but interlocked fisheries.

In Gloucester, Gerry O'Neill of Cape Seafoods studied the numbers and blanched, knowing they represented a talisman of misery for the company's associated mid-water trawlers that harvest herring and Cape Seafoods' bait business that helps supply lobstermen in the state's most lucrative lobstering port.

"These cuts are infrastructure killers," O'Neill said. "Certainly, not everybody's going to come out unscathed. We'll keep going, but I'm not entirely sure how yet."

Across the Everett R. Jodrey State Fish Pier, where Johnny "Doc" Herrick ties up his F/V Dog & I, the longtime lobsterman absorbed the numbers and came to a simple conclusion: Bait was going to start getting scarce and prices — even for alternatives from herring, such as the redfish heads and hide skins Herrick often uses — were about to head north.

"We're going to have to catch a (loads) of lobsters just to pay for the bait," Herrick said. "Who knows how high the prices will go."

If the ramp-up to the new fishing season is any indication, 2019 very well could be the year of living dangerously for the New England herring fishery and the lobster industries in two states — Maine and Massachusetts — that supply almost 95 percent of all American lobsters to the world.

Regulators slashed the herring quota by about 58 percent two weeks ago not because they determined the fishery was overfished, but over concerns about dwindling recruitment, which refers to the number of juvenile fish in the stock's biomass.

"I understand those concerns about low recruitment, which is a natural phenomenon and has nothing to do with fishing effort," O'Neill said.

But that is just the tip of the regulatory sword.

So, O'Neill said, if you trace the quota cuts from the peak of about 160,000 to the 2019 quota of 21,000 metric tons, the cumulative cut in quota is more than 86 percent — hence the consternation in Maine and Massachusetts.

The Maine refrain has been one of catastrophe and falling skies, with the chorus melding voices from fishermen that harvest the bait fish, dealers that sell the bait, the lobstermen that return the bait to sea in their lobster pots and the state officials that regulate the lobster fishery.

In Massachusetts, the outcry has been more muted, but no less tinged with apprehension that the herring quota cuts are pushing the Bay State lobster industry closer to the point where the cost of bait rivals — or possibly exceeds — the profits from landing coveted American lobsters.

"We're extremely concerned going forward," said Beth Casoni, executive director of the Massachusetts Lobstermen's Association. "Herring is the primary bait choice for most of the boats in Massachusetts. Our only real access to herring is from the mid-water trawlers here. I've never heard of any herring landed by the Maine purse-seiners coming into Massachusetts. That herring stays in Maine."

"Prices could double in 2020," she said ominously.

A playlist of alternatives

Forget 2020 for a moment. In reality, no one really knows what will happen once fishing effort begins to peak in 2019.

O'Neill said he expects herring bait prices to begin rising with the late spring temperatures in May and begin peaking along with demand in mid-summer.

"I think the rubber will hit the road in June or July," O'Neill said.

He also agreed with Casoni that 2020 could even be worse.

"I can't even predict what the ex-vessel price for herring will be this year, never mind next year," he said. "We still have frozen herring that was packed in 2018 that we can sell in 2019. But, with the immense cuts in herring quota,  I can't see a scenario where Cape Seafoods processes any herring in 2019 or 2020."

For now, O'Neill said, Cape Seafoods is sticking with its 2018 prices for frozen herring — $50 for a full fish box and $20 for a frozen flat. But who knows for how long?

It's quite a smorgasbord, but O'Neill clearly would trade them all for an abundant source of reasonably-priced herring. It's also clear those days might be over.

When the first two legal retail marijuana shops opened in Leicester and Northampton, Massachusetts, in November 2018, stories on TV and in newspapers told of long lines, traffic jams and endless police details to keep things orderly and moving along.