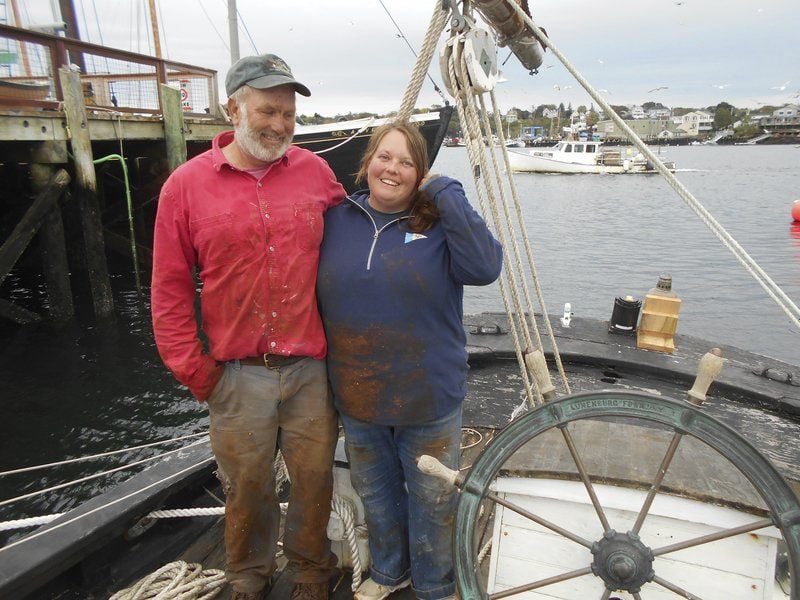 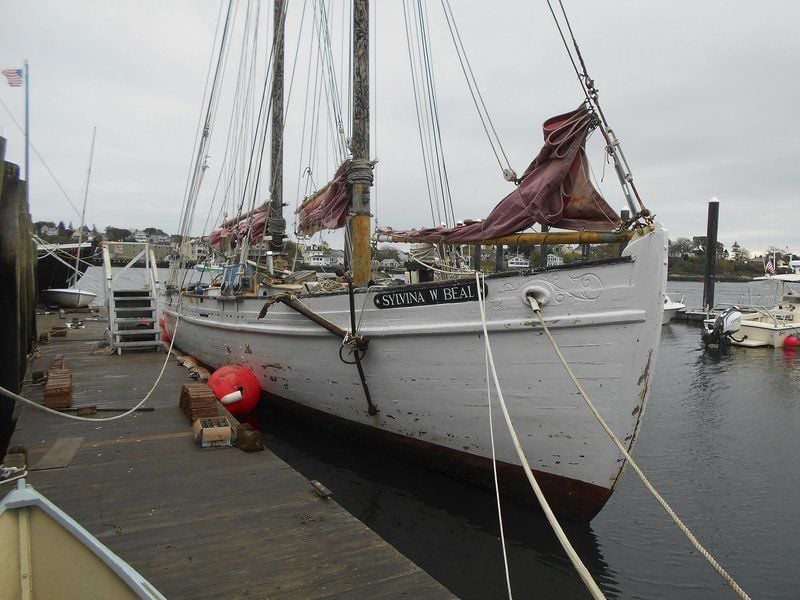 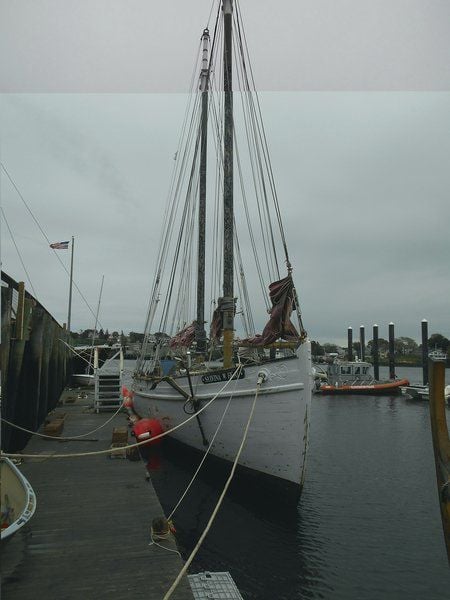 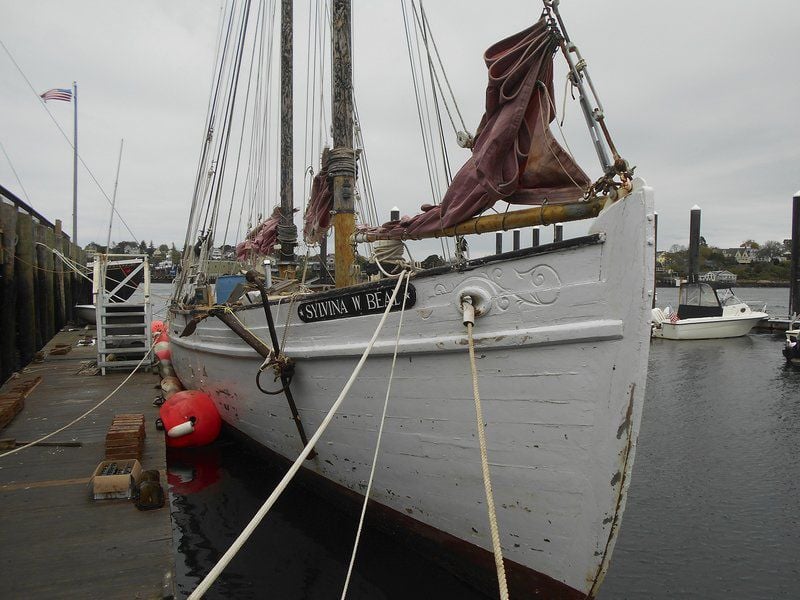 SEAN HORGAN/Staff photoThe Sylvina W. Beal knockabout schooner, tied up at Maritime Gloucester on Monday, is now the oldest former wooden fishing vessel in Gloucester Harbor. It was built in 1911.

SEAN HORGAN/Staff photoThe Sylvina W. Beal knockabout schooner, tied up at Maritime Gloucester on Monday, is now the oldest former wooden fishing vessel in Gloucester Harbor. It was built in 1911.

Harold Burnham, the Essex-based boat builder and restorer, had a choice.

Burnham could have built a new boat based on the classic lines of fishing schooners from the golden age of sail, as he did in 1997, when he designed and built the 90-foot Thomas E. Lannon, or in 2011, when he launched the 58-foot pinky schooner, Ardelle.

But when it came time to embark on a new project, there seemed to be a force from the past pulling at Burnham, one that he just couldn’t seem to shake.

“When you build a new boat, it only goes back as far as you,” Burnham said Monday morning while standing on the dock behind Maritime Gloucester on Harbor Loop. “When you fix an old one, it comes with a whole past of people and crews. You have an opportunity to become a steward of a real piece of history and you become part of something that’s bigger than just you.”

Burnham wanted that ethereal connection, which is why he and his project partner Mary Kay Taylor and a crew of friends traveled to Maine last week to take possession of the 107-year-old Sylvina W. Beal, a former racing fishing schooner, and sail the 78-foot wood boat to Gloucester.

They sailed the sleek, double-mast knockabout into Gloucester Harbor on Saturday afternoon, expanding the city’s fleet of sailing schooners and laying claim as the oldest former fishing boat in the harbor.

The schooner, launched in 1911 at the Frank C. Adams boatyard in East Boothbay, Maine, appears to be the oldest former fishing vessel in the harbor, eclipsing the 93-year-old gillnetter, Phyllis A, which is bring restored at Gloucester Marine Railways on Rock Neck.

The Sylvina W. Beal was built for Charles H. Beal of Beal’s Island in Maine. It was named for Beal’s wife, Sylvina W. (Alley) Beal.

The schooner has been a true workhorse through its several lives on the water, Burnham said.

“It was an established boat on the Maine coast and a very well-known style of vessel,” Burnham said. “It had a very long career.”

The boat fished the waters off the Maine coast as a herring and mackerel seiner, with a crew of up to 10, until approximately the beginning of World War I. From then until the 1980s, according to Burnham, it worked as a seafood cargo carrier, primarily sardines.

Sometime in the 1980s, the Sylvina W. Beal was converted to a windjammer passenger schooner and hosted charter cruises and whale watches along the Down East coast.

Burnham and Taylor were asked how much work the boat needs.

The plan, they said, is to remove about 10,000 pounds of ballast from the Sylvina W. Beal and this fall haul the schooner at Maritime Gloucester’s railways, where it will spend the winter.

“Geoffrey Richon and Michael DeKoster of Maritime Gloucester have been incredible,” Taylor said. “They’ve been an enormous help in this.”

In the spring, the boat will head to Burnham Boat Building’s boat yard in Essex for restoration.

“We figure it’s going to be a couple years before we even start the restoration, but we’ll be doing a lot of prep work in the meantime,” Burnham said. “We’re also looking to get a National Historic Landmark designation, which is incredibly important.”

Burnham expects the project to unfold much like the volunteer-laden effort that produced the Ardelle.

“We think it’s going to be very much a community effort,” he said.