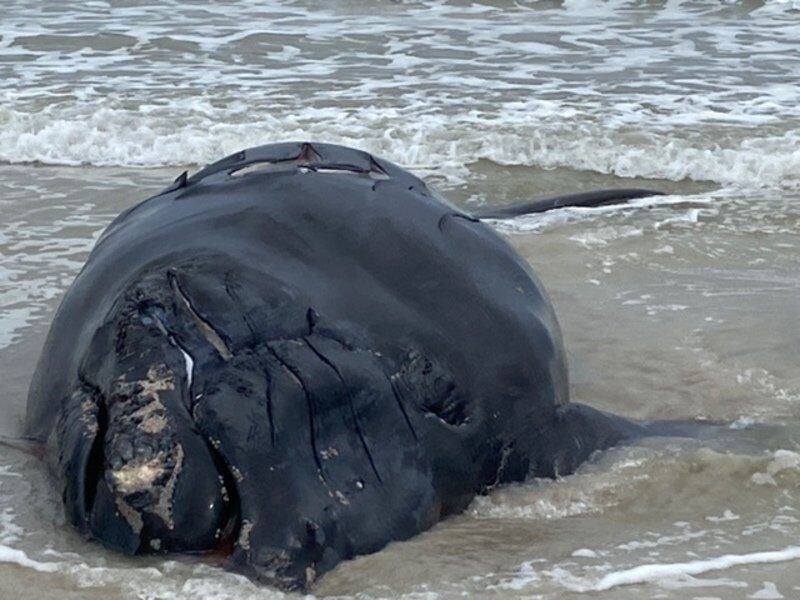 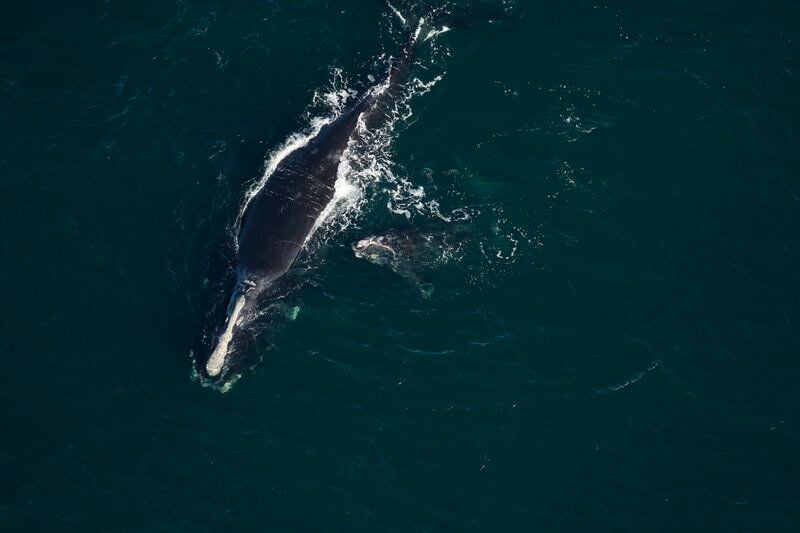 The plight of endangered right whales took another sad turn when this injured baby right whale, shown swimming, near St. Augustine, Florida, on Feb. 13, washed ashore on a Florida beach later the day. The whale, about two months old, showed telltale signs of being struck by a boat.(Florida Fish and Wildlife Conservation Commission via AP)

The plight of endangered right whales took another sad turn when this injured baby right whale, shown swimming, near St. Augustine, Florida, on Feb. 13, washed ashore on a Florida beach later the day. The whale, about two months old, showed telltale signs of being struck by a boat.(Florida Fish and Wildlife Conservation Commission via AP)

PORTLAND, Maine — America's lobster fishery is getting close to the date when it will have to contend with new rules designed to try to save a species of whale from extinction.

The North Atlantic right whale numbers only about 360, and scientists have said the animal's small population of breeding females could spell doom for the species. The National Marine Fisheries Service is developing new rules to reduce the possibility of entanglement in fishing gear, which can kill the whales.

A court decision required the fisheries service to finalize the rules by May 31. The agency is on track to produce the final rules on time, said Jennifer Goebel, a spokesperson.

The coming restrictions have sparked a rancorous debate between environmentalists and lobster fishermen over the proper way to save the whale. Lobster fishing groups have said overly restrictive rules could put them out of business.

The Maine Lobstermen's Association said the industry has a “long history of conservation of lobster resource and large whale protections.”

“Ultimately the top line is we don't think it's enough to save the species,” said Michaela Morris, oceans associate for Environment America. “They are not going to get us where we need to be if the rule is finalized as written right now.”

The fisheries service is accepting comments about the proposed rules until March 1.

It's holding public hearings about the proposed rules in New England, including one for southern Maine on Feb. 23 and one for northern Maine on Feb. 24. Publics hearing were already held for Massachusetts, New Hampshire, and Rhode Island, but any fisherman who missed those sessions is welcome to join the Maine hearings. More information is available by visiting http://bit.ly/3hwYqmx.

Written comments made be submitted online by visiting regulations.gov, searching for NOAANMFS-2020-0031, and choosing “Comment Now” to submit comments.

The right whales were hunted to near extinction during the commercial whaling era. They're also vulnerable to threats such as collisions with large ships and the warming of the ocean due to climate change. Lobstermen argue more whales die from ship strikes than entanglement.

Times staff contributed to this story.