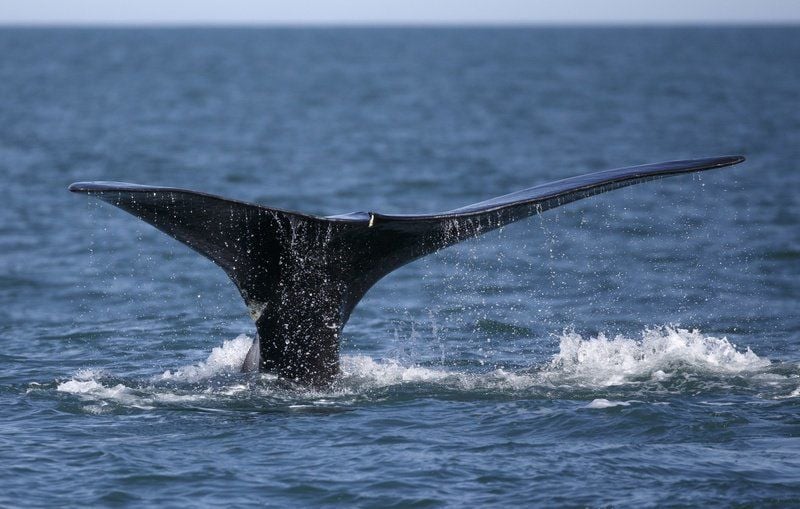 MICHAEL DWYER/AP file photo/A North Atlantic right whale breaches the surface of Cape Cod bay off the coast of Plymouth in March 2018. The Atlantic Large Whale Take Reduction Team meets in Providence, Rhode Island, beginning Tuesday, seeking solutions to save one of the rarest species of marine mammals, numbering about 400. 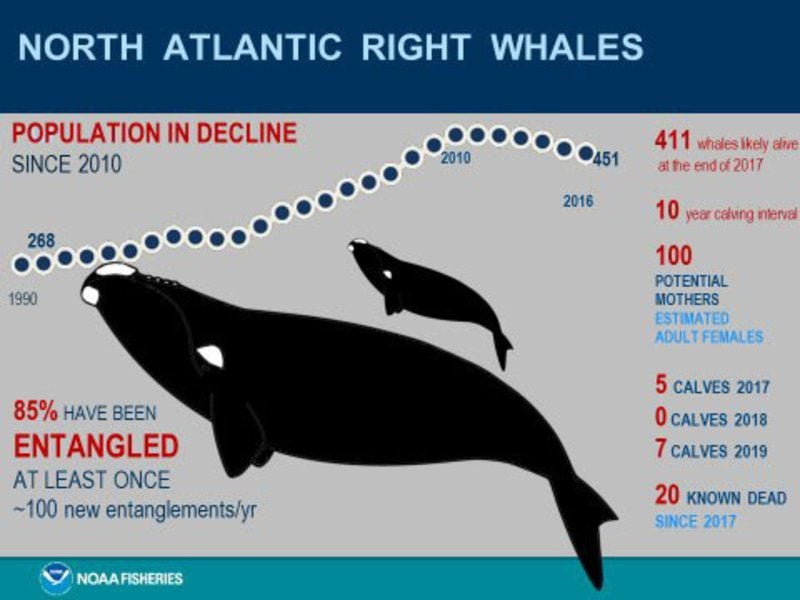 MICHAEL DWYER/AP file photo/A North Atlantic right whale breaches the surface of Cape Cod bay off the coast of Plymouth in March 2018. The Atlantic Large Whale Take Reduction Team meets in Providence, Rhode Island, beginning Tuesday, seeking solutions to save one of the rarest species of marine mammals, numbering about 400.

This week is shaping up to be the week of the North Atlantic right whale, as regulators, conservationists and fishing stakeholders convene in New England to hammer out new measures to protect the imperiled cetaceans from potentially deadly entanglements in fishing gear.

The Atlantic Large Whale Take Reduction Team is set to meet Tuesday through Friday in Providence, Rhode Island. The proceedings will be closely watched by segments of the Northeast commercial fishing industry — particularly Massachusetts and Maine lobstermen — to gauge the impact on future fishing.

"Tackling entanglements is critical to the recovery of the North Atlantic right whale population, and we can't do it without the assistance and cooperation of those who know best how the fishing industry interacts with large whales," Mike Pentony, the Gloucester-based regional administrator for NOAA Fisheries, said in a statement. "The continued participation and dedication of our industry, science, (non-governmental organizations) and agency partners is absolutely necessary to future success."

The population of the North Atlantic right whales peaked at about 480 in 2010 before another downward trajectory emerged, fueled in part by an unprecedented 17 mortalities in U.S. and Canadian waters in 2017, particularly in the Gulf of St. Lawrence snow crab fishery.

The immediate goal for the take reduction team is develop a plan "to reduce incidental mortality and serious injury to a level known as the 'potential biological removal' level that allows the stock to stabilize or grow, rather than decline," NOAA Fisheries said in advance of the Providence meetings. "Although it's been in existence since 1997, the Atlantic Large Whale Take Reduction Plan has not been able to consistently reduce serious injuries and mortalities to below the potential biological removal level."

NOAA Fisheries said it hopes to begin rule making on the issue in May, which also will include public comment.

"I'm confident we have the right people around the table to tackle this problem," said Mike Asaro, NOAA's acting assistant regional administrator for protected resources. "This is a complex issue, but with the cooperation and active engagement from the people who know this issue best, I have hope that following the meeting, we will have a solid set of conservation measures to proceed to rule making that will allow the fishing industry and whales to coexist and thrive."

Several potential measures already are on the table, including fishing area closures and the removal or modifications of existing gear to reduce the strength and number of vertical lines in the waters in which the North Atlantic right whales travel.