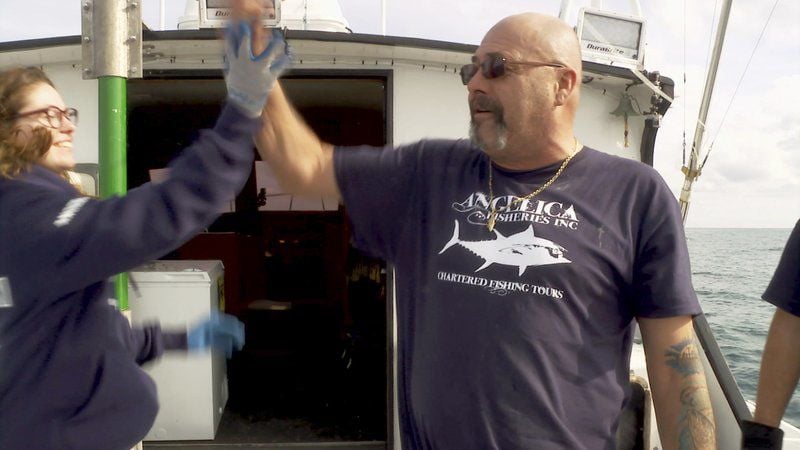 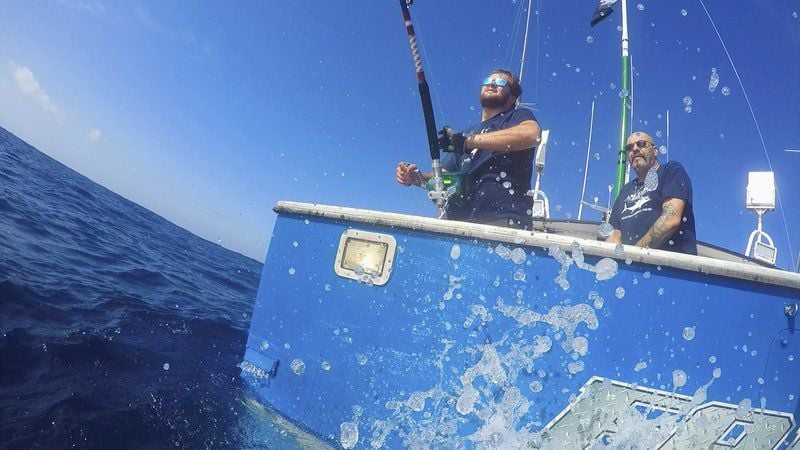 PFTV/Courtesy photo/First mate Joe Marciano and his father, Capt. Dave Marciano of Beverly, work on the Falcon during an episode of "Wicked Tuna: Outer Banks." 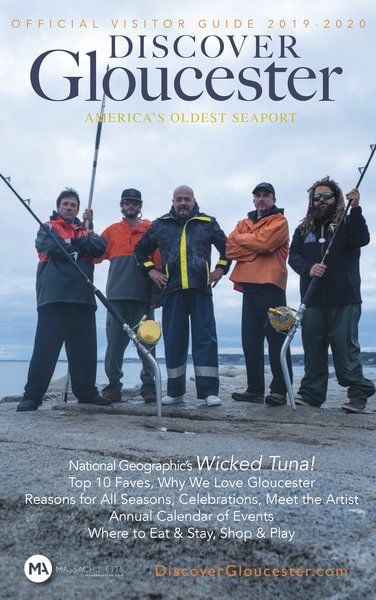 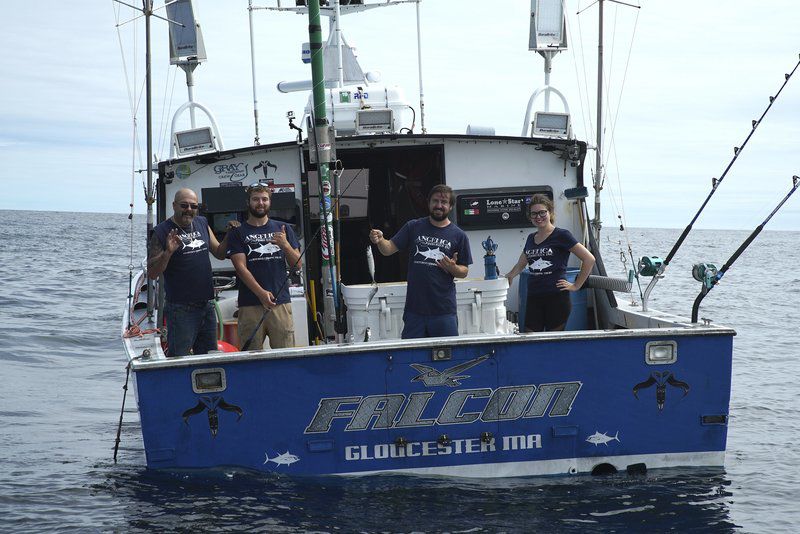 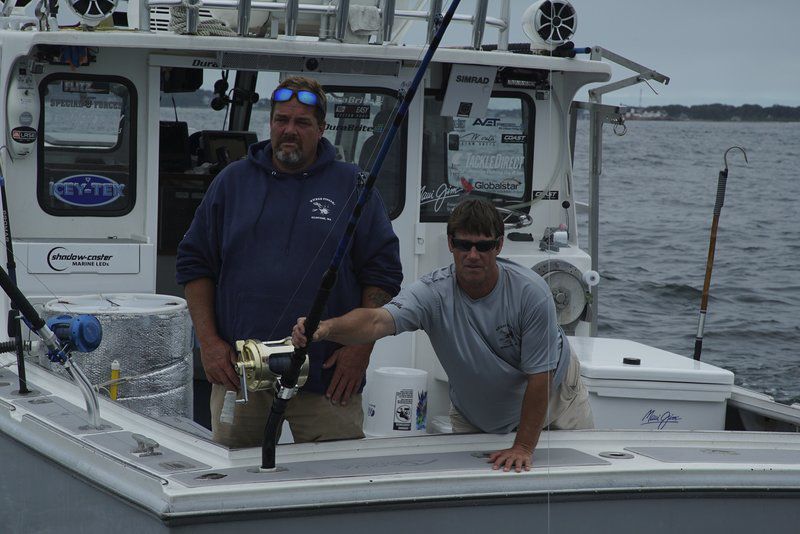 The Wicked Pissah's Capt. Paul Hebert of Gloucester and first mate Rick Schrafft of Rockport set out the rods for a big opening of bluefin season on "Wicked Tuna."

PFTV/Courtesy photo/First mate Joe Marciano and his father, Capt. Dave Marciano of Beverly, work on the Falcon during an episode of "Wicked Tuna: Outer Banks."

The Wicked Pissah's Capt. Paul Hebert of Gloucester and first mate Rick Schrafft of Rockport set out the rods for a big opening of bluefin season on "Wicked Tuna."

The hit National Geographic series "Wicked Tuna" has been renewed for a ninth season, and the finale of season eight airs this Sunday, June 16, at 9 p.m. in an extended 90-minute episode "The Final Tail."

"Wicked Tuna," which is filmed on location in Gloucester and the surrounding waters, airs internationally on National Geographic in 171 countries and in 43 languages.

The catch can be lucrative, with one fish worth more than $20,000, and some of the largest catches weighing upwards of 800 pounds and even more than 1,000 pounds.

In the finale of season eight, viewers will see the final week of fishing for "monstah" bluefin tuna. Capt. Tyler McLaughlin of the Pinwheel, homeported in Rye, New Hampshire, is in the lead. He seeks a victory after dedicating his season to his best friend and former first mate, Nick “Duffy” Fudge, who died unexpectedly last year. His new first mate is his sister Marissa McLaughlin.

But not far behind are Capt. Dave Carraro of Gloucester, a four-time "Wicked Tuna champion," of the FV-Tuna.com and Captain TJ Ott of the Hot Tuna. Rounding out the competition is Beverly's Capt. Dave Marciano on his new boat, the Falcon, and Capt. Paul Hebert about his boat The Wicked Pissah.

The youngest "Wicked Tuna" captain, McLaughlin, narrowly defeated his closest rival, Carraro, by $575 in the season seven finale.  In season six, he lost to Carraro by only $19.

In more high seas drama, season six of the spin-offs series "Wicked Tuna: Outer Banks" kicks off the following Sunday, June 23, at 8 p.m. "Wicked Tuna" captains Marciano, McLaughlin and Ott will again head south to the “Graveyard of the Atlantic.”  This series pits northern captains against their southern counterparts.

They will compete against four new southern boats and one captain returning from season one. The no-nonsense Reed Meredith is back with a new boat, the Kahuna, and his fun-loving brother Banks.

New to "Wicked Tuna: Outer Banks" are the fishing vessels Rasta Rocket, Offshore Outlaw and Reel e Bugging.  The captain of Reel e Bugging is Robert “Bobby” Earl, a former Wall Street "hotshot" who traded suits and high-rises for rods and reels after the stock market crash of 2008.

Boon for the city

The producers have found that this television series has hooked millions of viewers not only from the region but from around the world.

Mayor Sefatia Romeo Theken knows the city benefits from this wave of notoriety.

"It’s great for the city as it continues to put us on the map," she said.

She noted that a a photo of the "Wicked Tuna" captains graces the cover of the 2019 official Discover Gloucester visitors guide.

Elizabeth Carey, executive director of Discover Gloucester, agreed the reality television series has been a boost to the city, and had reached out to obtain a "Wicked Tuna" portrait of the fishermen that the nonprofit Discover Gloucester could use for publicity.

This year, Carey went to New York City for the New York Times Travel Showcase because of the number of tourists who come to America's Oldest Seaport from that region. What she discovered at the travel industry trade show was that most people know of Gloucester because of the film "The Perfect Storm" and the "Wicked Tuna" television series.

"What you find at trade shows and talking to tour operators, bloggers and writers is that 'Wicked Tuna' is a big draw," she said. "What it has done for Gloucester is make it world renowned."

Carey said visitors seek out where are the boats are moored and want to see what they look like.

"The viewers feel like they are there as they watch the show and know the guys, who are gushed over by tourists from all over the world. These guys are your 'regular Joes' but they are celebrities," she said. "When you talk about 'Wicked Tuna,' people immediately start talking and asking about who they like best."

For more about the TV shows, visit their websites: