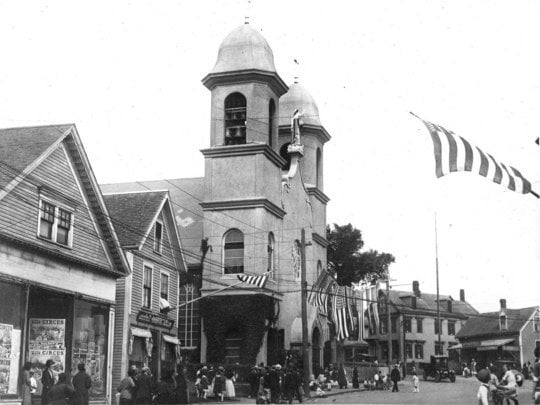 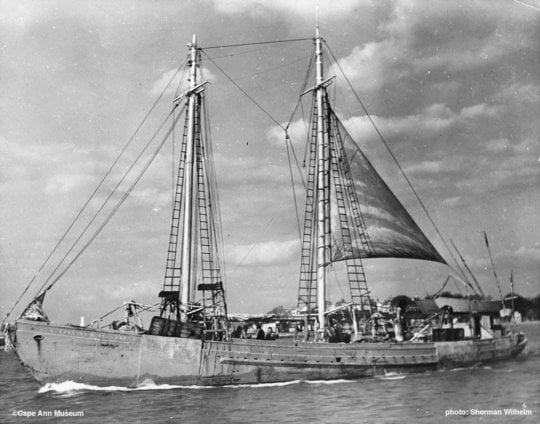 Mouth-watering Portuguese sweet bread, the "Shrine of the Fishermen" church adorned with miniature fishing vessels, and countless memories of strong family ties represent a few of the legacies of Gloucester's historic Portuguese community.

David Sears, a third-generation fisherman, has many recollections of Gloucester's Portuguese Hill, located just a block away from the inner harbor where scores of vessels would haul out their fish.

Dorothy "Dottie" Martins, a local woman who served in the U.S. Women's Army Corps and worked for General Douglas MacArthur, will chat with two other local women about the varied and colorful history of the downtown neighborhood.

Now, these residents will be part of a panel discussion Saturday at 1 p.m. at the Cape Ann Museum, where panelists will share cultural, religious and economic traditions of the local Portuguese community.

The museum has also put together a related special exhibit. A little later in the day, there will be a food event, called "A Taste of Portugal," at the Azorean Restaurant.

The event, organized by the Gloucester Lyceum and the museum, is part of a series titled Celebrating Gloucester Neighborhoods.

The panel members are proud of their Portuguese heritage and their community, and are eager to share their stories.

The moderator will be Bob Quinn, who grew up on Scott Street, just below Portuguese Hill. A 1951 Gloucester High graduate, he served three years in the Air Force and graduated from Northeastern in 1972. He worked 40 years in marketing and sales.

"I have a deep appreciation for the culture," said Quinn, known for his years of service on the Gloucester Lyceum committee and as cameraman for Cape Ann TV. A father of three, he has been married for 52 years.

Quinn, who grew up on the nearby waterfront, said the panel members have much to share with the community.

"They will look back at their neighborhood, and there will be some laughter and some tears," said Quinn. "We will also open up to the audience in case they want to share their experience or a comment."

David Rose will share some religious aspects of the community and address the Portuguese clubs.

Sears, a retired fishermen, will talk about his family's fishing legacy. His great uncle had the last dory fishing boat in the fleet and his grandfather had the first conversion vessel that was a sailing schooner turned dragger.

He will share a World War II fishing story when the Germans boarded his father's vessel, the Marion and Alice taking all the food and fuel from the fishermen, but there was an explosive ending for which his father later received a commendation from the U.S. Navy. He also will share some historic photographs. His family name was originally Sorais, but was changed to Sears in America.

Raphael Oliver will talk about commercial aspects of the neighborhood, that once included the Eastern Avenue School, Hildreth grammar school, and the Sawyer School.

These are the grade schools that the neighborhood children attended, but all three schools are gone and were replaced with Veterans' Memorial School.

Martins, along with Theresa Wonson and Mildred Ball, will have a conversation from the perspective of the wives and families of fishermen, and talk about the holidays and other traditional celebrations including customs and food.

The museum provided the following background about the panel participants.

Sears was born in Gloucester in 1936 and grew up on Portuguese Hill. His grandfather was Capt. Antone Sears, one of Gloucester's great Azorean-born fishing skippers of the early 20th century.

Raphael D. Oliver was born in 1928 on Friend Street in the heart of the Portuguese community. He is father of two children, grandfather of six, and great-grandfather of two. He retired from United Shoe and over the years was involved in several small local businesses with important ties to Gloucester, including Surfside Softee, Coffee Cups, the Friend Street Market, the Country Store and the Yellow Sub Shop.

"Dottie" Martins, daughter of the late Mary and David Pino and a Gloucester High graduate, served four years in the U.S. Women's Army Corps. She was deployed to the Far East Command in Tokyo, Japan, where she worked directly for General Douglas MacArthur (G-2 Intelligence).

After the service, and a stint as a professional singer on the West Coast, she returned to Gloucester and attended college. She married Manuel Martins, had two children and became a teacher in the Gloucester Public Schools. Today she enjoys many hobbies and volunteering.

Theresa Camille Wonson has lived near the top of Portuguese Hill since she was three years old. Three of her grandparents were born in The Azores. After graduating from Gloucester High, she worked 35 years for the City of Gloucester, first in various city offices and then the library.

David A. Rose has lived on Portuguese Hill for all but five of his 68 years. He has been married to his wife Nancy for 45 years, has two daughters, Lisa and Michelle, and five grandchildren. David is a graduate of Maine Maritime Academy. He served on Gloucester's Board of Assessors for 14 years, retiring as principal assessor in 2003.

A. Mildred "Millie" (Rocha) Ball was born in 1929 and given the name Zulmira by her parents. She grew up on Portuguese Hill, one of eight children in the family.

When: Saturday, May 1, noon

Where: The event begins at noon at the Cape Ann Museum with a preview of a special exhibit in the museum's Maritime Gallery, with refreshments. The panel discussion of the cultural, religious, and economic traditions of the historic Portuguese community takes place at 1 p.m., with a food event — "A Taste of Portugal" — later at the Azorean Restaurant. The museum is free; the "Taste" is $10. Reservations required. Call 978-283-0455, Ext. 11.