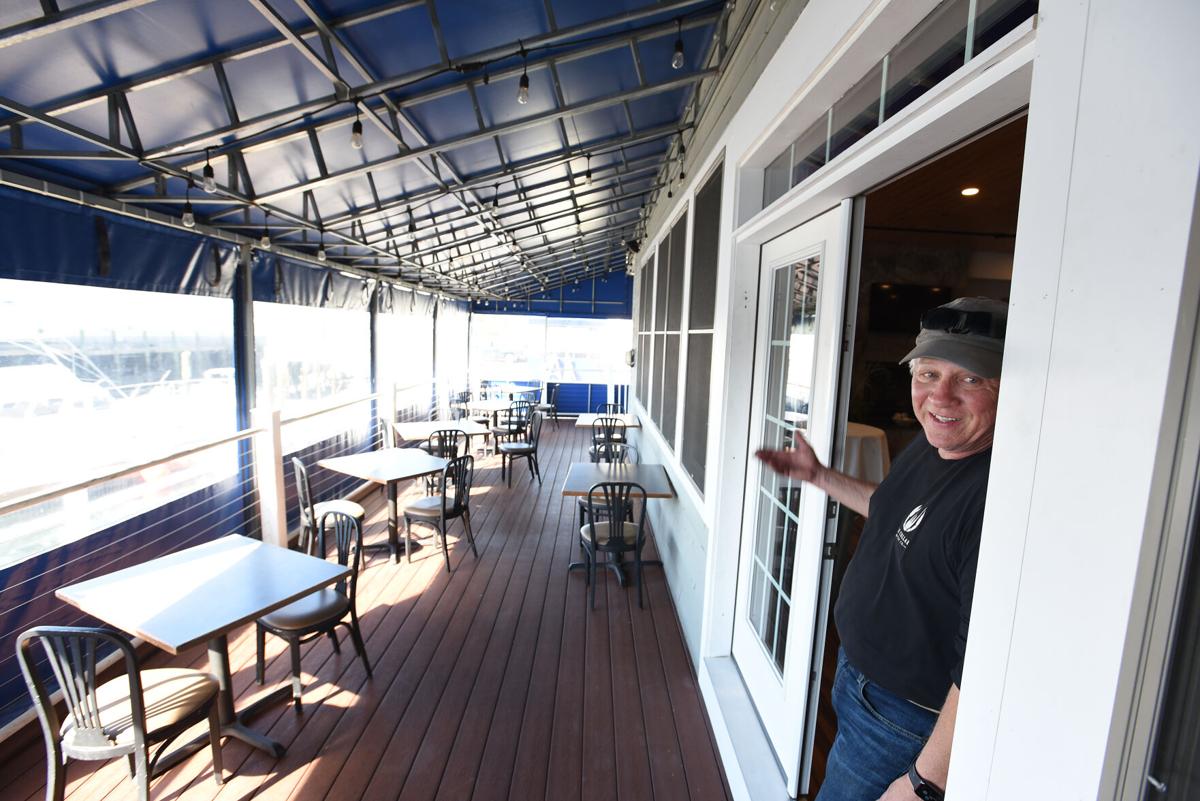 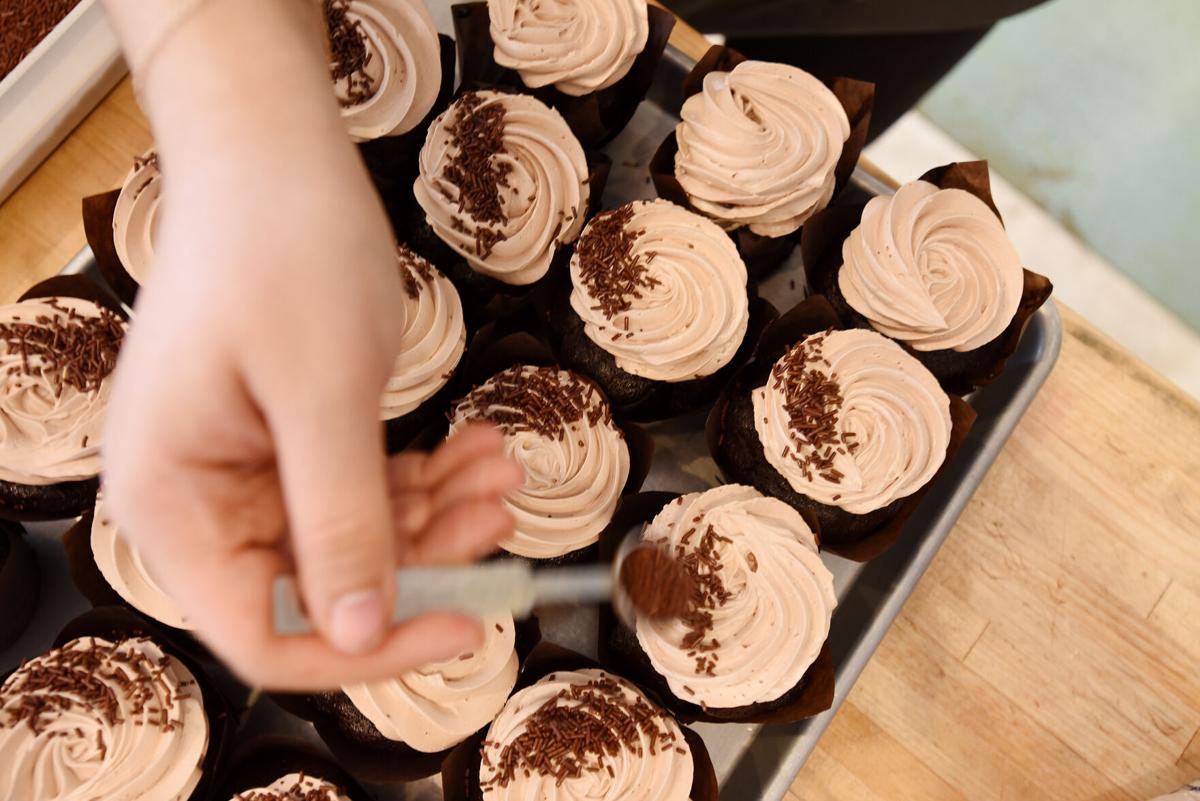 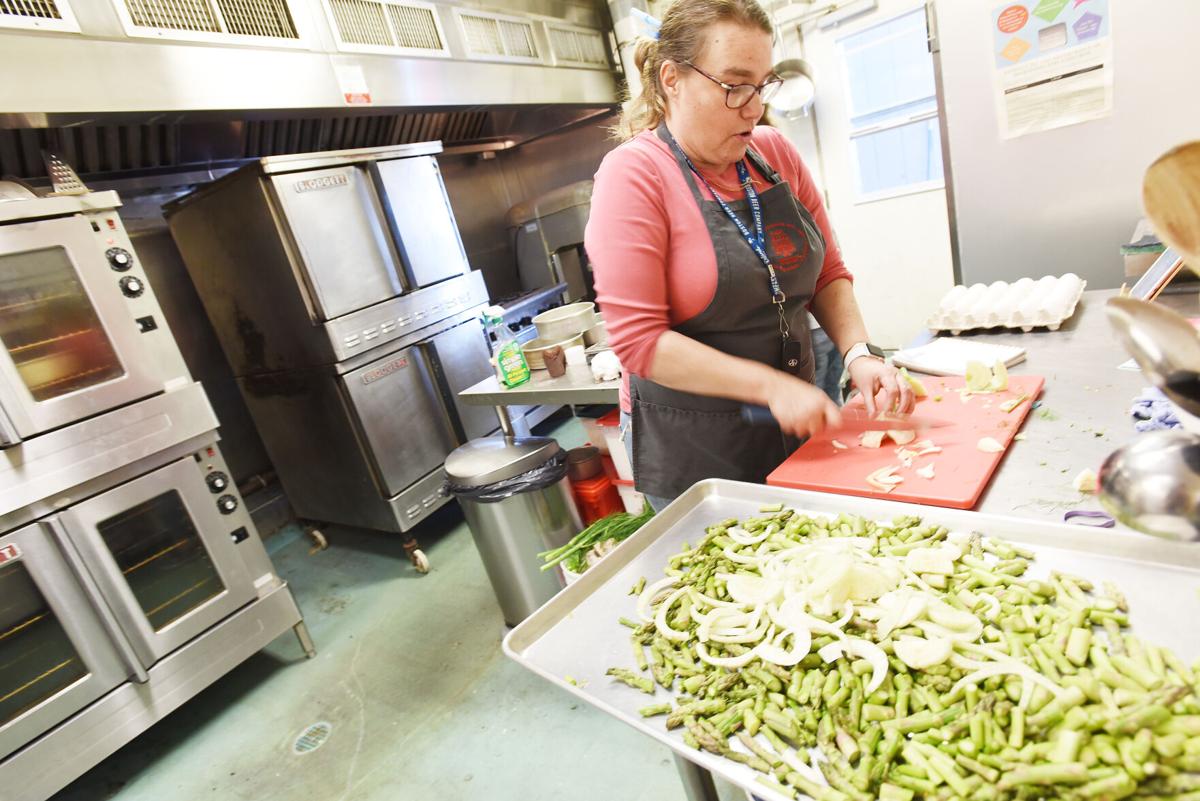 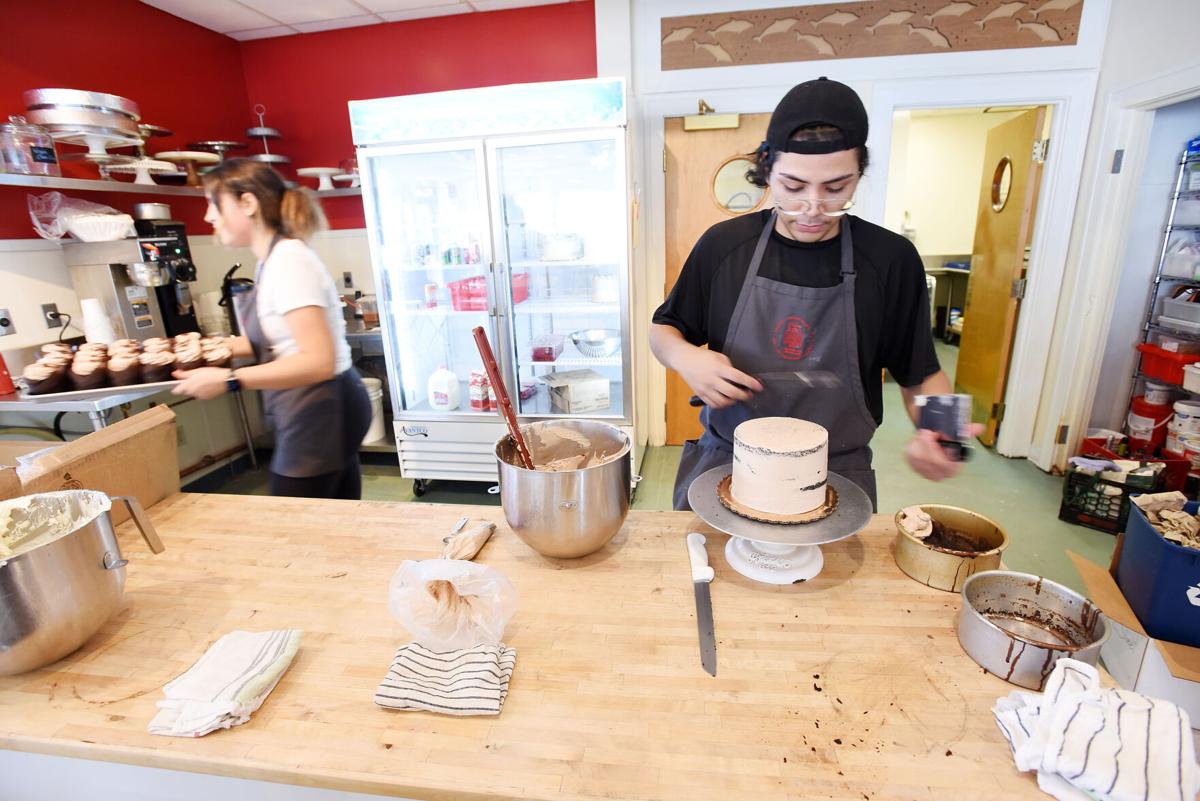 Workers Angie Curcuru, left, and Jeremy Pichardo work on making sweet treats at Cake Ann, which now occupies the former function hall at the Gloucester House. Cake Ann is part of new reimagining on the Gloucester House Restaurant into a marketplace. 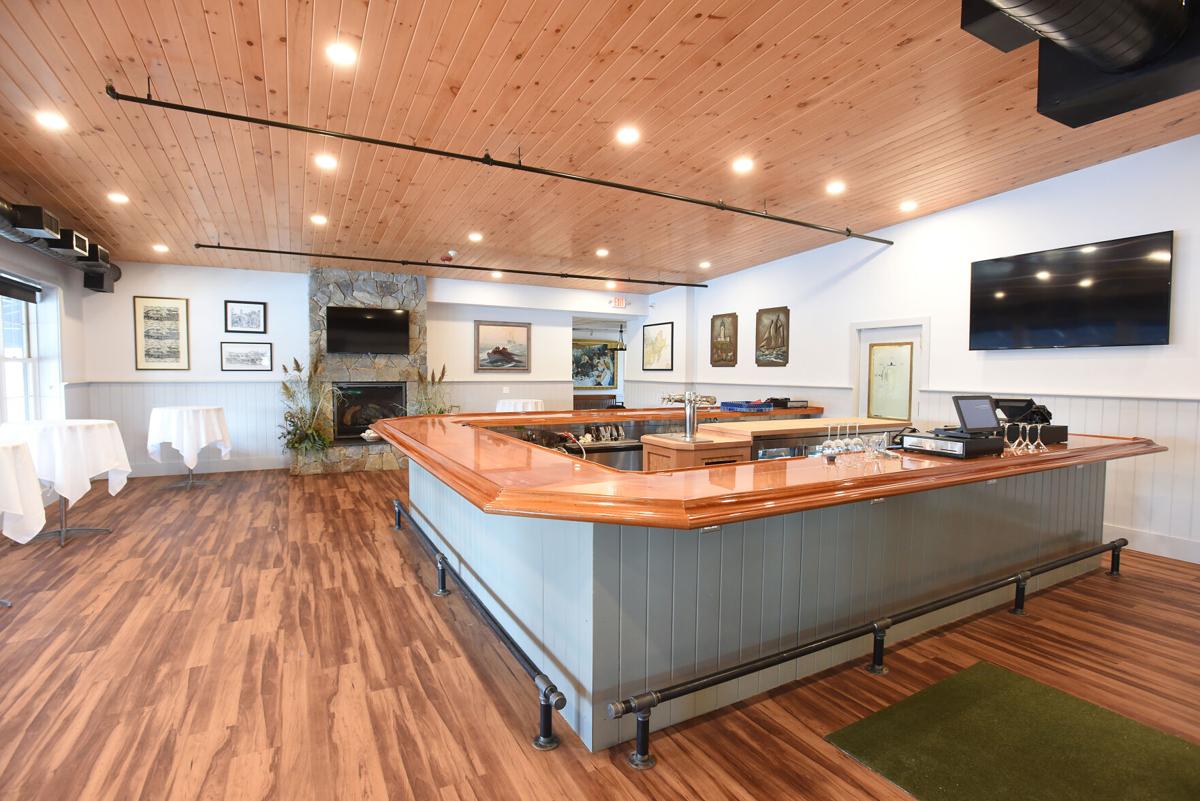 A newly redesigned bar area at the Gloucester House is part of new reimagining of the restaurant as a marketplace. 10/14/21

Workers Angie Curcuru, left, and Jeremy Pichardo work on making sweet treats at Cake Ann, which now occupies the former function hall at the Gloucester House. Cake Ann is part of new reimagining on the Gloucester House Restaurant into a marketplace.

A newly redesigned bar area at the Gloucester House is part of new reimagining of the restaurant as a marketplace. 10/14/21

When the Gloucester House temporarily closed up shop in late May to undergo renovations, owner Lenny Linquata kept details of the Rogers Street restaurant’s future under wraps.

But now, with the announcement that the Cake Ann bakery has moved in, the cat’s out of the bag ... or should we say frosting.

“We are always looking for new ideas,” Linquata said of the Gloucester House building at 63 Rogers St. on Seven Seas Wharf.

Cake Ann, previously located at 214 Eastern Ave., creates cakes for special occasions or “just because,” as its website reads.

The bakery is located in what used to be the Gloucester House’s function room, and offers an outdoor deck on the harbor.

“It is so nice,” owner Inga McCarthy said of the new space. “I am beyond excited.”

McCarthy said the move was initiated by Linquata, who had approached her business as he was envisioning what the new Gloucester House was going to look like.

“I had been to the Gloucester House before, but it was interesting to look at the space with a different set of eyes,” she said of looking at the new layout. “We had been really busy this summer and were outgrowing our space on Eastern Avenue.”

In its new space, McCarthy said Cake Ann has a lot more foot traffic and the resources to do what its crew does best: bake.

In addition to housing Cake Ann, Linquata renovated the Gloucester House’s bar area to seat 24 with food and drink service, and is preparing to bring in a marketplace to join Cake Ann in the former function hall.

Although the opening of the market is three to four weeks away, Linquata said the plan is to bring vendors from uptown who will offer clothing, “Wicked Tuna” merchandise, and eventually prepared dinners from the Gloucester House’s bar.

Invested in the community

Linquata is no stranger to community as he helped out a local organization thrive during a time that felt impossible to many.

During the COVID-19 pandemic, the Gloucester House closed down and temporarily offered its space to The Grace Center, Cape Ann’s day resource center for those experiencing homelessness.

“We are incredibly thankful to have this opportunity to expand our much needed services through the Grace Center to help people in Gloucester at a time when so many have been presented with incredible adversity,” Lifebridge Executive Director Jason Etheridge said in a prepared statement last year. “So many people worked together to make this a reality, and it is a wonderful example of what a community can do when people really need each other. To have a private business partner with us to make a difference in this way says a lot about Lenny Linquata and the community here in Gloucester, and we’re proud to be a part of this effort.”

Staff writer Taylor Ann Bradford may be contacted at 978-675-2705, tbradford@gloucestertimes.com or on Twitter at TayBradford97.

What: The Greater Cape Ann Chamber of Commerce hosts a ribbon-cutting ceremony for Cake Ann.

Where: Cake Ann (at the Gloucester House), 63 Rogers St., Gloucester.