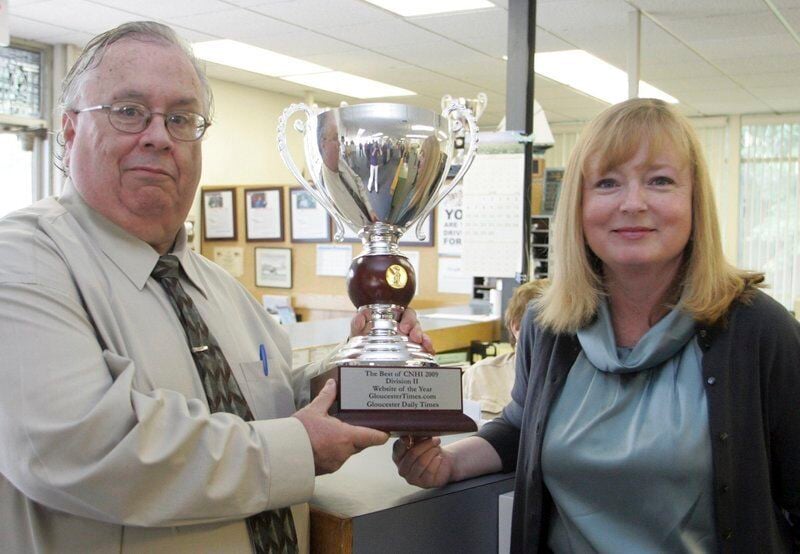 Staff file photo/Gloucester Daily Times editor Ray Lamont is presented with the CNHI Website of the Year Award by CNHI CEO Donna Barrett in 2010. It was one of several awards the paper won under his leadership. 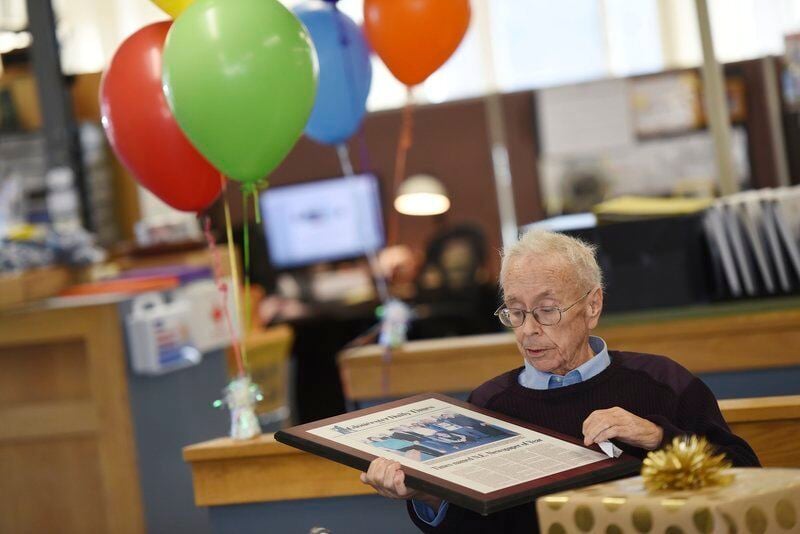 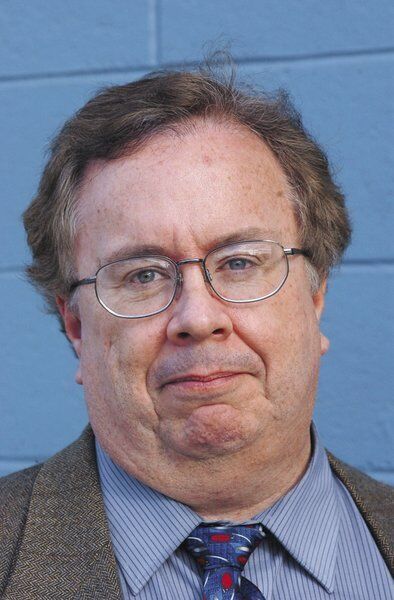 Staff file photo/Gloucester Daily Times editor Ray Lamont is presented with the CNHI Website of the Year Award by CNHI CEO Donna Barrett in 2010. It was one of several awards the paper won under his leadership.

Ray Lamont, former longtime editor and staffer of the Gloucester Daily Times, died Thursday after a long illness. He was 67

Lamont, who came to Gloucester in 2008 and retired last year, fully embraced the role of newspapers in serving their community.

He was far more than a writer, caring deeply about Cape Ann and its residents.

"One of my fondest memories of Ray happened on a Sunday in February 2016," said Julie Lafontaine, president and CEO of The Open Door. "It was Valentine's Day, and temperatures had dipped to single digits and the wind chill registered well below zero. The mayor had asked The Open Door, Action, and the Grace Center to make a weekend plan for shelter guests to come in out of the cold. We weren't too far into the morning when we turned around to see Ray standing in the doorway. He had covered the news story, and he knew we needed volunteers to make it all work. He asked, 'How can I help?'

His offer was gladly accepted, after which Lamont took stranded shelter guests to the store to pick up essentials.

"It was that kind of roll-up-your-sleeves attitude that defined him as a genuine storyteller and scribe for the big news and milestones of this community," Lafontaine said. "But it was that simple act of kindness that revealed Ray's character on that cold February Sunday so long ago. Ray told the stories of our community, and he chose words rich with feeling to describe the news and events of the day."

"His strong relationships with people in the community and tenacity in pursing information gave him a great ability to capture the essence of not only an issue or event, but also its impact on us and the people around us. He was able to report the story in a meaningful way and make us the better for having read it," Tarr said.

John Bell, who was serving his final year as mayor when Lamont came to Gloucester, applauded him for resurrecting the newspaper's focus on its central industry.

"Ray saw the need to support the coverage of fishing and the waterfront. It's such an important part of who we are. I give Ray credit for that," said Bell, who now serves as chairman of the Northeast Seafood Coalition. "He also cared about accuracy and he was open to criticism and corrections from the community — and he was always a gentleman when dealing with these kinds of issues."

"He strove to capture the news, but more importantly its impact on the people of Cape Ann," Ferrante said. "Undoubtedly, through his stories of western Massachusetts and his coverage of Cape Ann, one got a sense of Ray's love of local personalities and how the sum of them all come together to form community. Ray will be missed."

The Gloucester Daily Times earned numerous state and national journalism awards under his tenure, including several Newspaper of the Year awards.

"Ray cared deeply about Cape Ann," Gloucester Daily Times Publisher Karen Andreas. "But he also cared deeply about the people he worked with, from the veterans to the cub reporters just starting on their careers. He inspired journalism that truly served Times readers."

Dick Wilson, who worked with Lamont on many community projects, said the newsman understood the spirit that ran through this community.

"Ray epitomized to me a life that mattered," Wilson said. "He was a good friend, a good man and he had a good heart. He gets it. He truly identified with the community and what we tried to do. I was very pleased to have had him as a friend, not just a reporter but a friend. It's a big loss."

Lamont had interests beyond the newspaper. He was a man of faith and he loved music and attending live cultural events of all kinds, from Gloucester Stage productions to open air concerts at Stage Fort Park. And he saw a story everywhere he went.

"Ray was a unique reporter and he had a unique flair. Every reporter is different and I respected him for that. I will miss him," said Mayor Sefatia Romeo Theken, who first worked with Lamont when she was a city councilor.

"He was on my prayer list and he always called to ask how my brother was doing," Romeo Theken said. "That's the kind of relationship it was, not just mayor and reporter."

Lamont's character was apparent to those who knew him in other ways outside the Gloucester Daily Times office.

"He was a good man — dedicated to his work and the community," said the Rev. James Achadinha, pastor of Our Lady of Good Voyage Church in Gloucester.

"There was no better friend that a person could have — and the loss is immeasurable," echoed Carol Sliwa, a longtime friend.

A funeral Mass will be celebrated at a later date.