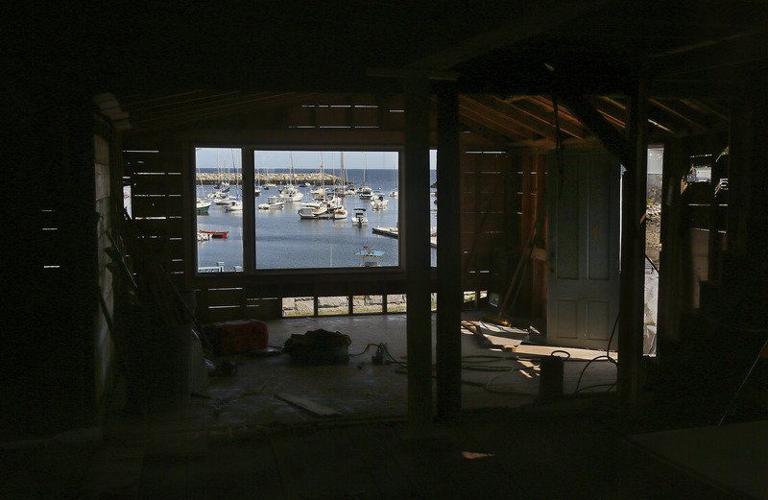 MIKE SPRINGER/Staff photoThe interior of the historic Hannah Jumper house on Mount Pleasant Street in Rockport, with its windows, looking out onto the harbor, has been gutted as part of a renovation project. {Sept. 12, 2017} 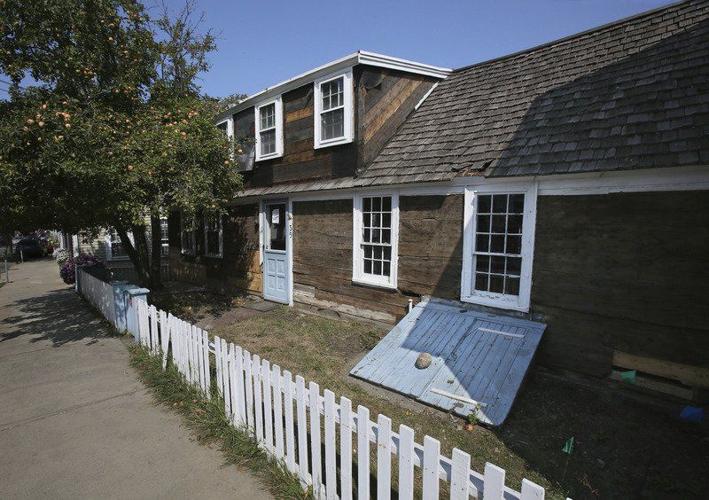 MIKE SPRINGER/Staff photoThe interior of the historic Hannah Jumper house on Mount Pleasant Street in Rockport, with its windows, looking out onto the harbor, has been gutted as part of a renovation project. {Sept. 12, 2017}

ROCKPORT – Employees of Mark’s Disposal, Demolition and Cleanouts put down their tools and packed up their gear at 35 Mt. Pleasant St. on Wednesday, having completed three weeks of demolition to the interiors of the former residence of Rockport’s legendary Hannah Jumper. The storied house still stands, though, and the owner has collaborated extensively with Rockport’s Historic Commission to ensure that the street façade remain unaltered out of respect to the historic site.

“If we accomplish what we hope to accomplish, it will look exactly the same. We’re proposing no exterior changes to the street side,” said Roger Caro, who owns the property. The home was built circa 1740.

The building’s cachet stems from the large role Jumper played in a town-wide liquor raid on July 8, 1856. The 75-year-old seamstress along with a few female friends led the town's women — and a few men — on raids on houses, barns, and establishments selling liquor with or without a license, wielding hatchets, breaking bottles, and splitting kegs. The five-hour rampage yielded 50 barrels of rum from 13 different locations and represents one of the earliest events in the Temperance movement that led to Prohibition. Rockport would remain a dry town until 2005 when residents voted to allow alcohol to be sold with meals in restaurants. There are no liquor stores in town.

Jumper is buried in the Old First Parish Burial Ground, and her house falls within the bounds of Rockport’s historical district, a designation limiting the extent of possible renovations to its façade.

“If it’s in the historical district, any exterior renovations require approval by the the Historical Commission,” said Paul Orlando, Rockport’s building inspector. “They went through that process last year,” he added, referencing the stamp of approval Caro’s plans received from the commission on Nov. 3, 2016.

With the help of Beverly-based architects Siemasko + Verbridge and contractor Ken MacDowell, Caro aims to transform the house back into a single-family home from its current two-family layout.  The permit for calls for exterior and interior renovations, as well as minor additions to the 3,000 square foot building.  It includes the replacement of mechanical systems, windows, siding, trim, roofing, interior finishes, fixtures, and appliances, and updates to the home’s three chimneys.

According to Caro, the bulk of the exterior alterations will be contained to the back part of the house. “It has been added on to many times over the years and, from a visual point of view, doesn’t have historical significance," he said.

Caro has enjoyed the support of the community and his neighbors throughout the permitting process, some of whom have been waiting for someone to tackle the necessary upkeep for the aging structure.  “My neighbor says (the house) is the first thing he sees when he wakes up in the morning and the last thing he sees when he goes to bed at night, and he’s watched the house deteriorate over the years and is glad that someone’s shown up and is willing to take on the project,” Caro said .

"I'm excited to see how the renovation turns out," said John David "J.D." Herlihy, who lives across the street.  "The contractor did another house on the street last year, and it turned out beautiful. I have all the confidence that he'll do a great job with this one, as well."

Abigail Bliss may be contacted at 978-675-2708 or abliss@gloucestertimes.com