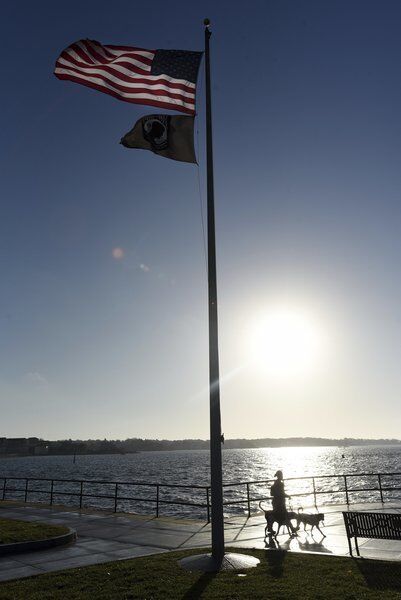 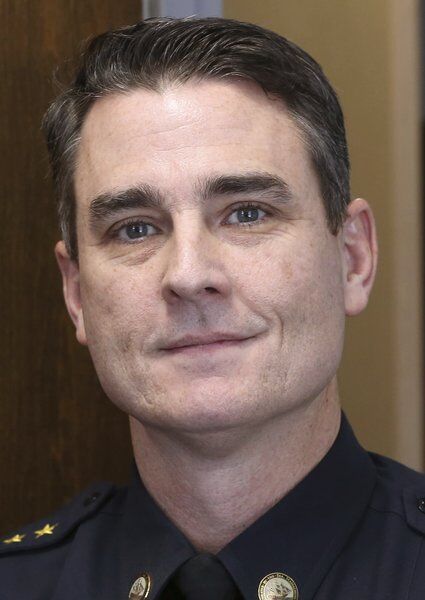 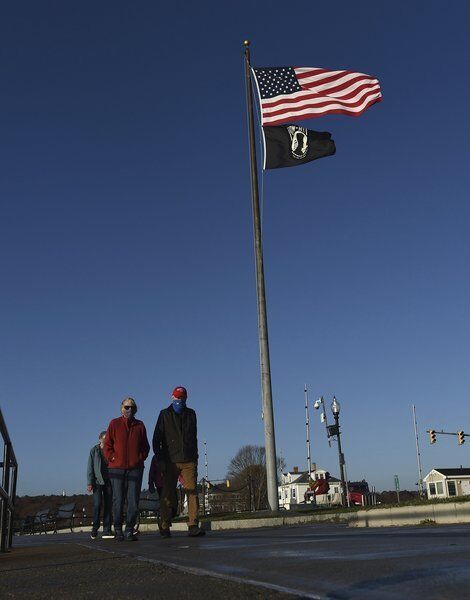 Prior to enlisting in the U.S. Army in 1987, Ed Conley would describe himself as a "young, self-absorbed kid with really bad grades who was getting into trouble and quickly becoming a problem."

"Nothing about my life in 1987 would have made any rational person believe that I was anywhere near a path that would lead me to become a police officer, never mind a police chief," said Conley, who became leader of the Manchester force and now heads the Gloucester Police Department.

That all changed when, after enlisting, he would meet his mentor, platoon Sgt. Art McCann. Conley described the Gloucester resident as "hard-working and somewhat intimidating man" who was "no-nonsense, no excuse fitness-loving airborne Ranger."

"He demanded the absolute best from everyone in his platoon," Conley reminisced at Gloucester's 2020 Veterans Day ceremony. "He trained us hard and always led by example."

Throughout their time in the 75th Ranger Regiment in Georgia, Conley and McCann would go on difficult deployments, jump out of airplanes, and go to war together.

"He taught me to be a Ranger, but more importantly he taught me to see that I was capable of so much more than I even understood at that time," Conley said.

Conley would go on to participate in Operation Just Cause, conducting a nighttime parachute assault to secure airfields to Panama. Following his active-duty service, Conley joined the Rhode Island National Guard, serving with the 173rd Long Range Surveillance Detachment until 1998.

His law enforcement career would include work at the Suffolk County Sheriff's Department, Chelsea Police, Manchester Police, and Gloucester Police, where he is now chief.

During all those moves, he never forgot McCann's mentorship.

"I love irony and it is ironic that it was the efforts of a platoon sergeant from Gloucester that has led me to become the chief of the Gloucester Police Department," Conley said. "For that, I do owe a special debt of gratitude to Art McCann and this city that I now call home."

McCann and Conley were two of 1,600 Gloucester-based veterans honored during the city's Veterans Day Ceremony, which was filmed at Kyrouz Auditorium and available for viewing through 1623 Studios and Comcast Channel 12.

"I know we are all here in spirit," said Mayor Sefatia Romeo Theken, noting that the gathering restrictions set in place to prevent the spread of COVID-19 moved the annual ceremony online. "We must remember the very real and very difficult sacrifices our veterans and their families have made over the years to provide for our country, especially our freedom."

For Tarr, veterans experienced the pains associated with COVID-19 long before the disease ever made any headlines.

"As we endure the rigors and the challenges and the hardships of the COVID-19 pandemic, we are experiencing just some of the things that the people who have served and do serve our country have faced and continue to face."

He listed veterans' separation from family, disruption from the normal course of life, isolation and pain during and after war as just a few of their experiences while serving the United States of America.

"Those things are not new to our veterans," Tarr said. "But it is incumbent on all of us to remember that they have endured them because they have had unity of purpose and belief in these United States."

As Tarr also noted the legislation passed to benefit those who served and the mayor encouraged small businesses to hire veterans as they return from war, Ferrante wanted to note that the day should be one of celebration.

"I recommend that we celebrate the fact that our veterans are home," she said. "The fathers, the mothers, the sisters, the brothers — they made it home."

"It is a celebration," Ferrante emphasized. "We should celebrate the fact that courageous young men and women have left our country, have gone into battle — have gone in knowing that they might not make it back —and yet they did."