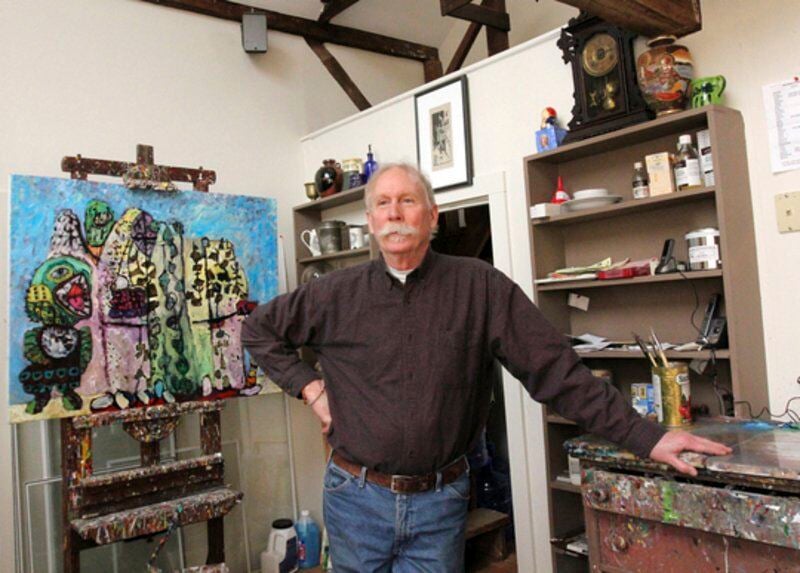 ALLEGRA BOVERMAN/Staff file photoDennis Flavin of Annisquam. shown in his home studio, may be known for the food he created over 40 years at his Halibut Point restaurant but he says he will spend more time on his art. 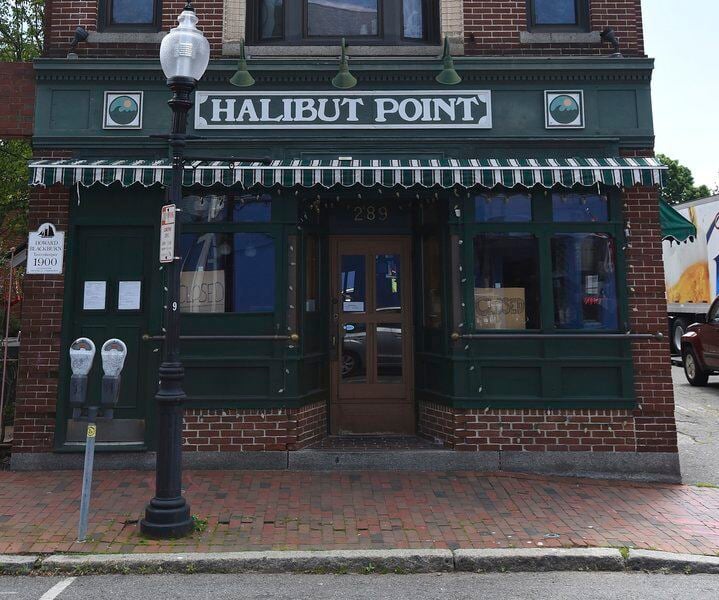 ALLEGRA BOVERMAN/Staff file photoDennis Flavin of Annisquam. shown in his home studio, may be known for the food he created over 40 years at his Halibut Point restaurant but he says he will spend more time on his art.

Dennis Flavin sat at the end of the bar, his Halibut Point Restaurant & Bar dark against the late morning sunshine. His face mask in place, his aura was that of a slightly disappointed burglar.

On this day, Flavin expounded on a found truth: It's easier to get into the bar business than it is to get out.

He came by this intel the hard way.

After 38 years in the basin of lower Main Street, Halibut Point is done and Flavin is ready to exit stage left.

The closing of the venerable eatery — really, as close to Gloucester came to an old, big-city saloon — occurred during the widespread shutterings imposed by the COVID-19 pandemic. But don't assume that it's a direct product of our ongoing public health contretemps.

"It has absolutely nothing to do with it." said Flavin. "It's just time. I knew it was coming. I just had a gut feeling that we wouldn't open again. So this is it."

He arrived at his resolution about three weeks ago, but he had to live inside that decision for a bit to know what it all means.

Nearly 40 years in the same spot down next to Gorton's, a living breathing connection to the mythic Howard Blackburn, who first opened a tavern on the very site in 1900. Those are real Gloucester credentials and not lightly abandoned.

He is 70 now and somehow managed, in partnership with his wife Peggy, to accomplish all three. They got married. They have three children -- Gabriel, 45, Mercedes (also a restaurateur), 40, and Ariel, 35. And up until now, they had a restaurant and bar. A true joint.

Flavin has spent his days of late weaving through the flowering plant of details attached to closing a business.

He had to deliver the news to his nearly 30 employees. He had to give warning to his suppliers and contractors. And he had to initiate the sale of the building at 289 Main St., along with the business and the ever-coveted liquor license.

The whole caboodle formally hit the market this past weekend.

No matter who buys the building, no matter its future use, the passing of Halibut Point is an unwelcome entry on the Gloucester timeline. For Flavin, it's been one of those places that means more than you can imagine to so many people.

"I met my wife here and had out first date here," Flavin said. "We've heard that over and over from other people, that they met their spouse here. Or this is where they celebrated their anniversaries. We have people who started out working with us at the beginning and they got married and they had kids. And their kids and maybe even the kids of their kids, have grown up and worked here."

By making his decision during the days of lockdown, Flavin at least spared himself the onslaught of questions and pleadings from his regulars. Still, more than one, upon hearing the news, stopped by to ask him to say it ain't so.

"If we were open, I'd really be getting hammered," Flavin said. "They be like, 'You can't do this. This is part of Gloucester's history'."

And thus it will remain. But the future will belong to someone else.

And what of Flavin's future?

Well, he's never traveled — he says he's never had a vacation — and doesn't plan to start now. He did make one concession, finally getting his first cell phone.

"Never needed one before," he said. "People could always reach me here."

His plan is simple.

Flavin is an accomplished painter of abstracts at the studio on his and Peggy's Annisquam property, where he always has two easels working at once. So, he will paint. As he does every day.

"I'll probably be painting 35 minutes after you walk out that door," he said.