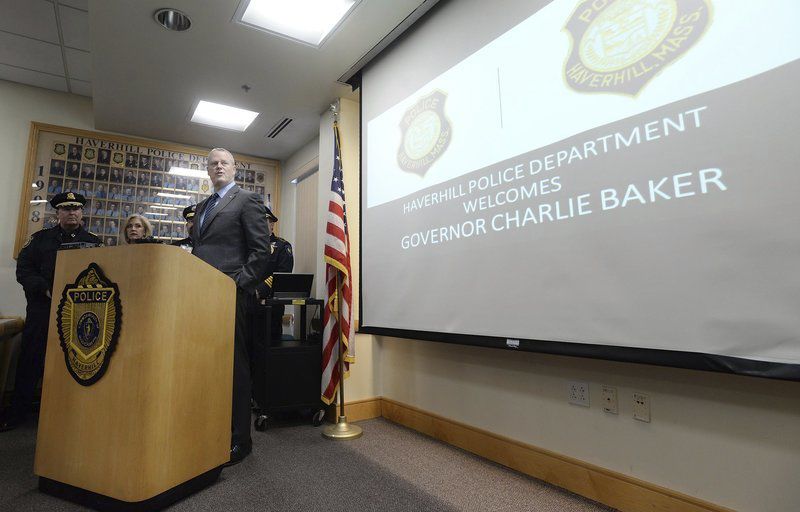 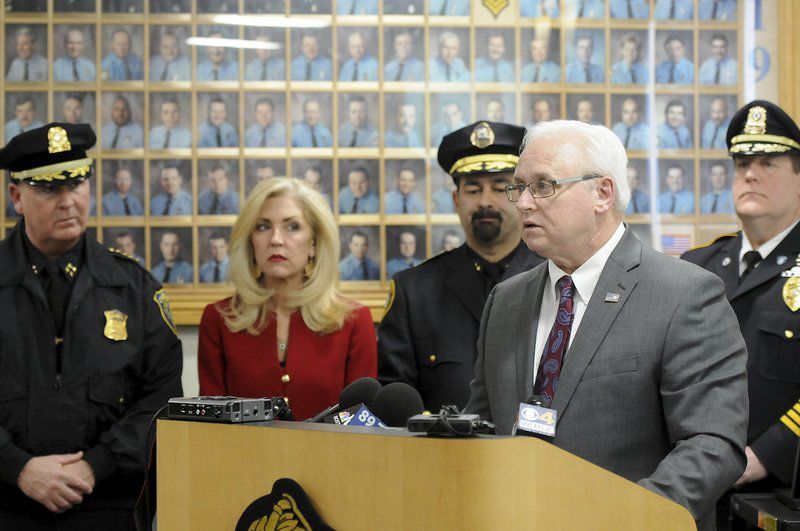 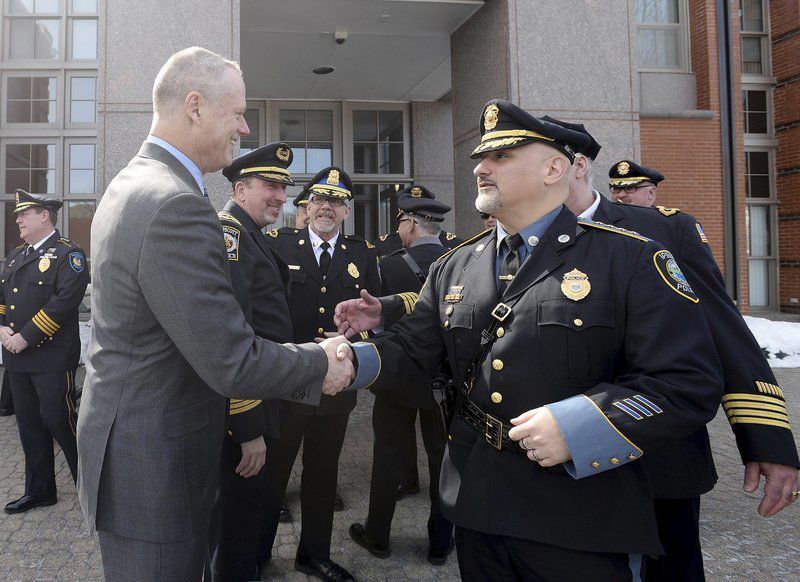 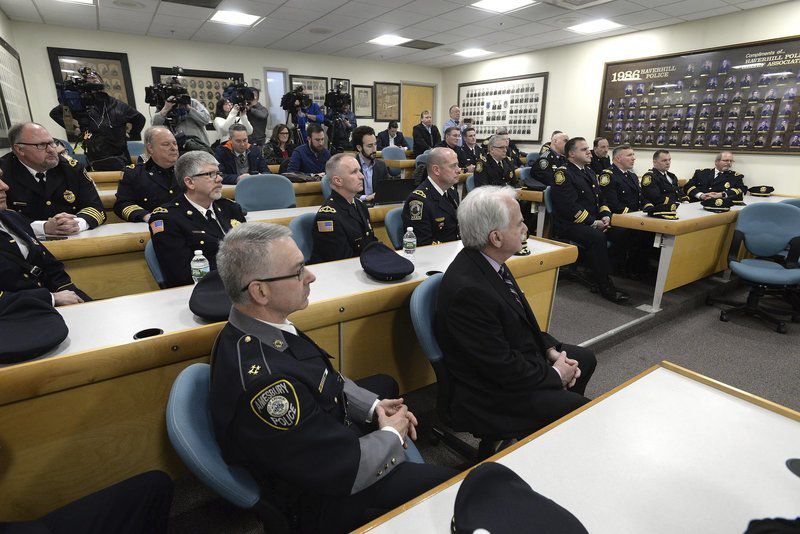 HAVERHILL — Gov. Charlier Baker joined with Essex County law enforcement officials Tuesday to call on legislators to change the state’s fentanyl trafficking statute to help stem the flow of the lethal drug into Massachusetts, and to give prosecutors the tools to put traffickers behind bars.

DeNaro offered staggering statistics on the opioid epidemic, saying that in Haverhill over the past 27 months, officers responded to 514 overdose calls and 53 overdose-related deaths.

"The impact this epidemic is having on our communities cannot be overstated," DeNaro said, adding that changes to the fentanyl trafficking statute are necessary for law enforcement to successfully prosecute dangerous individuals.

Baker said his office filed legislation last fall that would make it possible for law enforcement to more aggressively deal with this issue.

"The legislation is not complicated," Baker said. "It does two things. The first it does is to move from a standard that defines the number of grams that has to be present in a heroin/fentanyl or fentanyl-only mix, to simply say, if the fentanyl is present, then that would be grounds to arrest somebody."

He said the second point of the bill is to have Massachusetts adopt the national drug registry, so that as that registry gets updated, the state can easily incorporate new drugs that come onto that list to this state's registry, where those substances can immediately become scheduled accordingly.

Baker said the House and Senate agree that the fentanyl issue needs to be addressed with "some degree of urgency."

According to Baker's office, in 2015 — amid a rising tide of overdose deaths — the Legislature established a new offense of Trafficking in Fentanyl. While the law’s language mostly mirrored an existing provision to target large-scale sellers of heroin, the phrasing inadvertently put a greater burden on law enforcement than necessary.

Under current law, a heroin dealer who sells 90 grams of 10 percent heroin is guilty under the heroin trafficking law because he sells a “mixture containing heroin” with a weight of more than 18 grams. But a fentanyl dealer who sells 90 grams of 10 percent fentanyl sells a mixture “containing” only 9 grams of pure fentanyl — making him ineligible for a trafficking charge — even though what he is selling is a much more concentrated and lethal mixture.

Essex District Attorney Jonathan Blodgett told the crowd that the law as it stands is "unenforceable."

"Without the ability to determine the exact amount of fentanyl contained in a substance, we cannot meet our burden of proof," Blodgett said. "As a result, we simply don't prosecute trafficking in fentanyl."

Blodgett said that as the law stands, his assistant district attorneys are forced to indict on the lesser charge of possession with intent to distribute.

"This change (in the law) allows for a house of correction sentence, indeed, many defendants of this crime receive probation," he said. "This is simply unacceptable."

Blodgett said a change in the law needs to happen now.

"Fentanyl is so deadly that it is present in nearly every fatal overdose in Essex County," Blodgett said. "Fentanyl is so pervasive that some police departments do not even see heroin on the streets any more. Yet the law has our hands tied when it comes to putting the people who profit off this poison behind bars."

Blodgett also asked for more help for those who are addicted to opiates.

Bennett put it simply by saying that unless the law is changed, "you're never going to get someone for fentanyl trafficking in the Commonwealth of Massachusetts."

"Since most narcotics that are sold are cut in some way, making this simple change in the language of the statute would eliminate the requirement that the Crime Lab test for the purity of a mixture containing fentanyl in a fentanyl trafficking prosecution,” Bennett said.

Earlier this legislative session, Baker proposed a package of public safety reforms that would update drug scheduling and strengthen penalties for drug traffickers that distribute drugs, including fentanyl, resulting in death, according to Baker's office.

Mike Labella may be contacted at mlabella@gloucestertimes.com