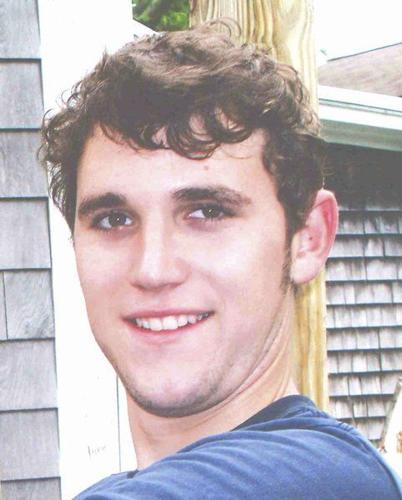 Tomas Brewer, 26, of Gloucester was killed in an accident that the Los Angeles police say was caused by an accused drunken driver. 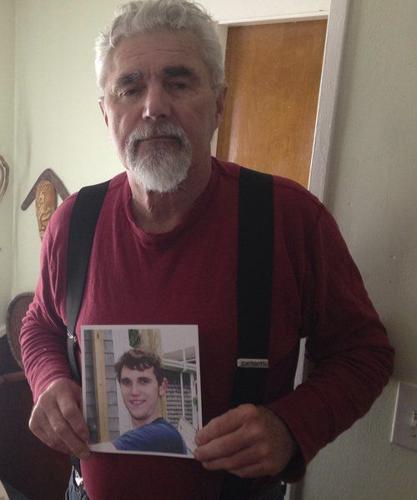 Charles "Chip" Brewer holds a photo of his son at his Gloucester home. Tomas Brewer, 26, was killed by an accused drunken driver while riding his bicycle in Los Angeles. 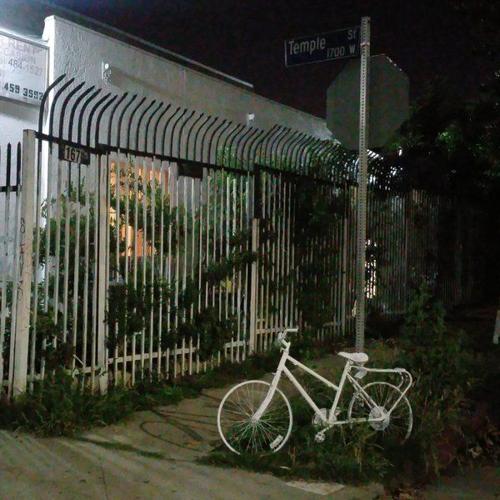 A "ghost bike" roadside memorial was created in Los Angeles where cyclist Tomas Brewer of Gloucester was killed in what Los Angeles police are calling a drunken driving accident. 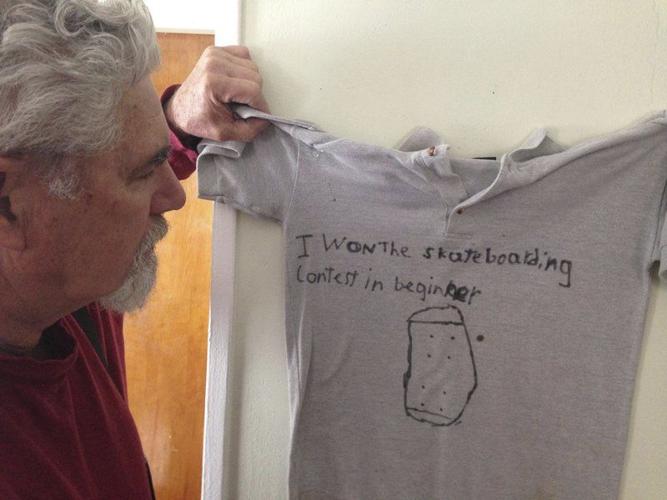 The late Tomas Brewer won a local skateboarding contest as a youngster. There were no prizes so he created his own, held by his father Charles "Chip" Brewer.

Tomas Brewer, 26, of Gloucester was killed in an accident that the Los Angeles police say was caused by an accused drunken driver.

Charles "Chip" Brewer holds a photo of his son at his Gloucester home. Tomas Brewer, 26, was killed by an accused drunken driver while riding his bicycle in Los Angeles.

A "ghost bike" roadside memorial was created in Los Angeles where cyclist Tomas Brewer of Gloucester was killed in what Los Angeles police are calling a drunken driving accident.

The late Tomas Brewer won a local skateboarding contest as a youngster. There were no prizes so he created his own, held by his father Charles "Chip" Brewer.

Tomas Brewer, when he was about 8, had fallen in love with skateboarding and decided to mix it up with the other boarders at Gloucester’s just-opened skate park to see where he stood.

“As little kids, all he and his twin brother (Shawn) could think about was how much they wanted to some day to be sponsored as skateboarders,” Charles “Chip” Brewer, their father, said Wednesday afternoon while standing in the living room of his apartment on East Main Street. “I always had to say, ‘Whoa, let’s leave that for down the road.’”

The passion, though, was irreparably sown when young Tomas emerged victorious that day as the “Best Beginner.” And since no one else was handing him a trophy, Tomas decided to make his own.

He yanked off his polo shirt and scrawled the truth, whole and nothing but, on the front:

“I won the skateboarding contest in beginner” appeared above his artistic rendition of a skateboard. “Beginner” had a bit of a smudge near the end, but that only seemed to add to the purity of the message of celebration.

The same polo shirt hung on a wall in Chip Brewer’s living room on Tuesday, an homage still to victory, but also a reflection of loss and grief.

Tomas Brewer, 26 and an avid cyclist, was riding his bicycle through his Los Angeles neighborhood of Echo Park on Saturday just after 6 p.m. when he was struck and killed by truck driven by a 22-year-old man named Cruz Tzoca, who now is being held on $130,000 bail on charges of gross vehicular manslaughter while intoxicated.

Police and the Los Angeles County District Attorney’s office said Tzoca was observed by an officer of the Rampart Division driving about 60 mph on the city streets. Other media reports have pegged Tzoca’s blood-alcohol level at twice the legal limit.

“I can’t put my hands around it,” said Chip Brewer, a retired carpenter and best known hereabouts as the inventor and founder of the Gloucester Soap Co. “At least I can function now. The first couple of days, I was in shock.”

Tomas would have been 27 next month. He first moved to Los Angeles in 2013, not long after graduating from Emerson College in Boston with a major in screenwriting. He wanted to write movies and followed the well-trod path to LA.

“He was a writer,” Chip Brewer said. “He was really creative and wrote a lot of different kinds of things. He was also a cartoonist.”

Though he’d yet to sell a script, he was working in the business. His father said he landed a job as an editor with the well-known television content producer Bunim/Murray Productions, which has produced shows such as “Road Rules,” “The Real World” and “Keeping Up with the Kardashians.”

“I know one of the reasons he went out there was because he wanted to make it, but I think he really liked it out there, too,” Chip Brewer said.

Chip Brewer and his former wife, Jayne Robbins, decided on the name Tomas, which means Thomas in Gaelic, as a tribute to the father’s Irish ancestry. It also is a name associated with twins in the Bible. They went with Shawn as a tip of the kilt to Robbins’ Scottish heritage.

Growing up in Gloucester, Tomas’ favorite haunt was Raymond’s Beach in East Gloucester, a preference he sustained throughout his entire life. He graduated from the Putney School in Putney, Vermont, and attended Burlington College in Burlington, Vermont, for two years before heading to Emerson.

Throughout it all, he was close to his full family, but extraordinarily tight with his brother Shawn.

“They were like mirror-images of each other,” Chip Brewer said.

Shawn Brewer is a printmaker and art teacher in Portland, Maine, for developmentally disabled adults and the twins’ sister, Kirsten Brewer, is an environmentalist and volunteer in Montpelier, Vermont.

“I’ve been talking to them and they tell me they’re OK, but I don’t know,” Chip Brewer said. “This is a pretty awful thing.”

The family is set to travel to California next week for Tomas’ cremation and a memorial ceremony. They will bring his ashes home and plan to have another memorial service in June on Raymond’s Beach.

“He was a bright light, just warm and sweet,” Chip Brewer said about his son while sitting at table just beneath the hanging polo shirt, the message of that jubilant day on the Gloucester hot-top still proudly adorning its front. “His brother Shawn said it best, I think. He simply called him unique. That’s what Tomas was. Unique.”

Tom Brewer, 26, of Echo Park, Calif., passed away on April 23, 2016, when he was struck by a DUI driver while riding his bicycle close to his home with a friend.