Courtesy image/ One of Claire Wyzenbeek's final illustrations for her book "Henrietta's Moon." The book is part of traveling exhibition for Cape Ann Reads now showing at Sawyer Free Library. Wyzenbeek will also give an artist's talk as part of the show. 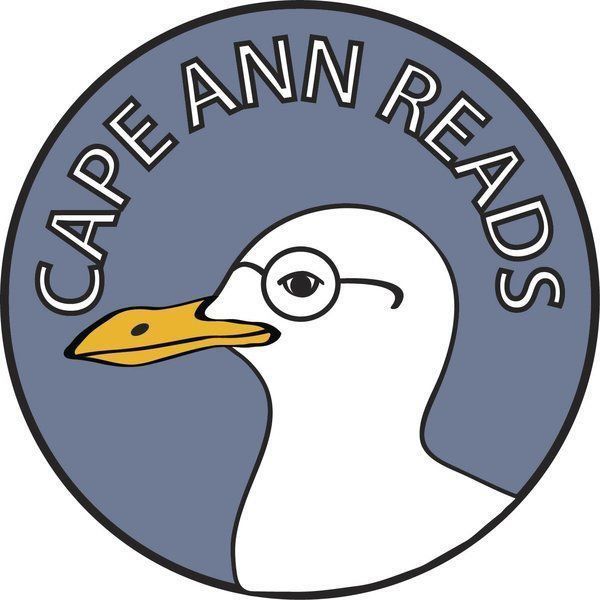 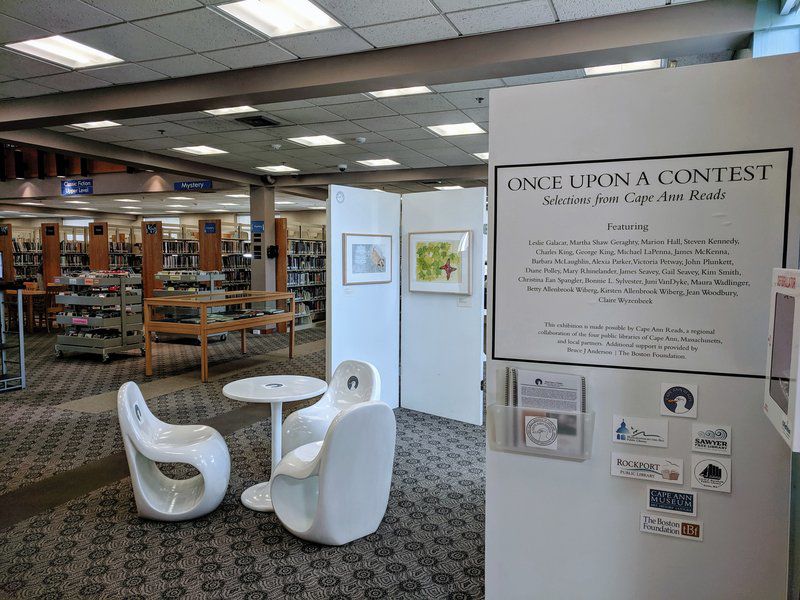 Catherine Ryan/Courtesy photo/A reading nook was created in Sawyer Free Library as part of the traveling Cape Ann Reads exhibition, which is at the library through Sept. 19.

Courtesy image/ One of Claire Wyzenbeek's final illustrations for her book "Henrietta's Moon." The book is part of traveling exhibition for Cape Ann Reads now showing at Sawyer Free Library. Wyzenbeek will also give an artist's talk as part of the show.

Catherine Ryan/Courtesy photo/A reading nook was created in Sawyer Free Library as part of the traveling Cape Ann Reads exhibition, which is at the library through Sept. 19.

The traveling exhibition, “Once Upon a Contest: Selections from Cape Ann Reads,” and its collection of children’s picture books created by local writers and artists, has made its way to Sawyer Free Library, where it will remain until Sept. 30.

The works on display range from published illustrations to unfinished pages and early designs of original books. A reading nook will be available in the exhibition for visitors of all ages to explore the themes, ideas and stories presented in the books.

“(The exhibition) is fabulous,” said Deborah Kelsey, library director at Sawyer Free. “It’s a community effort and there’s an incredible depth of talent shown through it. It’s really worth seeing.”

Cape Ann Reads is a collaboration between Cape Ann’s four libraries and local partners, such as the Cape Ann Museum, that work to encourage literacy and art through free picture book-themed workshops and monthly programming at each library.

According to Kelsey, the Eric Carl Museum helped Cape Ann Reads develop its picture book-based programming, and it has also received support from the Bruce J. Anderson Foundation at The Boston Fund.

The exhibition is a culmination of the work done by Cape Ann Reads and its director, Catherine Ryan, since the organization started in 2015.

The exhibition at Sawyer Free will feature paintings from Claire Wyzenbeek’s "Lunar and Water" series, as local artists have been invited to create a different and temporary art installation at each stop on the exhibition’s tour.

Wyzenbeek is also the author and illustrator of “Henrietta’s Moon Egg,” a children’s picture book about a barnyard hen trying to hatch the moon in her journey to have chicks. This book will be on display in the exhibition, and Wyzenbeek will give an artist talk at the closing reception at Sawyer Free on Sept. 19.

“(The books on display) are all really stimulating and I’m amazed by what people were able to create and the imagination that was shown in their work,” Kelsey said.

Each children’s book in the exhibition was designed and written through Cape Ann Creates for Cape Ann Reads, a children’s picture book contest that ran on Cape Ann in 2017 and offered locals a chance to win a first edition printing of their original book.

“The Tree in Dock Square,” a book written by Jean Woodbury and illustrated by Bonnie L. Sylvester about a New England village that rallies around a young girl after her beloved grandfather dies, was the first Cape Ann Reads Medal Book and will be on display at Sawyer Free during the exhibition.

So far, six books have been self-published and sold in local stores as a result of the contest.

“A passion for writing literature and the arts is one thing that ties all four communities together, making Cape Ann Reads a meaningful collaboration between our four libraries and the Cape Ann Museum,” said Cindy Grove, director of Rockport Public Library, in a prepared statement.

The exhibition’s temporary home at Sawyer Free will be its fourth stop on its tour of Cape Ann, which kicked off in December at the Cape Ann Museum. The tour has already gone to Manchester and Essex, and will end at the Rockport library after its installation there during October and November.

“When an institution like Cape Ann Museum embraces such an endeavor and debuts an exhibit, and special library venues follow, what an honor for all the participants and a treat for (the community),” said Ryan.

In the original version of this story, published online and in print, it was erroneously reported that "The Tree in Dock Square" was written and illustrated by the same person.