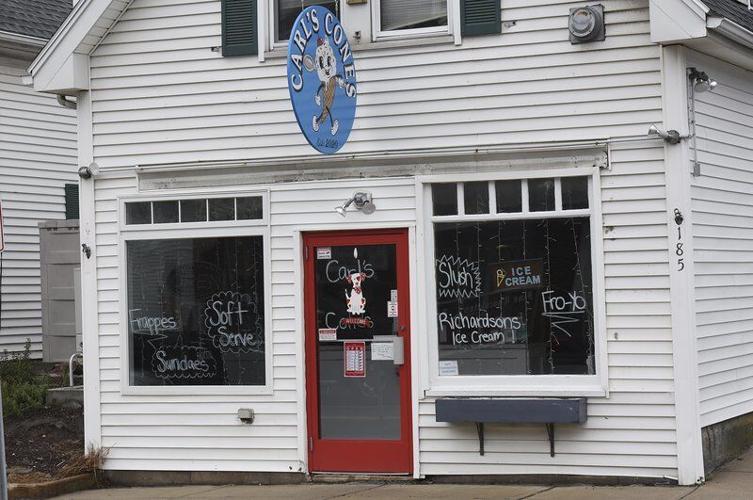 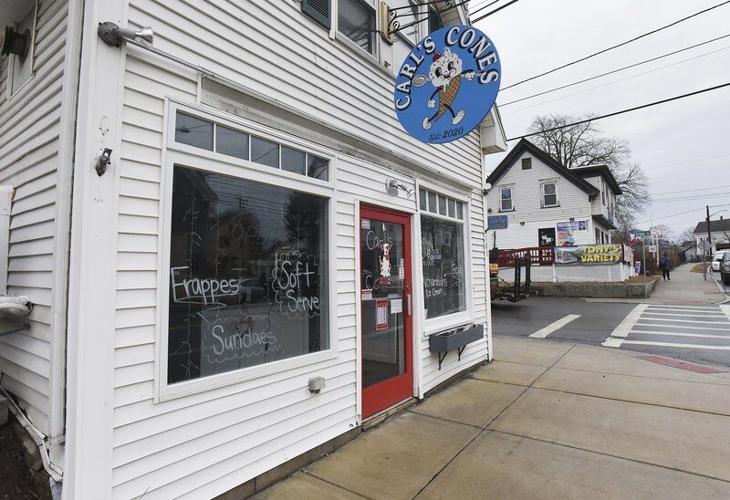 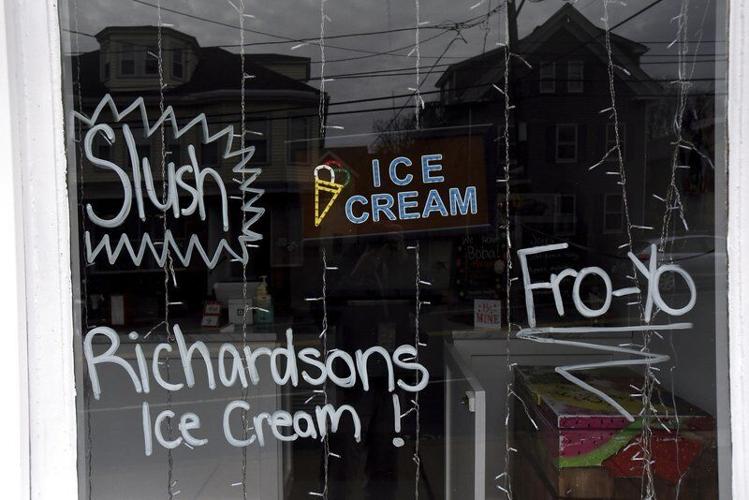 When Carlos Goulart was a child, he wanted to be an ice cream taste tester.

“He wanted to be an ice cream taste tester or a roller coaster ride tester,” his mother Rhonda Goulart said. “I told him those jobs just don’t exist anymore.”

Goulart pivoted aspirations as he got older, serving in the U.S. Army as a military police officer. He would be stationed in Hawaii, New York, and Afghanistan.

But years later, when he returned to Gloucester, Goulart and his wife Courtney began thinking about making his childhood dream a reality.

“We dabbled in real estate and came across this property,” Courtney Goulart said of 185 Washington St.

And in the year 2020, despite so many uncertainties, they were able to open Carl’s Cones, a family-run ice cream shop on corner of Washington and Grove streets.

The couple's daughter Carlie is the manager of the creamery. They also has a son, Brett.

As they acquired the property, the Goularts were able to get the right equipment from a nearby ice cream shop that had recently closed.

In October 2019, Dean Salah of George’s of Gloucester coffeeshop closed his abutting creamery, Salah’s Scoops, in anticipation of opening The Office at George's, a new bar, there.

With no plans of serving cold, creamy treats with liquor, Salah sold his ice cream equipment to the Goulart family as they set out to offer year-round treats to the community.

"The Goularts were big supporters of Salah's Scoops and when we decided to close down and they had the idea of opening their own ice cream shop, I was all for it," Salah said Friday, explaining that he sold them all of his equipment as he was going in a different direction.

“It has been a great turnout and we have had a lot of support from the community” since opening the freezers to the public on Halloween, said Courtney Goulart.

The creamery can be contacted for delivery at 978-879-4051 and has a “to go” window on the side of its brick-and-mortar location.

It's fiesta time! See our map, schedule of events, stories, and pictures from this year's St. Peter's Fiesta!

In Loving Memory of Christophe...