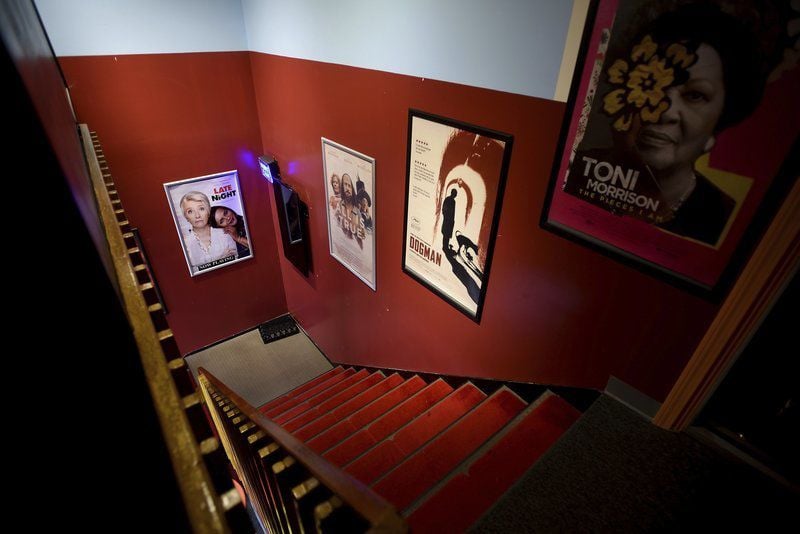 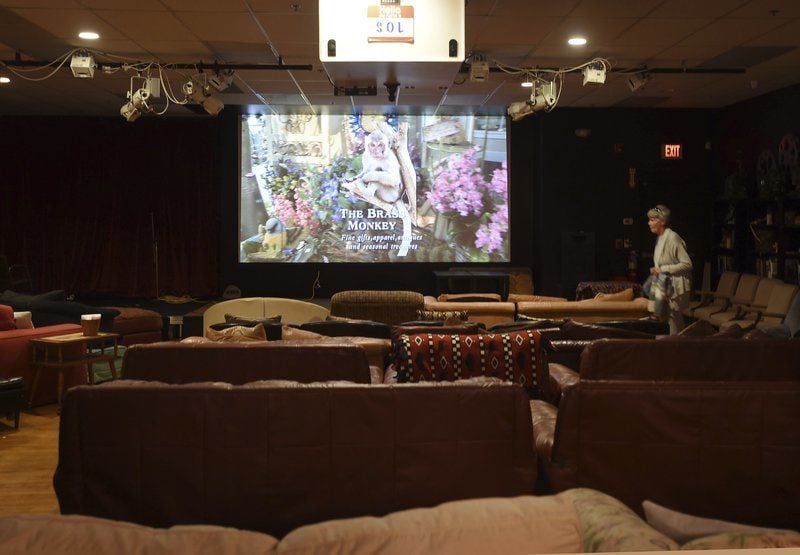 PAUL BILODEAU/Staff photo. A movie goer heads to a couch at The Cape Ann Cinema & Stage for an afternoon showing while advertisements play on the screen. After 12 years renting the space, it is moving as that part of the St. Peter's Club building at 21 Main St. is being sold. 8/6/19 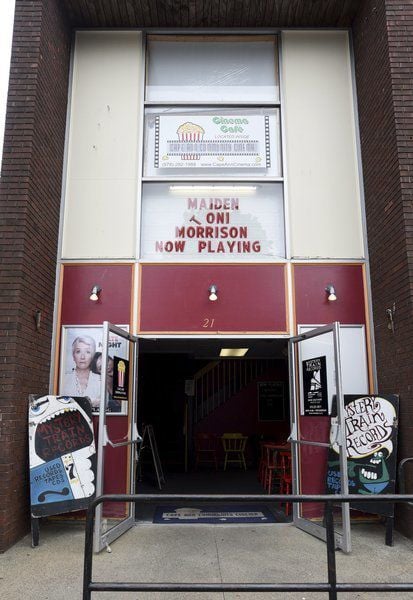 PAUL BILODEAU/Staff photo. A movie goer heads to a couch at The Cape Ann Cinema & Stage for an afternoon showing while advertisements play on the screen. After 12 years renting the space, it is moving as that part of the St. Peter's Club building at 21 Main St. is being sold. 8/6/19

Cape Ann Cinema and Stage will show its last movie at 21 Main St. ― where it has operated for 12 years ― on Thursday, Aug. 22. However, owner Rob Newton said the cinema’s closure will only be temporary.

Harbor Front Development Inc., which owns the 21 Main St. building, put the cinema’s 2,931 square foot, third-floor unit up for sale in early July with a listing price of $898,000 and expansion rights to build a fourth floor patio space, suite or potential residential unit.

Newton said he could not afford to buy the unit but that he had already thought about moving.

“We’ve had various reasons to want to find a new space, and this is just one reason we can’t avoid ...” Newton said. “We don’t plan to stay closed for long though.”

He notified the cinema’s followers of the move via e-mail Monday.

Harbor Front told Newton earlier this summer that the cinema’s lease would not be renewed. Newton said he is already looking into new spaces on Cape Ann for the business.

Neither of the spaces used by building’s other two tenants, Mystery Train Records or the St. Peter’s Club, are included in the sale. Mystery Train and the club will operate as usual.

Realtor Dawn Burnham from Engel & Volkers by the Sea, who is Harbor Front’s agent for the listing, said the sale is simply “a business decision.”

“(Harbor Front’s) investors feel the space could be better used,” Burnham said. “It’s not being used to its full potential because there is potential for a fourth floor.”

Harbor Front was originally made up of 13 members of the St. Peter’s Club who bought the building from the club about 20 years ago when St. Peter's was experiencing financial troubles.

Tony Giacalone, a partner at Harbor Front, said the group renovated the building and sold the first-floor unit to St. Peter’s  for $1 to preserve the heritage of the club. The second- and third-floor units on Main Street were rented out as commercial spaces to help recuperate the money spent on the renovations.

Both Giacalone and Newton cited rent issues as a reason for the sale.

In the coming months, Cape Ann Cinema & Stage will have pop-up movie screenings hosted at the Cape Ann Museum, Sawyer Free Library, MAGMA, Charles Fine Arts and other locations that will be announced soon.

Unused discount passes from the cinema will be accepted at each location and pre-show screen ads from the cinema’s promotional partners will continue to air at every show. The ads will also run on Newton’s movie review site, NorthShoreMovies.net, for free.

The cinema will host an all day drop-in at its Main Street location on Saturday, Aug. 24, with a party in the evening to celebrate its time in the space.

Anyone who would like to help move the contents of the theater, can provide a dry, secure and easily accessible place to temporarily store them or wants to donate to the cinema may contact Newton at CapeAnnCinema@gmail.com

“Thank you to everyone who has helped us get this far…” said Newton in the announcement sent to the cinema’s supporters Monday. “Your support has kept us a vital North Shore resource through growing pains, illness and calamity, and your support will keep us relevant for another 12 years and beyond.”