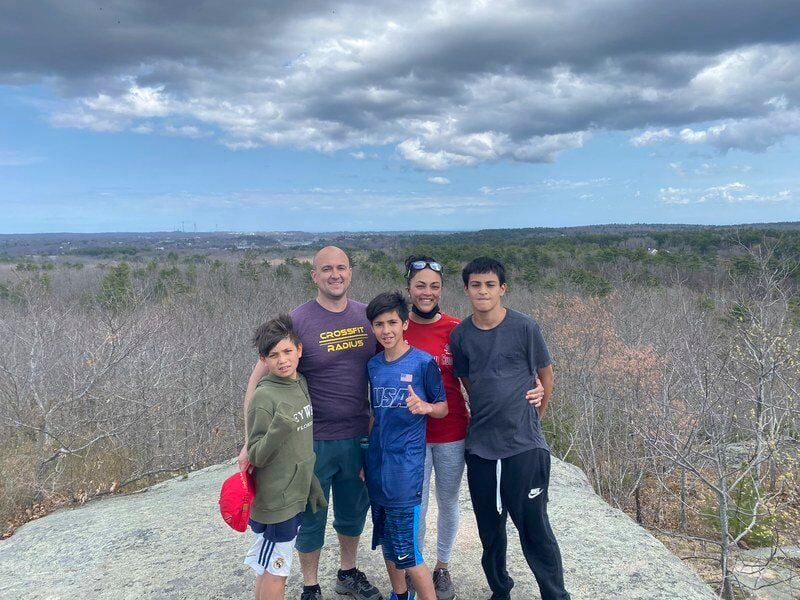 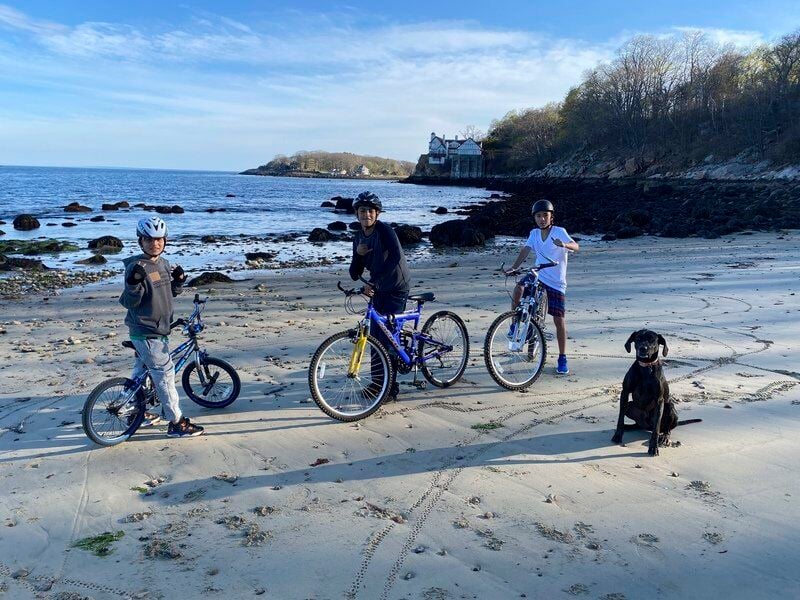 Three brothers from Colombia ride bikes on the beach. An Essex couple is in the process of adopting them.Cheever and St. Pierre/Courtesy photo

Three brothers from Colombia ride bikes on the beach. An Essex couple is in the process of adopting them.Cheever and St. Pierre/Courtesy photo

When Karra Cheever and Joseph St. Pierre of Essex began their journey to start a family, they were looking at adopting infants within the U.S.

But then they met three brothers from Colombia and their world changed.

For three weeks, the three boys, known as Daniel,13, Mark, 15, and George, 10, stayed in Essex while the non-profit Kidsave worked to find a local family to meet and help the children find a forever family in the U.S. as efforts to find a home in their own country had been difficult.

Cheever said the older kids and siblings are less likely to be matched with a family because couples are often looking for younger children or infants.

"Of the more than 420,000 kids in U.S. foster care, about 20,000 will age out this year ... Internationally, the numbers are hard to pin down. But at least 2 million to 8 million children live in institutions," reads Kidsave's website, a charity that creates programs in the U.S. and around the world to help older kids in foster care and orphanages find forever homes.

“We saw the need for these older kids and they made it pretty clear that they didn’t want to be split up,” St. Pierre said.

“I have a brother and we are really close,” he said.

First introductions were over Zoom and then Cheever, St. Pierre and their dog Hank took the boys all around Cape Ann as they hosted them as guests in their home.

“Something about it felt right,” St. Pierre said. “Almost immediately.”

A small — but notable — moment for Cheever was seeing how comfortable the couple's dog was around the boys.

"Our dog can take time to warm up to people, but he fell in love with the kids right away," she said. "It was like they had been there forever."

As they are going through paperwork to make things official, the couple have been impressed by the process and those that have guided them on the path toward adoption.

“The Kidsave program is exceptional,” St. Pierre said. “Everyone there has been wonderful to work with.”

“Everyone is there because they genuinely care and their motivation is absolutely sound,” he added.

While this Cape Ann couple is on their way to adopting the three brothers, many children are still looking for a home.

These siblings are part of a group of 23 kids, ages 6 through 16, each in search of a home while visiting communities across the U.S. through the Kidsave program.

Gloucester - A Celebration of ...