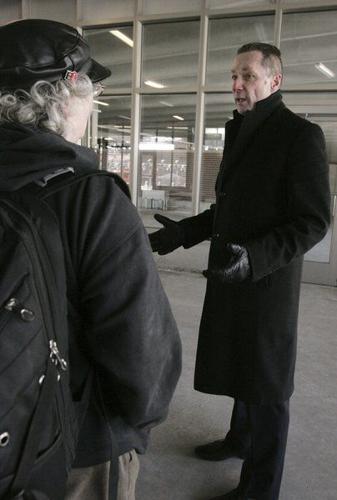 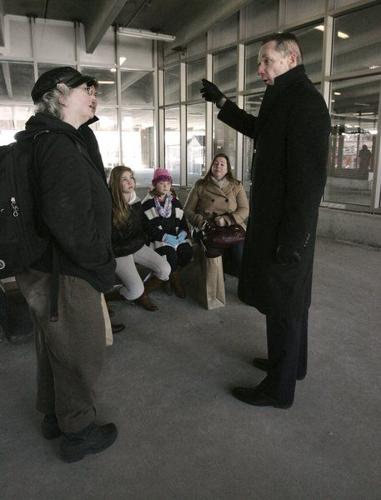 Dozens of legislators took the T to work Thursday, joining thousands of frustrated commuters who have been dealing with the beleaguered public transit system this winter.

Organizers of Gov on the T Day invited lawmakers who live within an hour of Beacon Hill to share their constituents’ experiences by taking public transit system to work.

The lawmakers didn’t report any major delays while boarding the train. Speliotis said they wore name tags and invited fellow commuters to chat. They got an earful.

Speliotis said a young attorney told him she takes the train to North Station, but then has to shell out $20 for a cab ride at least once a week because the wait for the green line train is so long she’d never get to work on time without the extra expense. A Beverly resident, Speliotis said, summed it up this way: “How possibly can we host the Olympic Games when we cannot get commuters to work on time?”

“Several passengers suggested that I visit any one of the other major transit systems in the country and the world to illustrate how far behind the times we are in Boston and in Massachusetts,” he said.

Tarr, Lovely and other lawmakers posted photos of their trips throughout the day to their official social media accounts, thanking constituents for sharing their experiences from the past three months.

State Rep. Paul Tucker, D-Salem, drove over to Wonderland Station in Revere at 7 a.m. and took the blue line into Boston. He rode all the way out to Bowdoin first and then headed to the State House. On his way home, he stopped back over at Salem Station to chat with more commuters.

“Some people will say ‘What good is this going to do?’” Tucker said, referring to the campaign to get lawmakers on public transit.

“It’s keeping the issue on the front burner,” he said. “We can’t keep kicking this down the road... The commuting public experiences (these problems) every day.”

Tucker said a constituent recently challenged him to take the train to work at least once a month. He’s been doing that since January and usually relies on public transit a few times per month. He’s also visited Salem Station to chat with commuters waiting in the cold for early morning trains.

“They have some legitimate and substantial problems,” he said, noting some trains are so “jam-packed” that conductors can’t collect fares. That’s not fair to the people who pay hundreds of dollars for a pass.

“I think things are so broken, everything has to be on the table,” Tucker said. He doesn’t believe T’s problems are caused just by lack of funding or mismanagement — he thinks it’s both. New Englanders expect their public transit system to be able to deal with snow, he noted, but there needs to be proper investment in the state agency.

Rep. Leah Cole, R-Peabody, a sharp critic at times of the MBTA, said due to the timing and location of different meetings on Thursday, she wasn’t able to take the train in to the office. She supports the effort though, saying it’s an important part of connecting with constituents on big issues. She also personally knows how “frustrating” it can be when the trains are late.

“The problems with the MBTA are one of the biggest problems my office hears about,” Cole said.

The Gov on the T effort was sponsored by Steve Kropper, a technology and clean energy entrepreneur, and Michele Rapp, a self-declared “disgruntled” commuter from Arlington. It also got a ringing endorsement from former Gov. Michael Dukakis, a regular patron of the Green Line during his time on Beacon Hill.

Staff Writer John Castelluccio can be reached at 978-338-2527, jcastelluccio@gloucestertimes.com or via Twitter at @SNjcastelluccio.