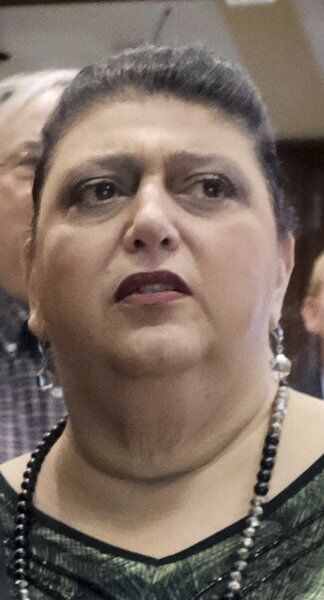 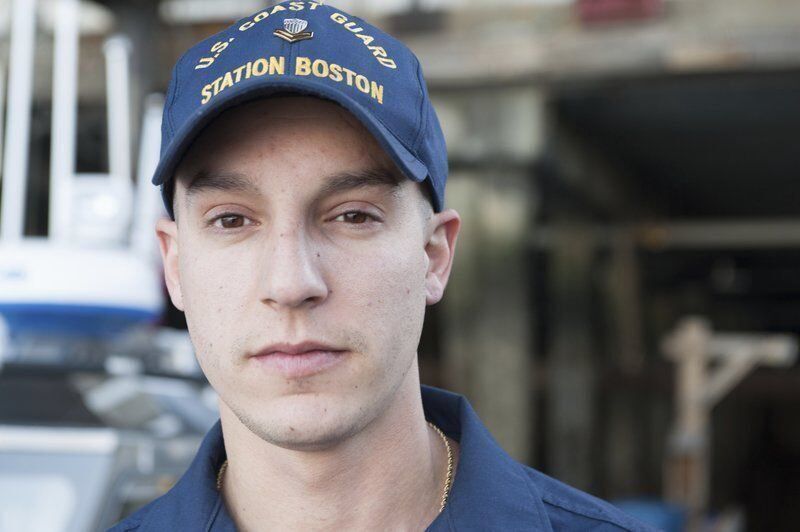 Calling her "the city's toxic leader," Gloucester's harbormaster said Mayor Sefatia Romeo Theken has over the past several years made "countless" abusive, harassing and inappropriate comments "regarding race, religion and sexual orientation" about city officials and employees and members of the public.

In a harassment complaint filed with the city last November and obtained by the Gloucester Daily Times, T.J. Ciarametaro said abuse from the mayor "has taken a toll on employees and department heads throughout the city."

Ciarametaro made similar claims in a lawsuit filed against Romeo Theken and other city officials in February. The three-page complaint, however, offers more detailed allegations against the mayor.

In his complaint, Ciarametaro, who was hired in June 2016, said he has witnessed several examples of abusive behavior by the mayor, including using "extreme bullying tactics and threats toward employees from physical violence, like 'I will bitch slap you' to sending people threatening voice messages.”

In his complaint, the harbormaster said the mayor also criticized the proposed hiring of a staffer in the Harbormaster Department because the candidate had a boyfriend in the Police Department who she said was the target of allegations that included "hookers and a sex shop.” The mayor, Ciarametaro said, said she could “not let anything from the old police investigation be brought up.”

When on a subsequent tour of the new harbormaster's office with other city officials, Ciarametaro said in his complaint, Romeo Theken began “yelling and screaming about alleged police misconduct from their tentative hire’s boyfriend.”

The candidate, she said, would be thought to have been hired only because she was "(sleeping with) everyone in the department."

In 2016, the U.S. Attorney's office and state Attorney General's office took over separate investigations where the city's former police chief, Leonard Campanello, and Sgt. Sean Conners were accused of wrongdoing.

Campanello later resigned under pressure after he was found to have misled investigators looking into his relationship with two women and inappropriately using his city-issued cell phone. Conners was investigated, and later suspended and reassigned for his treatment of two sisters. One, arrested in May 2016, was allowed by Conners to sit in the front seat of a police vehicle, without handcuffs. In the second incident, in August 2016, Conners arranged for another officer to arrest the second young woman, then ordered the officer to “unarrest” her at the police station. Conners was found to have personal relationships with both women.

Romeo Theken told a Times' reporter via text message Friday that she would not comment on anything relating to pending litigation and did not return multiple phone calls requesting follow up.

Ciarametaro filed his complaint against Romeo Theken and the city’s general counsel, Charles “Chip” Payson, after a disagreement over his outside job as an expert witness in a 2020 lawsuit that sought damages for the two surviving crew members of the fishing vessel Orin C and the estate of vessel owner Capt. David “Heavy D” Sutherland, who died during the rescue attempt.

According to the complaint, on April 7, 2020, then-Chief Administrative Officer Jim Destino called Ciarametaro to tell him his job could be at risk if he chose to stay on the federal case as an expert witness.

Destino said Romeo Theken was furious and that there was a news article from the Gloucester Daily Times that Destino was having them “hold-off on printing, but that would destroy my reputation if/when printed.”

It is unclear to what story Destino was referring. The Times' editors have never been asked to "hold off" publishing a story about Ciarametaro, and would not have done so on behalf of the mayor's administration had they been asked.

Ciarametaro, according to the complaint, was then advised to speak with Payson, who also told the harbormaster to stop working on the case as there were ethical violations. Ciarametaro, however, said he had checked with Payson and the state Ethics Board two years before taking on the role as expert witness.

Payson, Ciarametaro said, reiterated his request, telling the harbormaster to “do the right thing.”

Destino and Payson did not respond to requests for comment Friday.

After both conversations, Ciarametaro said, he reached out to Romeo Theken via text message requesting to talk about the situation.

According to the complaint, the mayor replied “no” and left an audio memo through text message that threatened Ciarametaro and his position as harbormaster. The message also included obscenities and the claim that he was a “fraud and a liar.”

As the months progressed, Ciarametaro said in his complaint, he continued to be attacked by the city’s administration.

Last spring, Ciarametaro said in his complaint, he found himself being left out of key decision-making during the COVID-19 crisis when the mayor called the governor’s office to close the city's public boat ramps in an effort to mitigate the spread of the novel coronavirus.

“Radical decisions were made without the regard or deliberation from the Harbormaster Department,” he wrote. “After these changes were implemented the department personnel were threatened in person as well on Facebook.”

Shortly after the boat ramps were closed, and after much uproar from the community, the city’s Board of Health unanimously approved a proposal from the Harbormaster’s Office and Waterways Board to reopen them.

Ciarametaro alleges that the mayor pressured city Public Health Director Karin Carroll to reverse her previous decision as the “public outcry was so great and the mayor was being personally attacked.”

The harbormaster said the Romeo Theken administration has also denied him a promised pay raise.

When the Gloucester Shellfish Department was placed under the Harbormaster’s Office, the now-retired HR Director Donna Leete typed and endorsed a March 12, 2019, memo encouraging the administration to reclassify Ciarametaro’s pay and compensation as his responsibilities increased.

According to the complaint, the mayor told Ciarametaro she would submit the memorandum into the mayor’s report to City Council for approval.

“This never happened,” Ciarametaro noted, writing that the mayor explained that he wasn’t getting paid because “the timing was not right because they had just paid the new police chief off scale and too much money but I would be given a stipend at the end of the summer for all of my additional work.”

Shortly after Labor Day 2020, Ciarametaro was notified by then-interim CAO Vanessa Krawczyk that he would not be receiving compensation for the increased work over the past two years.

When he asked Krawzcyk if he was not getting paid due to the incident that occurred on April 7, she stated “What do you think?”

“It has become readily apparent that Mayor Theken, when asked or confronted about her behavior, continuously never holds herself personally responsible for her actions and the city has yet to hold her accountable,” Ciarametaro wrote in the complaint. “Time and time again, city leadership has warned Mayor Theken, as have members of the City Council, but nothing ever changes.”

“This cannot continue to persist in our city," Ciarametaro said in his complaint, "and I believe I speak for most department heads, if not all.”

Related stories regarding complaints about the mayor

Related stories regarding complaints about the mayor