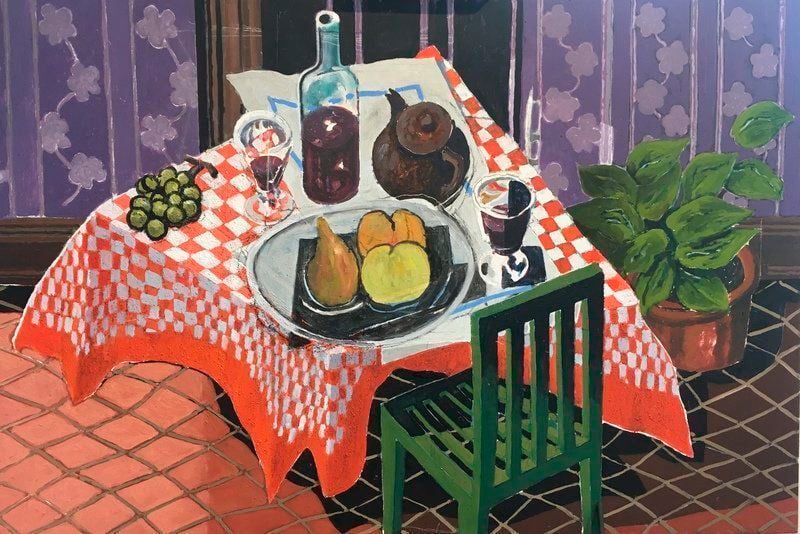 Courtesy imageThis work by Michael McKinnell was among those featured at Mercury Gallery in Rockport last summer. McKinnell died of complications from the novel coronavirus. 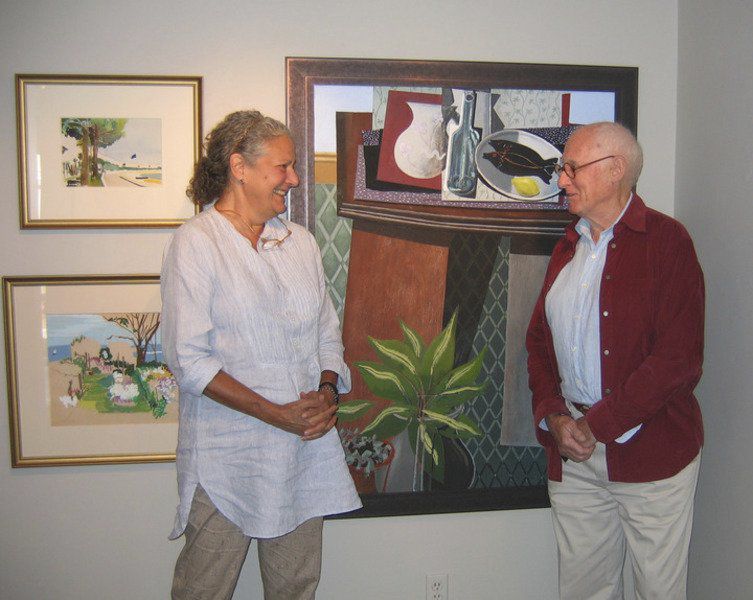 Architects Michael McKinnell and his wife Stephanie Mallis unveiled their artwork in public for the first time at Mercury Gallery in Rockport in 2013. McKinnell has died at 84 from complications of COVID-19.

Courtesy imageThis work by Michael McKinnell was among those featured at Mercury Gallery in Rockport last summer. McKinnell died of complications from the novel coronavirus.

Architects Michael McKinnell and his wife Stephanie Mallis unveiled their artwork in public for the first time at Mercury Gallery in Rockport in 2013. McKinnell has died at 84 from complications of COVID-19.

ROCKPORT — A world-renowned architect who called Rockport home passed away over the weekend due to coronoavirus-related complications.

Michael McKinnell is one of Cape Ann's first fatal cases of coronavirus. He was 84 years old.

In 1962, McKinnell, then 27, and his graduate professor at Columbia University, Gerhard Kallmann, submitted the winning designs for a new Boston City Hall building. The building, finished six years later, was controversial at the time for its raised design and generally off-kilter look. At the time, McKinnell and Kallmann were inspired by brutalism, a modern architectural movement of the mid-20th century. Brutalist architecture focuses heavily on stark geometric angles and are mostly constructed from concrete.

"We were obsessed at that time, all of us, with ... the possibilities of democracy, the possibilities of public action," said McKinnell during a forum hosted by WGBH in 2016. "That's what was in the air of the time. ... We thought the building should be open and penetrable and accessible night and day. That was the idea (behind) passing through and underneath the building."

Even today, the building pulls strong emotions from viewers. It earned the title of "world's ugliest building" from VirtualTourist.com in 2008. The late Boston Mayor Thomas Menino once considered selling the building to a private developer. Despite the public's chilly reception, many architecture enthusiasts see it as one the world's leading examples of brutalism. It earned the American Institute of Architects Honor Award a year after it opened.

McKinnell was born in Manchester, England, and graduated from University of Manchester in England in 1958. He attended Columbia University on a Fulbright scholarship, and moved to Boston shortly after his City Hall designs were selected. In 1965, he and Kallmann opened their own architecture firm, Kallmann McKinnell & Wood, with Boston architect Henry Wood. Through KMW, McKinnell helped design the American Academy of Arts and Sciences in Cambridge and the Hynes Convention Center in Boston.

Later in life, McKinnell moved to Rockport with his second wife, Stephanie Mallis. Together, they worked on painting and exhibited their work at Mercury Gallery in Rockport. McKinnell's expressionistic paintings reflected the geometric angles made famous in his architecture designs.

"He painted all his life, but he never wanted to show his paintings because he was very self critical," said Amnon Goldman, director of Mercury Gallery. "So we dragged him out of the closet, so to speak, three or four years ago (with his own exhibition). He was a fabulous painter."

Gloucester: 22 confirmed cases as of Monday at 4 p.m.