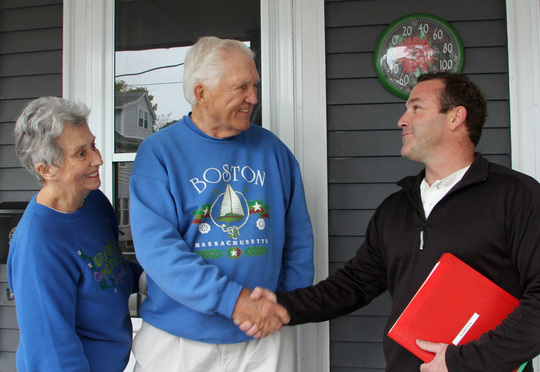 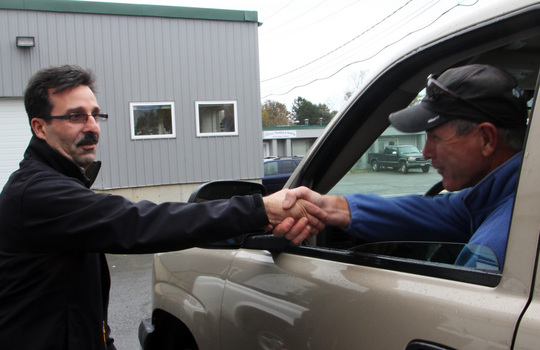 Steven LeBlanc, who owns Platinum Painting, is challenging incumbent Steven Curcuru who's seeking his third term on the council.

Voters elected Curcuru, who runs Curcuru Plumbing and Heating, to the council in 2007.

Both candidates grew up in Gloucester and have spent much of their lives in the ward. LeBlanc says he's running to give ward residents more of a voice, while Curcuru says he knows the ward well and has made strides in resolving some of its problems.

Both say they'll make an effort to represent their constituents and handle Ward 3's pressing issues.

The group, said Curcuru, would like to turn the site into elderly housing. After the election, he said, the city aims to put forward a request for proposals for the property aimed at elderly housing developers.

"Something has to get done," said LeBlanc.

He said the project is doable, despite the environmental costs associated with clearing asbestos out of the building. He cited development of the Hovey School off of Granite Street, which was turned into a housing development, as a similar project.

Aside from the old school building, candidates said they'd keep an eye and encourage the city's Phase 3 water system upgrades, which will improve water infrastructure, and roads, in Ward 3.

"This is something I've been pushing the administration for the last two or three years," said Curcuru.

LeBlanc added that it's a project that needs to get done as well. Curcuru said the project will head out to bid in the spring, and run about $5 million.

Both candidates also said they'd look to get the Washington Street corridor repair work started, once its out of the design phase.

LeBlanc said the work needs to start, as it's the gateway to the city. Curcuru said it's in need of some serious TLC. The new design would repave, plant new trees and fix the sidewalks along the roadway.

"I'm going to take care of things before they become issues," he said.

Curcuru said he knows the ward well, and has taken an active role in addressing a handful of local concerns.

He said he took a lead role in pulling school buildings in under city control. He said he does his best to answer local concerns, but often doesn't have time as a councilor to answer all of them

"I'm an advocate for the whole ward," he said.