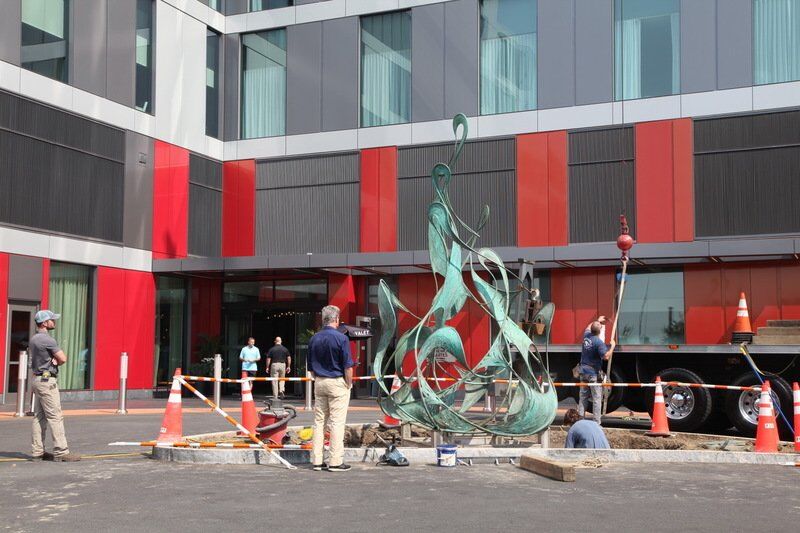 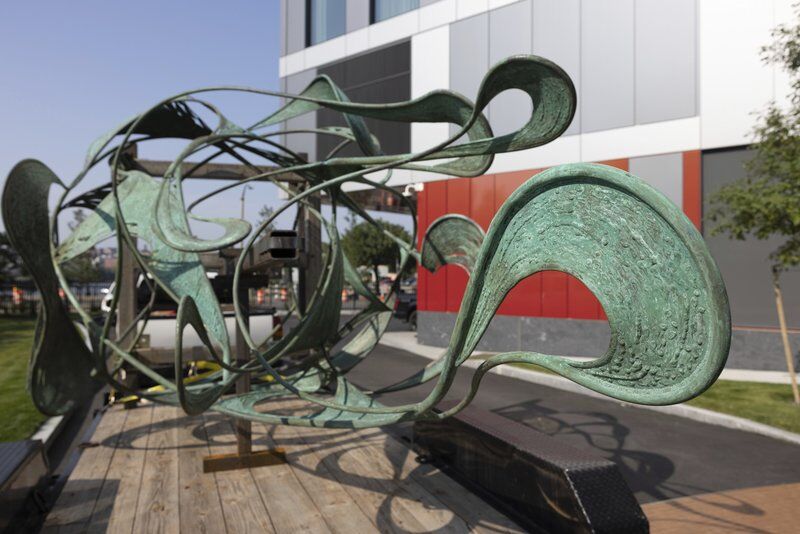 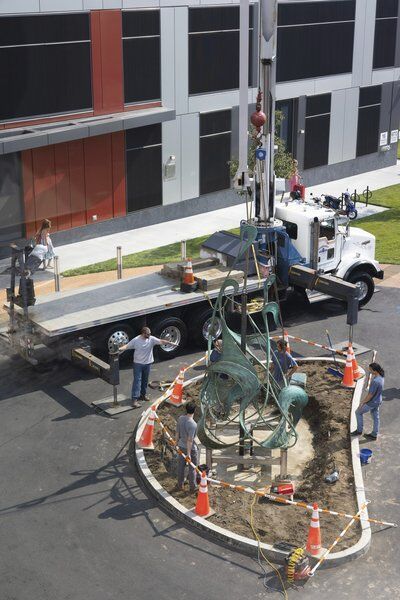 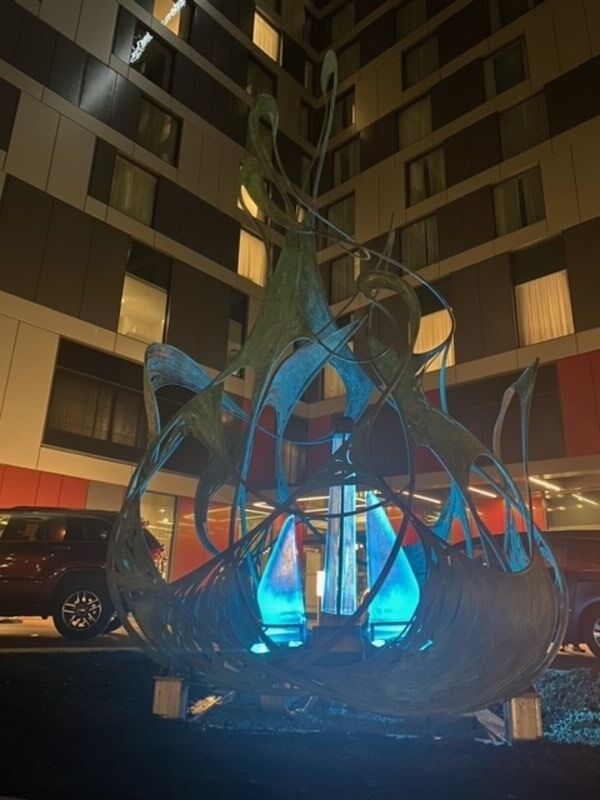 ESSEX — A 2,700-pound bronze-and-glass sculpture by local artist Chris Williams has checked in at Boston Seaport.

The piece "Arrival " is a 6-foot glass anchor surrounded by an 18-foot bronze water droplet, and was commission by the owners of the new Hampton Inn and Homewood Suites by Hilton Boston Seaport. Located at the hotel's entrance, it was reportedly inspired by Boston's Seaport and the various cruise ships that pull into the nearby channel.

"'Arrival' is a welcoming beacon for travelers from all over the world to our hotel," said Charles York, general manager of the Hampton Inn and Homewood Suites by Hilton Boston Seaport, in a prepared statement. "We are a destination and this amazing sculpture is a reminder that when you enter the front drive ... you have arrived to your destination for endless adventures by land or sea.”

Williams said he designed the piece with the hotel's guests in mind.

"This one is really meant to connect to the travelers," Williams said. "I want to show them that when they arrive, there's a lot of fun to be had here."

The glass anchor was made in collaboration with The Bubble Factory in Essex. Factory co-owner James McLeod said his team molded the glass using iron molds made by Williams.

"When we designed the anchor component, we really pushed it in terms of scale," McLeod said. "The overall height is close to six feet. It's about 280 pounds of glass. We hot-ladled everything, meaning the glass was scooped out of the furnace by hand and very quickly poured into the mold."

Williams has worked with The Bubble Factory on at least three other projects.

"I like to work with different glass shops," Williams said. "Depending on project, it lends itself to different studios."

Whenever Williams calls, McLeod said, he knows an interesting project is on the horizon.

"What's fun about working with him is that he comes to me with these limitless ideas," McLeod continued. "All his projects really push the limits of the medium. It's a really enjoyable and challenging creative process because he comes from a very different background than us."

At night, the glass anchor glows.

"The anchor is lit up below with two bronze lightboxes underneath," said Williams. "The hotel is able to change the color of the lights as well. For example, they can set it so it'll bring out colors of the bronze or if they have an event they can change it to its color theme. I really enjoy implementing lighting with my work. It brings a whole new element to the piece."

Because of its weight — 1.35 tons or 2,700 pounds — the sculpture needed to be installed by a crew of six and a crane from Shaughnessy Rentals.

"I've been coming up on 30 years" making sculptures, said Williams. "I started in my father's machine shop as a hobbyist. We would create turbines for high-speed dental drills. The stuff we were working on would fit on place mats, now we use cranes to move my pieces."

Williams said he spent about six months — from inception to installation — on "Arrival," with the bulk of work done during two and half months.

Other pieces by Williams include a bronze-and-glass seascape piece at Logan International Airport, a 20-foot tall neuron sculpture at Kendall Square in Cambridge, and a Viking sculpture for Salem State University's athletics building. He created around a dozen dragon statutes for private and public clients, one of which will be put up at the Boston Convention and Exhibition Center's garden in the coming weeks.

"The next project I'm working on is a big mermaid for a private home in Florida," he said. "We delivered a bear sculpture to Bridgewater State University about month ago. I'm very lucky and there's been a lot of great and supportive people along the way. This community has a lot of creative seeds that they know how to nurture."

Time-lapse video of the installation of "Arrival"