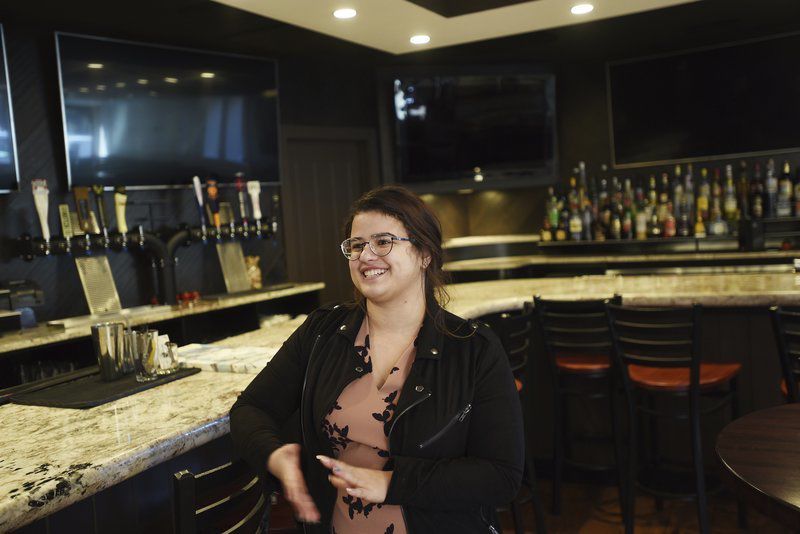 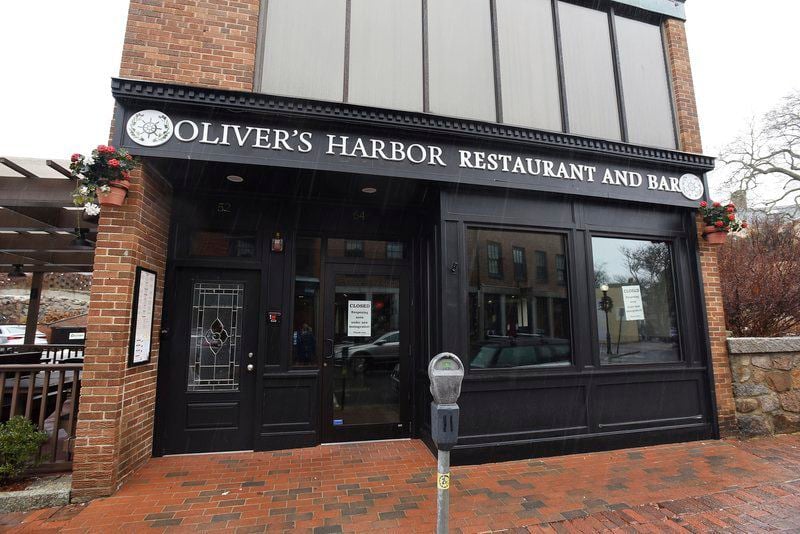 PAUL BILODEAU/Staff photo. Owner Deo Braga has closed Trio's Restaurant at 64 Main St. and is leasing the property. Members of the Oliveira and Miranda family plan to open Oliver's Harbor Restaurant and Bar in the spot this month. 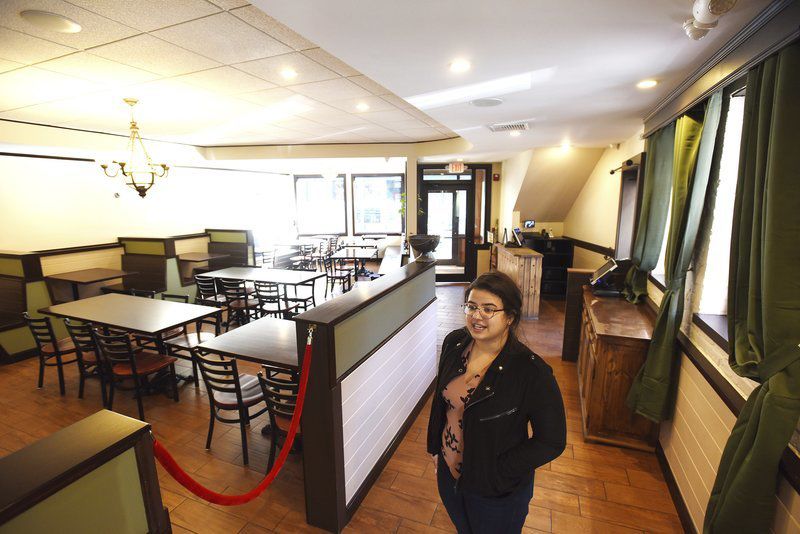 PAUL BILODEAU/Staff photo. Co-manager Johanyne Miranda, 23, of Gloucester stands in the dining area of Oliver's Harbor Restaurant and Bar, 64 Main St. in Gloucester. The new restaurant is expected to open within the month.

PAUL BILODEAU/Staff photo. Owner Deo Braga has closed Trio's Restaurant at 64 Main St. and is leasing the property. Members of the Oliveira and Miranda family plan to open Oliver's Harbor Restaurant and Bar in the spot this month.

PAUL BILODEAU/Staff photo. Co-manager Johanyne Miranda, 23, of Gloucester stands in the dining area of Oliver's Harbor Restaurant and Bar, 64 Main St. in Gloucester. The new restaurant is expected to open within the month.

A paper sign reading "Closed. Reopening soon under new management. Thank you" is taped to the window of what was Trio Restaurant and Bar at 64 Main St.

But it won't be closed much longer.

Oliver's Harbor Restaurant and Bar, a new multi-cultural restaurant managed by a former Trio employee, is scheduled to open within the month.

"We are just waiting for the liquor license to arrive and then everything will be set," Johayne Miranda of Gloucester said.

Miranda will be co-managing the restaurant alongside her maternal uncle, Carlos Oliveira.

Previously known as La Trattoria, the establishment changed over to Italiano Restaurant and Bar in 2016 when local businessman Deo Braga bought the property. Italiano changed its name to Trio shortly after opening.

When Trio closed earlier this year, Braga chose to lease the business.

"I leased the restaurant to a nice couple, they will open soon," Braga wrote in an email.

The Brazilian couple, Johayne Miranda's parents Rosangela and Gervanio Miranda, signed the lease in December and will be heading up operation of the kitchen.

The elder Mirandas were cooks at The Franklin Cape Ann at 118 Main St.

"It is going to be an American and Italian cuisine, we are going to have a lot of multi-cultural foods," Gervanio Miranda said.

"His pasta and his ravioli are the best," Johayne Miranda exclaimed.

In addition to American and Italian specialties, the family is looking to include some Brazilian specials and sushi.

It is all about family

For Johayne Miranda, the name is everything because the name represents family.

"We chose the name because our whole family's middle names are Oliveira," she said. "We wanted to incorporate it because this is going to be a nice family restaurant and we want people to come in and have a nice time."

This is far from Miranda's first time working in the restaurant business, as the 23-year-old manager began at the age of 14 at The Franklin.

"I just worked in the restaurant business ever since," Miranda explained.

She would go on to be a waitress at Italiano and then worked as a manager of Trio Bar for the past five months.

Now co-managing Oliver's Harbor with her uncle, one of the start-up owners of The Franklin, Miranda has the opportunity to continue her passions with those that she loves.

"This restaurant is for the family," Gervanio Miranda said.

Gervanio Miranda remembers when Friendly's Ice Cream at 226 Washington St., off Grant Circle, used to be the local stop for children and their families. He hopes, that with their eclectic menu and welcoming atmosphere, his family's new restaurant can be that for the community.

"Your kids come to eat and we make sure you leave happy," Gervanio Miranda said with a beaming smile. "I like making the people happy."

Oliver's Harbor will be open seven days a week and serve breakfast on the weekends.

"We want to make everyone happy and have something for everyone here in Gloucester," he said.

NEW ON THE BLOCK